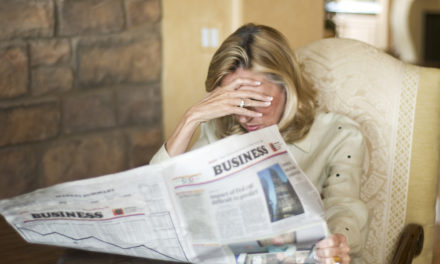 I have a big prediction for next year.

In 2020, the U.S. government’s outrageous budget deficits are finally going to matter.

That could be bad news for the stock market.

But it’s likely to be great news for stocks in one hated sector that’s been underperforming the market for years.

It’s no secret that stock market bulls have been feeding on low interest rates for the last decade.

If you don’t believe me, consider that on two occasions when the Federal Reserve tried to raise them, markets tanked.

The other was exactly one year ago … when Fed Chairman Jerome Powell made some loose comments about raising rates in 2019, and Santa Claus nearly brought all of us a sack of coal.

The stock market loves low rates for a simple reason — and it’s not because they make borrowing, capital investment and job creation cheaper.

A big bank with a couple hundred billion dollars’ worth of U.S. Treasury bills can borrow against them at next to nothing and use that to speculate on the latest growth stocks.

A cash-rich company with nothing profitable to do with it can justify stock buybacks because the next best use of the money — putting it in a bank account — pays next to nothing.

But cheap money comes at a cost.

You’ll be shocked when you learn about it … and the resulting opportunity!

The federal budget deficit matters … but not for the reasons we’re usually given.

For years, old-school financial commentators have told us budget deficits will cause massive inflation and the collapse of the dollar.

Bet it’s been a while since you heard that one!

The U.S. government has been running massive budget deficits for the last few years … but the dollar just keeps getting stronger. The Fed is desperate for a little inflation.

The old theories have been thrown on the garbage heap where they belong.

Inflation and a dollar collapse aren’t the things to fear when deficits soar.

It’s worse than that.

Every cent the U.S. government spends beyond what it takes in from taxes must be covered by a Treasury bill sold to a creditor.

For decades, foreigners have been more than willing to buy those Treasury bills, financing our debt splurge:

But as the chart above shows, federal debt held by foreigners began to level off in 2013.

From then on, foreigners — especially central banks — have been net sellers of U.S. Treasurys.

That’s because they realized from the Fed’s reaction to the taper tantrum that it wasn’t going to raise interest rates. Yields on Treasurys would thus be too low to make them worth buying. 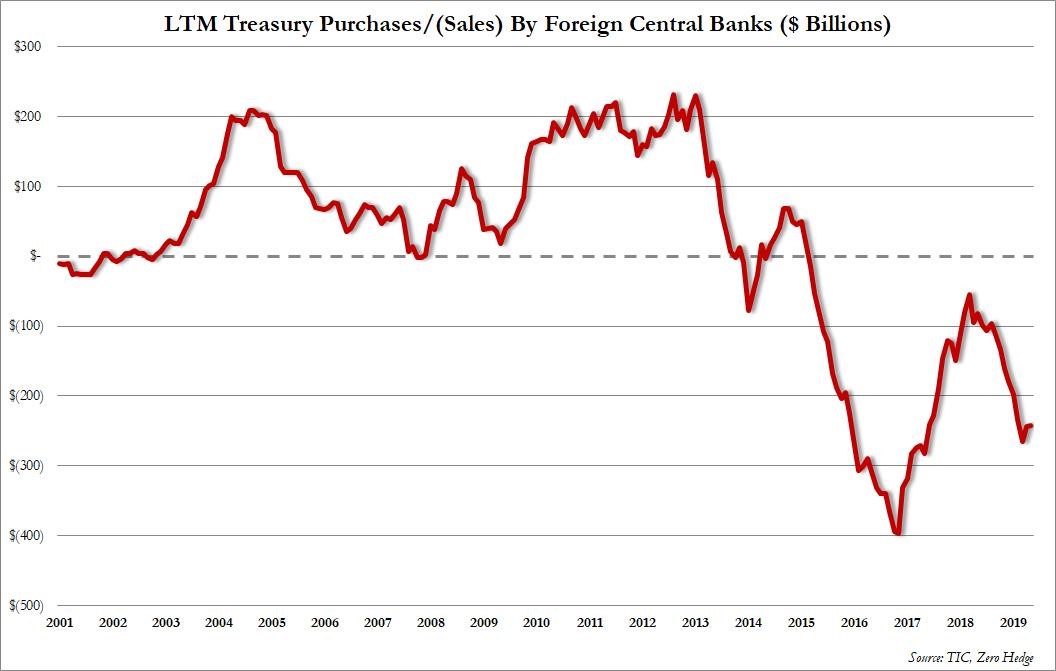 So, if deficits are rising and foreigners are cutting back their purchases of our government’s debt, who’s taking up the slack?

The big Wall Street financial houses have bought nearly all the Treasurys foreigners have left on the table since the middle of the decade.

They have an incentive to hold them. You see, to “too big to fail” goliaths such as commercial banks, hedge funds and mutual funds, Treasurys are equivalent to cash in two ways:

As Clint Lee’s Chart of the Week shows, federal deficits are rising rapidly.

Congress slashed corporate taxes and income taxes for the wealthy dramatically in 2018, but didn’t cut spending.

The federal government is now running the highest budget deficits ever outside of wartime or a financial crisis.

And since foreigners are unwilling to buy all the debt the government is issuing, Wall Street has had to step in to buy it instead.

But as we saw in September, because so much of Wall Street’s Fed reserves have been converted to Treasurys, there hasn’t been enough cash left over to meet the demand for short-term repo loans.

To conceal this, the Fed has been injecting billions of dollars of liquidity into the market by buying Treasurys from Wall Street.

Now, if you step back and look at what’s happening, I’m sure you see the problem:

Fundamentally, U.S. government debt is just passing through Wall Street institutions on its way to the Fed’s balance sheet.

The Fed could just create money and pay it to the U.S. Treasury, avoiding the whole charade. But that would send a terrible signal to global markets.

“The U.S. financial system, the U.S. economy and much of the global economy are being funded by dollars created out of thin air by the Fed. What will happen when they stop?”

A Nervous Year Ahead of Us

A house of cards like this makes investors nervous.

Nervous investors have a hair trigger that says “sell.”

It’s likely to go off if they suspect the Fed is going to turn off the money tap.

That sets up the stock market for a potentially sharp downturn if everyone panics at once.

There is, of course, one solution: Raise interest rates.

That would force up the yields on Treasurys and encourage foreigners to start buying again.

But that would also send the stock market into a panic, just as it did in 2013 and at the end of last year.

That’s why 2020 will be the year when the Fed accepts that Treasury yields and interest rates high enough to attract foreign buyers are the price of the enormous debts being run up by Washington politicians.

It’s going to take the punch bowl away from the stock market … not because it wants to, but because printing money is an unsustainable solution, and everyone knows it.

That’s going to lead to a temporary correction as Wall Street adjusts to the new normal of higher interest rates.

But one cluster of firms is going to get a big boost out of those higher rates: U.S. banks and other financial institutions.

That’s because higher interest rates mean they can raise rates on their own lending, increasing their margins and fattening their profits.

So, as you can see, the U.S. banking system is at the center of all of this.

That’s why my stock recommendation to get ready for 2020 is the Financial Select Sector SPDR ETF (NYSE: XLF).

P.S. If you’re looking to increase your income in 2020, you should check out my new book, Endless Income: 50 Secrets to a Happier, Richer Life. It’s full of income-boosting secrets that anyone can take advantage of. I’d like to send you a FREE copy as soon as possible, so click here to claim yours now.