For last year’s prediction, I presented several stocks — one of which is up 173% since then!

My prediction for 2020’s red-hot stocks is a bit different from last year’s.

Shares of these companies are already up … but they’re not done.

Recently, one of the best places to invest has been the biotech sector.

The Nasdaq Biotechnology Index (NBI) is on pace for its best quarter in more than six years.

There’s still a long way for this bull to run. And we have two opportunities to ride this trend to the very top.

Biotech stocks are naturally speculative. You don’t want to use your lunch money to buy them — but they can deliver life-changing gains.

Read on to learn how…

In Jeff Yastine’s and my Profit Line service, we scan the market for large, timely buys by investors who are “in the know.”

Over the past year, insiders and institutions have invested more money in biotechs than any other type of stock.

And I believe those cash inflows will continue to fuel this sector’s momentum.

I’d like to show you an example of a biotech stock breakout from earlier this year. It offers a blueprint for making money with biotechs.

The biotech firm was trading for about $19 a share at the start of the year. On November 24, it agreed to be acquired for $85 a share in cash.

It was a great outcome. And — believe it or not — it was predictable.

In the months leading up to the deal, a small group of firms was buying MDCO shares like clockwork.

There were a few firms that we want to pay attention to.

One was Sarissa Capital Management. Its chief investment officer, Alexander Denner, is also the chairman of the board of Medicines Co. Thanks to his knowledge of the company, Sarissa kept buying shares.

Renaissance Technologies first bought shares in the second quarter, but by the third quarter, it had more than tripled its position.

And it paid off big-time. Shares are up more than 350% since the start of the year.

Since these institutions did so well on MDCO, it makes sense to watch what they’re buying now — particularly Renaissance and Maverick, which increased their biotech holdings in the third quarter.

I want to tell you about two of the stocks they’re buying.

If biotech continues to soar, as I expect, these names will do well next year … and beyond.

Renaissance Technologies is one of the most successful hedge funds of all time. Its flagship Medallion fund has generated nearly 70% annual returns before fees since 1998!

So, when it buys a lot of a stock, I pay attention.

In the third quarter, Renaissance increased its stake in United Therapeutics Corp. (Nasdaq: UTHR) by almost 50%. It owns about $300 million in shares today.

One of its products, Orenitram, was just cleared by the FDA to be used for pulmonary hypertension.

CEO Martine Rothblatt says she believes United will be able to double the number of patients using the product in two to three years, and then double the count again in a couple more years.

Orenitram is United’s third-best-selling product. But if Rothblatt’s forecast is accurate, it could become the largest over the next few years.

United has traded close to $190 per share in the past — but it’s currently recovering from a tough spell. Its shares bottomed in the mid-$70s in July and have retraced to near $90. The trend is positive, which I like to see.

But if the CEO gets her wish with FDA approvals, this stock could jump at least 30% next year.

Since then, it has increased its stake sixfold to more than 5 million shares.

Maverick is Atara’s second-largest shareholder. And it’s in great company.

The Baupost Group is the largest. It has increased its stake each quarter this year too.

Atara doesn’t generate revenue yet. It’s in phase 3 tests with its tab-cel product, which treats a rare cancer.

The firm just shared some data from those tests at the American Society of Hematology meetings in Orlando, Florida. One analyst I follow was positive about the prospects for this immunotherapy.

Atara is on the right path. It could easily move 50% higher next year as it completes its phase 3 trials and advances its other products.

Your Speculation for the New Year

Biotech has been strong … especially this past quarter.

I believe that strength can — and will — continue.

We’re developing treatments today that will extend human life even further. And those successes will also fatten your pocketbook. Following the leaders is the best way to do so.

I suggest you grab these names now to make your 2020 a bit merrier.

P.S. Our Profit Line service focuses on under-the-radar stocks in some of the hottest industries on the planet, such as biotech, cannabis and artificial intelligence. And its unique algorithm is telling us that massive gains could be just days away … so please act quickly to help ensure that you don’t miss out. For the complete details about our groundbreaking trading system, click here. 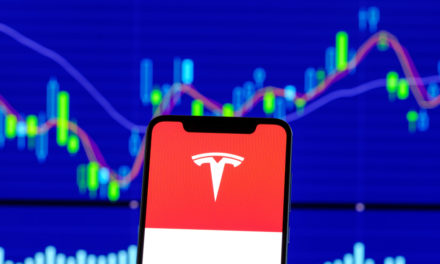