Home » Investing » Stocks » This Stock Penalty Is Eating Away Your Profits

This Stock Penalty Is Eating Away Your Profits 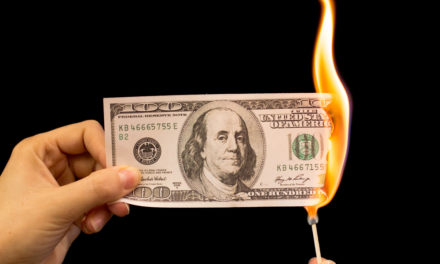 What would happen if the stock market players with excess cash packed up shop and left?

It sure wouldn’t be good for you!

But it might be happening … so you’d better start thinking about how you’re going to deal with it.

You see, I’ve noticed chatter about the lack of “liquidity” in U.S. financial markets recently.

Liquidity is just a $10 word for cash on hand. The concept might be simple, but the mechanics aren’t.

For the stock market to function, there must be the same number of buyers and sellers for stock transactions.

Obviously, however, at any moment during the trading day, there might be more buyers than sellers, or vice versa.

That’s why institutions known as “market makers” buy stocks and keep them in reserve so they’ll be available when buyers want them. Otherwise, people who wanted to sell stocks might not be able to, even if there were willing buyers.

Market makers profit on small price differentials of a cent or so per share on each trade. It’s not a lot, but it’s a useful way for big financial institutions to deploy excess cash.

The problem is that recently, there’s been a lot less excess cash than usual.

That could be a big problem … especially if you wanted to sell some of your own stock holdings in a hurry.

Market making is invisible but essential.

Here’s what can happen if market makers don’t hold enough shares — i.e., liquidity — to balance out fluctuations in supply and demand.

Let’s say you want to liquidate a thousand shares of AT&T (NYSE:T) to make your required minimum distribution (RMD) from your IRA.

But let’s say that the market maker who normally keeps AT&T shares on hand has decided to scale down that part of their business.

There might be buyers willing to buy your AT&T shares at the market-clearing price — say, $37.81 per share.

But since the market maker is cutting back, they don’t want your shares at that price. The tiny profit they can make by mediating between you and potential buyers is too small compared to other uses of cash, such as investing in fancy derivatives.

The market maker might still buy your shares, but they’d offer you a much lower price — say, $37 a share.

To make your RMD, you’d have to sell even more shares … losing even more profit per share.

That’s why, without liquid market makers, stock markets become volatile as buyers and sellers scramble to complete their transactions.

And there are worrying signs that liquidity is evaporating as market makers put their cash to other uses.

No Buybacks, No Liquidity

There’s another important type of liquidity.

I’ve often written about stock buybacks by U.S. corporations. Until recently, every quarter saw a new record for the value of share repurchases.

By repurchasing, companies decrease their shares outstanding, increasing their earnings per share. That makes them look more attractive to investors.

But that’s not the only reason they do it.

Whenever we’ve had a big dip in stock prices, like at the end of last year, U.S. companies have stepped in to buy back their own shares when they’re cheap. That boosts their share price back up, which makes investors happy.

But these big share buybacks — $800 billion worth last year alone — make the market look more bullish than it is.

In fact, since the beginning of 2019, investors have pulled billions of dollars out of stocks and moved it into bonds, cash and other safe havens. Share buybacks mean stock prices haven’t gone down despite all that selling.

If that trend continues, it means a big source of demand-side liquidity is evaporating.

Prepare for Illiquidity Before It Starts

In an illiquid market, buyers and sellers have a harder time connecting with each other because market makers aren’t keeping as many shares in reserve.

Reduced share buybacks by companies encourage market makers to do just that, because they know that that source of demand is declining.

That means the scenario I sketched out above — where you need to liquidate stock holdings but are forced to do so at lower prices because of lack of liquidity — could well happen soon.

To prepare for it, look at your portfolio closely.

But instead of focusing on changes in share price, look at trading volumes — especially the average daily trading volume over the last three months.

With that information, you can plan.

You can also plan to liquidate low-volume stocks when they reach a price peak so you can get as much out of them as possible before liquidity evaporates.

Investors have had a good run over the last decade, with a long — if recently unsteady — appreciation of stock prices. Liquidity has played a critical role in that process.

As liquidity declines, make sure you sell likely traded positions to raise essential cash before illiquidity makes some of your profits go circling down the drain. 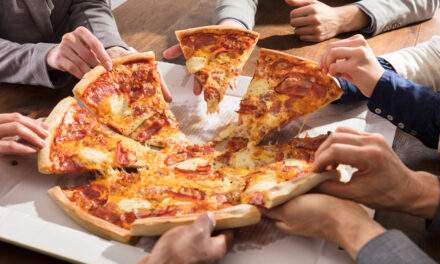 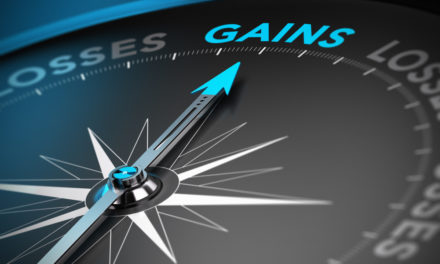 This Stock Has Momentum — Even When Times Get Tough