Home » American Investor Today » Lithium Stocks Collapsed, but the Battery Revolution Could Cause a Rally

Lithium Stocks Collapsed, but the Battery Revolution Could Cause a Rally 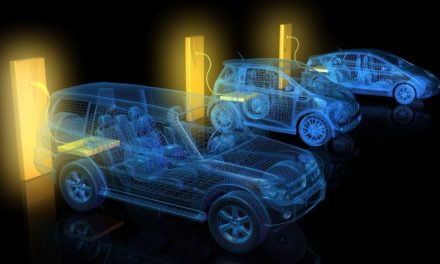 Back in June 2017 , I told Winning Investor Daily readers to buy the world’s largest lithium miner, Sociedad Química y Minera (NYSE: SQM), for around $37 per share.

At the time, SQM shares were already up 200% and showed no sign of slowing down.

But by September 2017, that situation had changed. The demand for lithium wasn’t growing at the rate folks expected.

And I warned that there was a lot of lithium around. Here’s what I said about SQM then:

This stock is up 200% since January 2016. The interesting thing is that in July 2017, the price increase shifted into a much steeper climb. This could be a blow-off top in the metal.

If you have big profits in lithium stocks, tighten your stops. If you hit your stop, sell and take the profit.

Turns out I was right on. As you can see from the chart below, SQM topped out less than four months later, in January 2018. 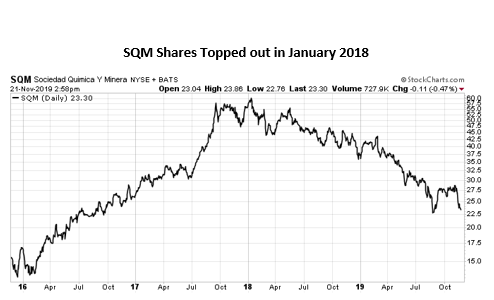 If you bought in June 2017 and tightened your stop-loss in September, then you probably sold in October 2017.

You could have made a quick 35% in just four months.

And then, the lithium bull market turned over…

Why I Predicted a Bust — and What Happened

In March 2018, I warned about the impending bust . Here’s what I said back then:

There is a lot of [lithium] supply on the horizon. Mining giant Rio Tinto’s (NYSE: RIO) Jadar project in Serbia should come online in 2023. It is the second-largest lithium project in the world.

Today the lithium price is high. However, projects like Jadar will pull it back to earth in a hurry.

Lithium isn’t an unusual metal. And unlike gold or platinum, mining it is relatively simple. Much of it comes from brines, which are pumped out of the ground through wells.

SQM was partly to blame for the collapse in price. I discussed it last month:

[Lithium prices] peaked in May 2018 around $296 per metric ton. The lithium price fell steadily after that. It’s currently at $161 per ton and still falling.

The problem was oversupply. As the price climbed, the big lithium producers ramped up production … a lot.

It flooded the market.

The price might be bottoming right now. And a rally could be on the way. We’ll see whether the growth in specialty batteries, such as those for cars and for the grid, can bring supply back in line.

If so, lithium prices could head higher again.

We’re not ready to buy yet, but this is a sector we’re keeping a close eye on in Real Wealth Strategist.

I’ll let you know where I see lithium stocks heading in Winning Investor Daily in 2020. 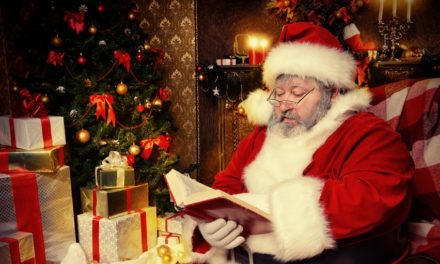