“The sea was angry that day, my friends, like an old man trying to send back soup in a deli!”

Like the sea in the above quote, the market has felt quite angry as of late.

The rhetoric out of the U.S. and China certainly is.

Will we have a trade war or won’t we?

I assure you neither side wants one, but no one wants to back down either.

Through June of this year, we’ve already seen 61.

The NYSE has gone from 100-point swings 6% of the time … to almost half the time!

Volatility is back in a big way. But if you’re like me, you may also wonder if these drops to the downside will continue.

I use a variety of tools to assess the health of the market.

One of them is a straightforward one. Continue reading and I’ll show you…

It’s called the cumulative advance-decline line (ADL). It may sound complicated, but it’s not. It simply measures the number of stocks moving higher versus lower. 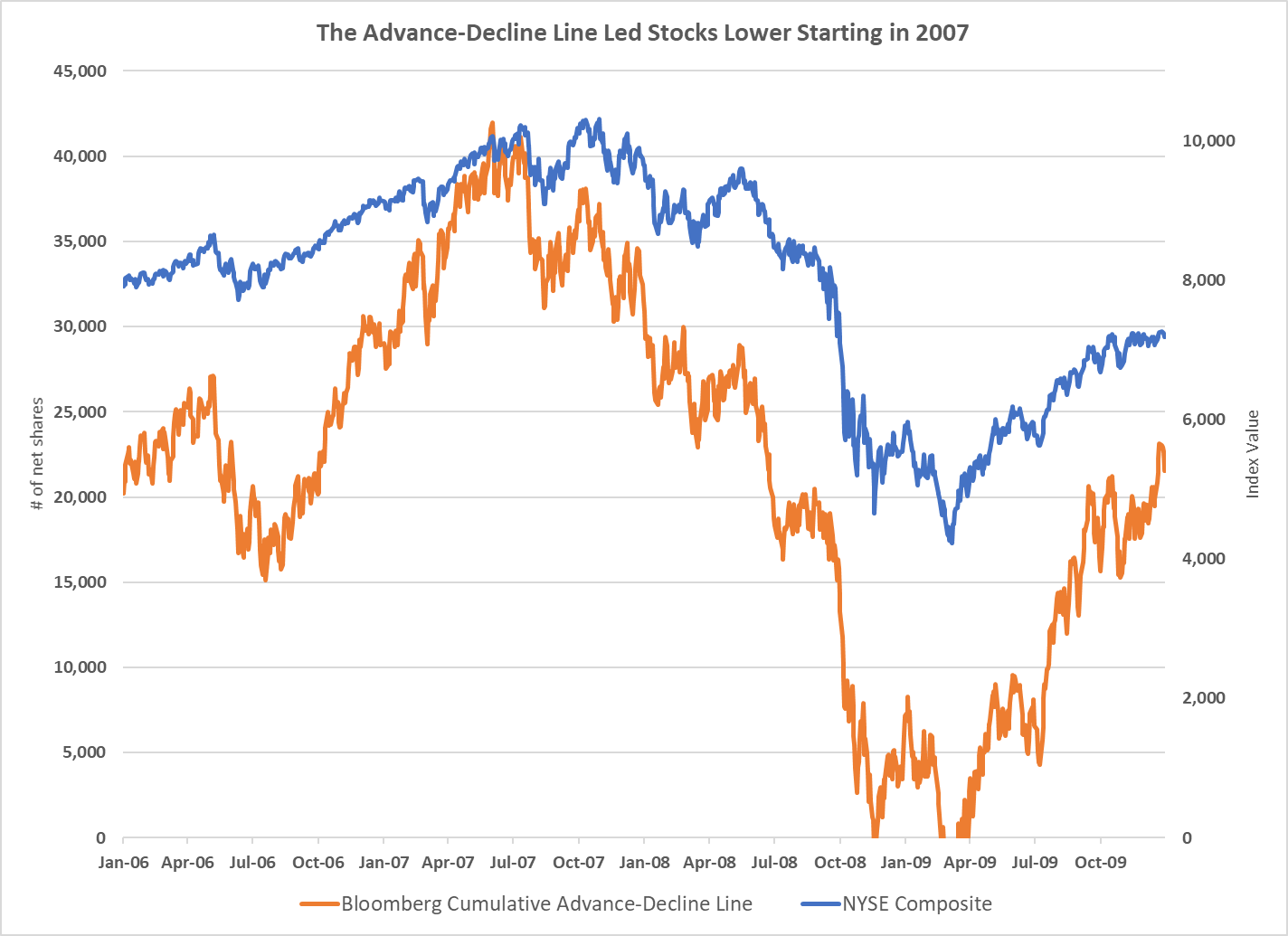 The left axis in the above chart reflects the cumulative difference between stocks moving up and those falling. The right axis is the value of the NYSE Composite Index.

The ADL tipped us off to this happening.

We aren’t getting that tip yet today: 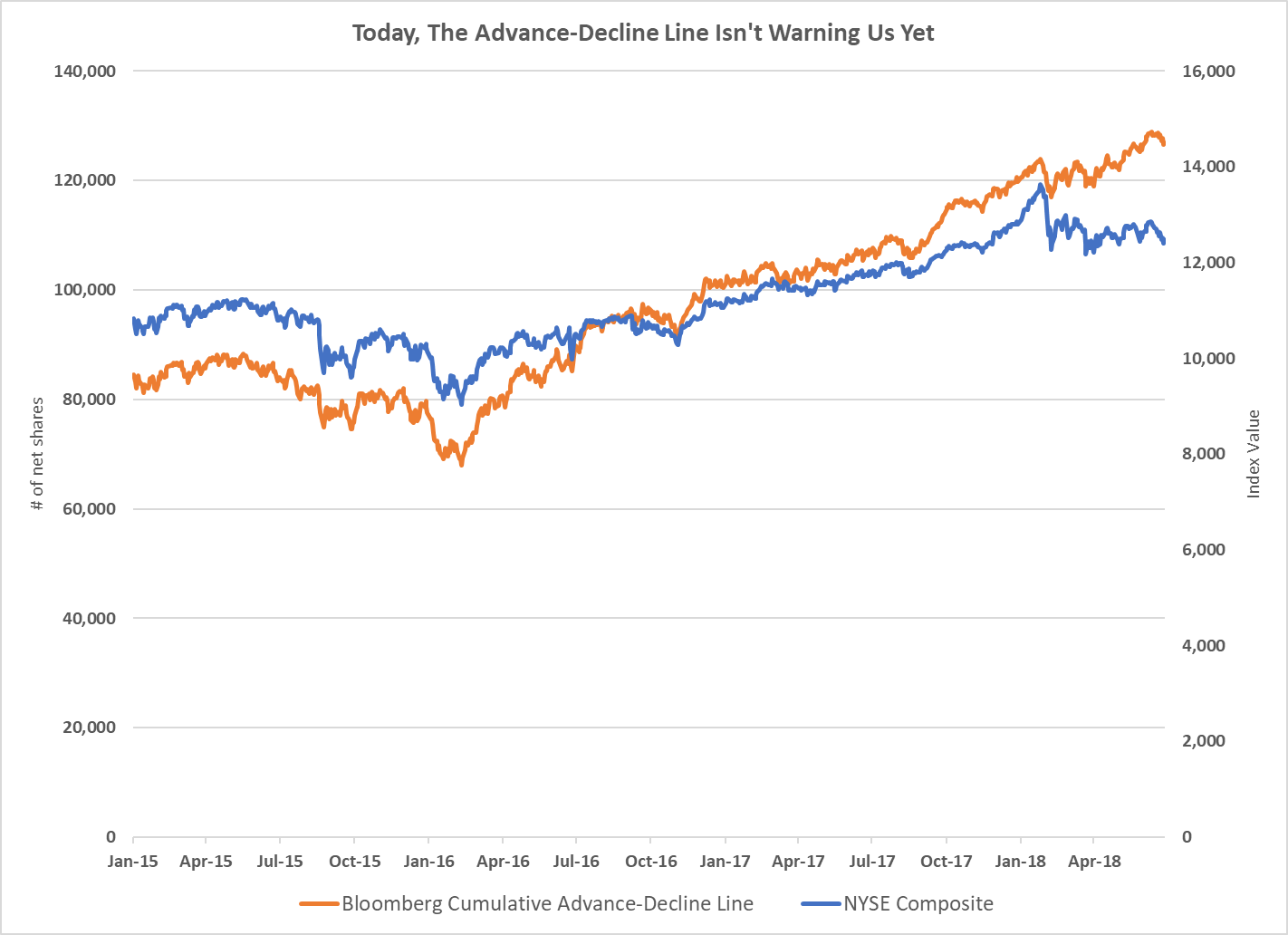 You can see the ADL continues to move higher, while stocks have taken a break.

The trend of the market is solid … but we need to continue to monitor it.

We want to use the ADL to our advantage.

The metric isn’t available in every free data service. I’m using one from Bloomberg. I will continue to monitor it on your behalf. Be sure to follow this e-letter so you don’t miss an update.

In the future, I will present some other metrics I use to assess where the market is today.

Editor’s Note: Ninety-three percent of American voters and politicians on both sides of the aisle agree: It’s not a matter of IF medical marijuana will be legalized … it’s WHEN. And by positioning yourself ahead of the mainstream, you have the chance to begin turning every $50 into more than $2,080 as the market surges 4,067%. Don’t let this rare opportunity to build massive wealth pass you by! To find out how you can turn a small stake into a retirement fortune, click here.

This Cloud Pioneer Is Now a Takeover Target

Why You Should Buy Stocks After A Market Correction