Back in February, I wrote that “a rare opportunity is presenting itself” for value investors, and recommended an exchange-traded fund (ETF) for you to buy.

What was the “rare opportunity”?

A chance to buy into the beaten-up, heavily undervalued retail sector.

Four months later, the ETF I recommended, the Invesco Dynamic Retail ETF (NYSE: PMR), is up more than 8%.

In my opinion, it still has even higher to climb as we head into the second half of the year, and especially the end-of-year holidays.

The rise of U.S. consumer spending is one of the year’s most under-reported stories.

As I noted in February, the National Retail Federation (NRF) expected retail sales for the year to rise as much as 4.4%. The U.S. economy was continuing to grow and wages were rising.

All three trends are still very much in place.

As the NRF’s chief economist noted last week: “We have seen ongoing momentum over the last several months and believe sales growth should remain healthy and consistent with our 2018 outlook.”

Consumer spending rose 0.2% in May. Yes, that was a bit weaker than economists expected. To me, it’s just the “pause that refreshes” before spending kicks into higher gear this fall. And it comes after consumer spending jumped 0.6% in March and 0.5% in April.

But that only tells half the story about why buying a retail ETF is the right move now. The other half is the beaten-up nature of most retail stocks.

The Death of Retail?

Amazon, of course, continues to be a massive force. No argument there.

You couldn’t read a website or watch a news channel without hearing about the so-called “death of retail.” America, we were informed, would soon be known as the “United States of Amazon.” Malls would be paved over to serve as landing zones for all of Amazon’s package-delivery drones, no doubt.

Like most market trends, it was way overdone to the downside.

As I noted in February: “The weakest retailers, like Sears and other marginal store brands, were already on their way out. All they needed was for Amazon to shove them out the door.”

Meanwhile, plenty of retailers, like Walmart, Home Depot, Kroger and others, have figured out how to “do” online sales — creating an opportunity for value-minded investors to pounce on an oversold sector. Hence the 8% rebound in the PMR ETF in recent months. 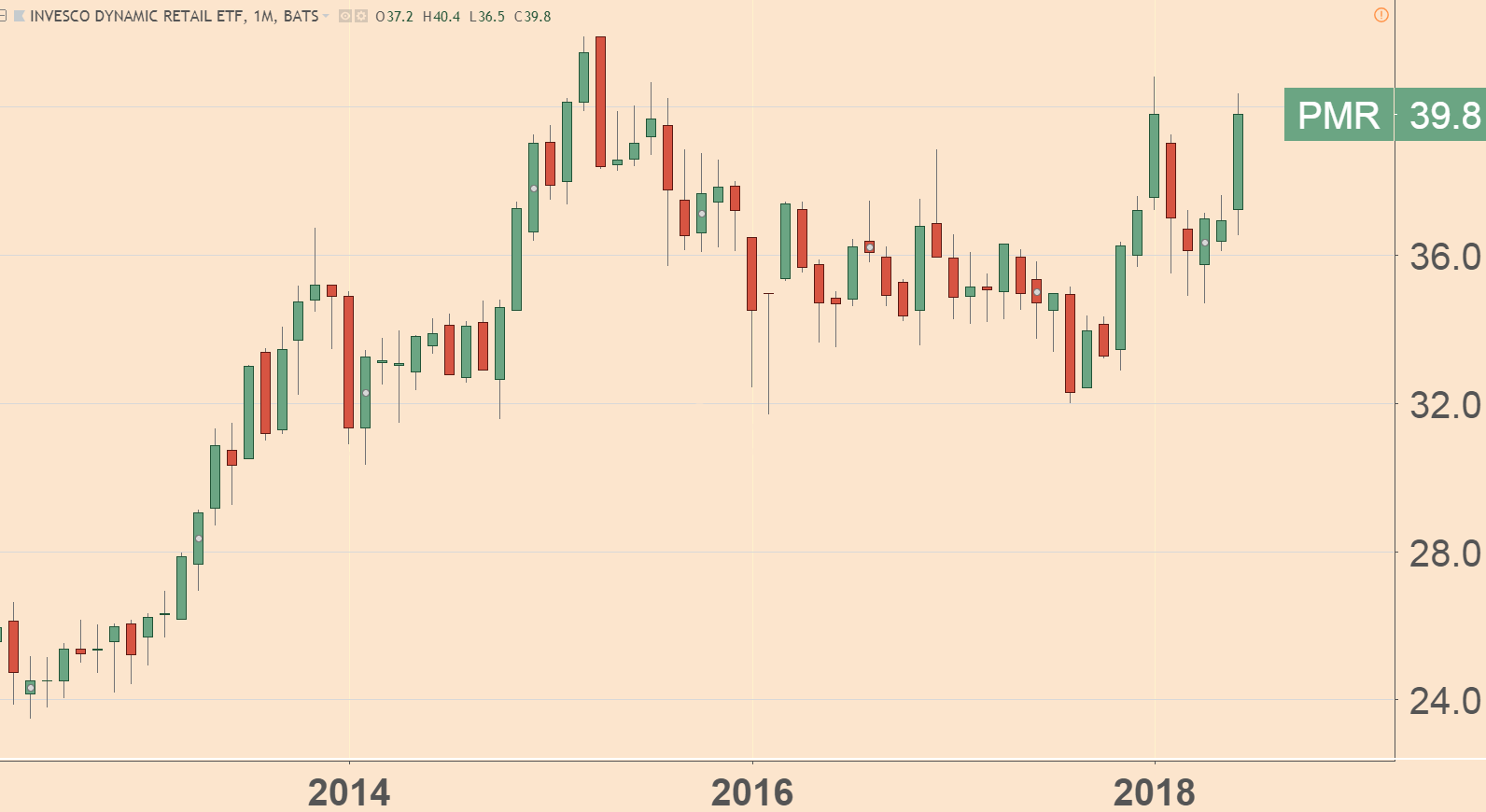 In my view, those retail sector opportunities remain, with higher prices to come for retail stocks and retail ETFs like PMR, which I see breaking out to new all-time highs in the range of $42 to $43 a share by the end of the year.

Yes, there are “headline risks” — the ongoing Trump trade wars and rising interest rates. But those are all known risks, long factored into the calculations of investors. Economists and market strategists have been fretting about both for many months.

Then again, we can’t count out the continued gains that will come with powerful trends like the unemployment rate at a historic low of 3.9%, and the slow-but-steady rise in the wages of the U.S. workforce.

Rising Corporate Debt & Interest Rates Will Cause a Market Crash

When Corporate Investors are Selling, You Shouldn’t be Buying the Bait