The probability of a recession is rising. I recently highlighted how the Federal Reserve will trigger a recession at its December meeting.

Now, market data confirms that research. The yield curve, a traditional recession indicator, is falling. It’s at a 10-year low. In fact, it’s only been this low twice in the past 20 years. 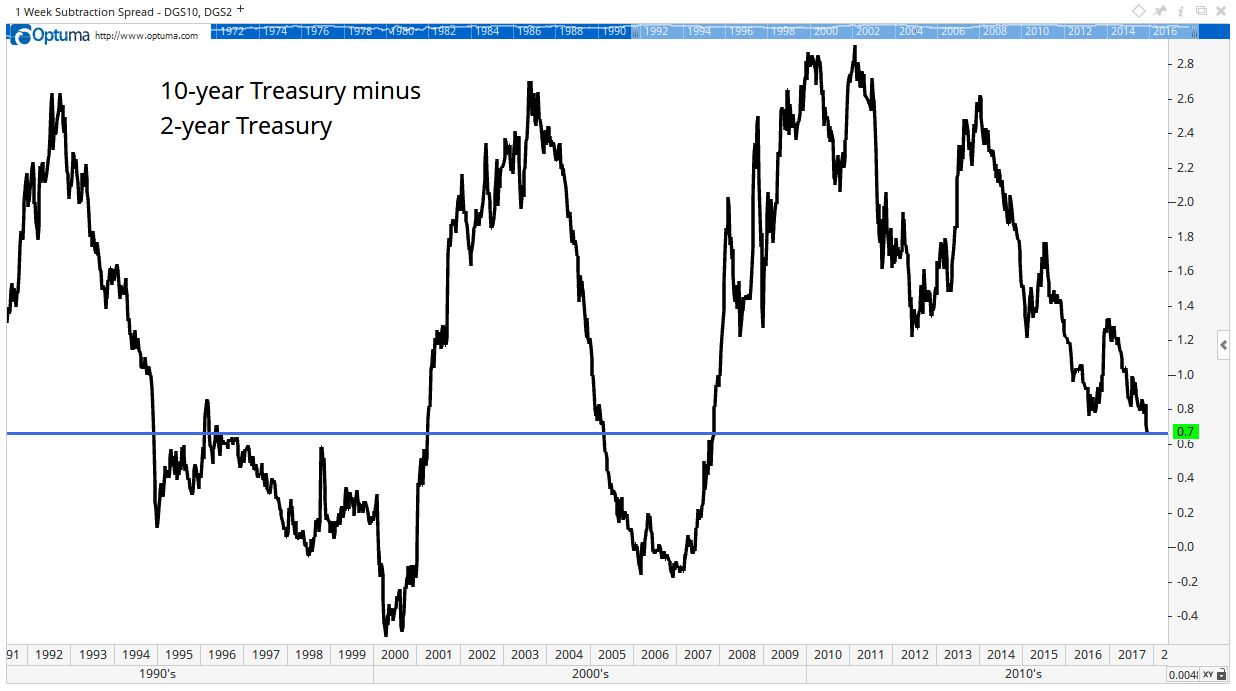 A large and growing difference between the two rates indicates the economy is growing. That means investors are willing to pay more to borrow money. They pay more because they believe growth will increase the return on investments.

A falling yield curve shows investors are worried. They are no longer willing to pay high rates to borrow money. And the rate on the 10-year Treasury drops faster than the rate on the two-year.

Based on the previous two signals, the chart shows there is good news and bad news in this data.

Both rallies ended in crashes. That’s the bad news.

This data is consistent with the recession indicator I wrote about last month. The end of the bull market is near. But the gains before the top will be significant.

The Auto Industry Is About to Completely Change

The Federal Reserve’s Threat to the Market