When I was a younger investor, I spent a lot of time looking for what traders call the “holy grail” of financial indicators.

I cycled through a whole batch of them. Technical analysis. Fundamental analysis, Fibonacci numbers, you name it.

Most work … until they don’t.

Eventually you realize there are no holy grails. Nothing works 100% of the time. Nothing is guaranteed.

But after a lot of research, I eventually found what I consider the next best thing.

In my days as a financial journalist, I noted that the top investors I interviewed — people such as Berkshire Hathaway CEO Warren Buffett — would often mention a certain financial term over and over again. Then I’d go and follow the stocks they mentioned alongside that financial term.

That got me thinking more deeply about this aspect of a company’s operations and why it’s so important. In fact, I eventually came up with a name for it.

I call it the “Law of Unstoppable Profits.”

Some Stocks Have Star Power

One research firm did a study to examine the performance of thousands of stocks over nearly three decades of market history.

The stocks that delivered the highest average annualized returns were those that ranked highest by my Law of Unstoppable Profits.

Here’s what I think about this insight…

You know how some Hollywood actors have “star power”?

As the saying goes, some have “it” — they can read the proverbial phone book (that is, if we still had phone books) and still be watchable.

Other actors are destined to never have top billing, no matter how many movies their agent books for them into. They don’t have “it.”

It works the same way with stocks, except that “it” is clearly defined.

See, the Law of Unstoppable Profits is based on a mathematical formula. So there’s no guesswork.

If you’re looking for the companies with “star power” — the ones with the biggest potential to soar — this formula guides you right to them.

I’ve used the Law of Unstoppable Profits to generate triple-digit gains among stocks in my own Total Wealth Insider portfolio.

Barron’s calls it “the key to bigger payouts.”

Other Wall Street insiders call it a company’s “ultimate metric for success” and a “proven recipe for higher share prices.”

These top-rated fund managers made millions for their account holders across entirely different eras of stock market history.

All of them used the Law of Unstoppable Profits to buy out-of-favor growth and value stocks just before they soared higher, again and again throughout their investing careers.

Everything Will Be Revealed Soon

At a time like now, with so much appearing to ride on the defeat of COVID-19, it’s easy enough to just throw up your hands.

The Law of Unstoppable Profits offers us a way out of indecision in the bear andbull market quandary.

Instead, it offers us a way to pick stocks based on a sound, proven strategy.

I’m not going to go into too many details here, though. I’ll leave those for a special webinar that I’m hosting on Monday, April 20.

We’ll have more info on the presentation in Monday’s edition of Smart Profits Daily. 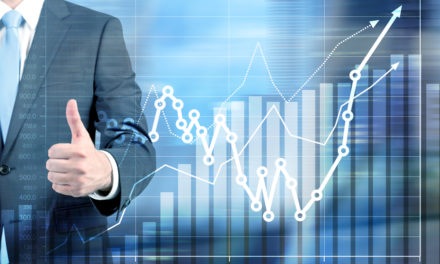