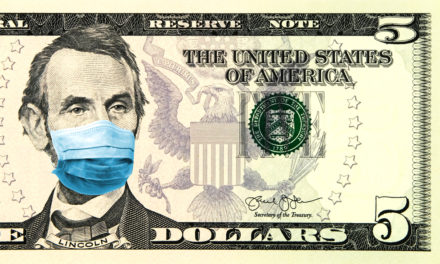 Tuesday marked the 11th anniversary of the March 10, 2009, bottom in the stock market.

This date is often referred to as the “Haines Bottom” after the late, great CNBC host called an end to the selling.

It’s hard to remember how bad those days were. Many people (including myself) have tried to repress those memories.

The market started selling off in the fall when the Federal Reserve let Lehman Brothers fail. Stocks dropped nearly 50% over the next six months.

But it wasn’t straight down. Along the way, there were vicious countertrend rallies.

Two of the eight biggest daily percentage gains in the S&P 500’s history occurred in October 2008, in the midst of a bear market: 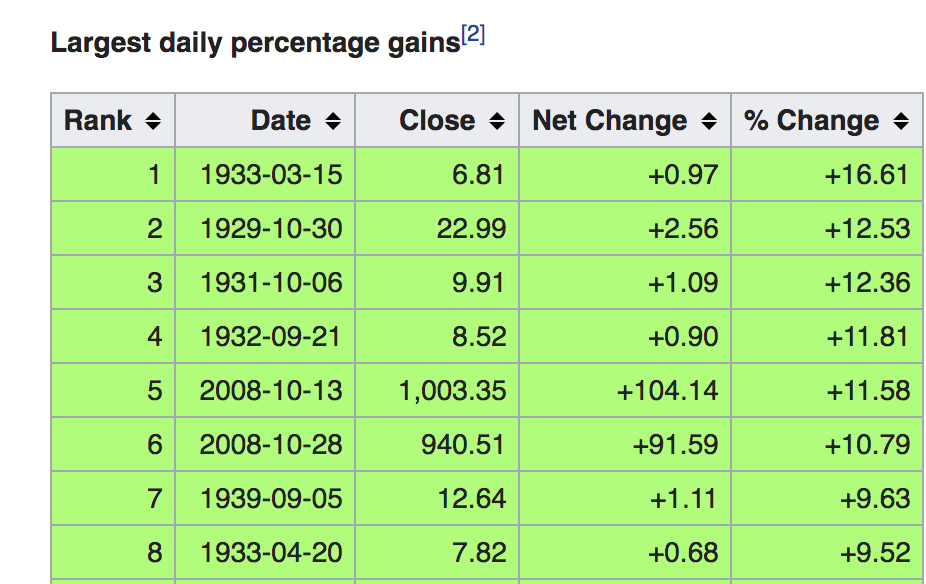 It’s also notable that the other largest up days occurred during the Great Depression.

This is what makes bear markets so difficult for investors.

There’s steady selling randomly interrupted with a “rip your face off” short squeeze rally when investors think the bottom has arrived.

By the end of the bear market, both the bears and the bulls are totally demoralized.

I’m pointing this out because it helps to remember what bear markets look like during times of extreme volatility.

It’s also because we’ve reached the first bear market since 2008.

But while these bear markets have similar volatility, this isn’t 2008…

The main difference between the last bear market and the one we face today is that the one from 10 years ago was a financial crisis caused by too much leverage in the system.

Today’s is a slowdown triggered by a health crisis.

Wall Street economists have called for zero growth in the first half of 2020 as travelers cancel trips and businesses cancel conferences.

The speed of the sell-off is historic. It usually takes a lot longer for stocks to drop 20% from their highs.

Going back to the 1920s, the average double-digit correction for U.S. stocks is 207 days from peak to trough. This one took a mere 15 trading days.

It’s Not the End of the World

While we will likely have a recession this year, the risk of a complete financial collapse remains low.

It might feel like the end of the world right now. But there are a number of things that are different this time around:

Lastly, the fact that people seem to be taking the coronavirus seriously is a positive step.

Major events such as South by Southwest and Coachella have been canceled or postponed.

The MLB, NBA and NHL suspended their seasons. The NCAA canceled March Madness. And businesses are letting employees work from home.

Daily Cases Will Begin Coming Down

We’re at the point now where the exponential growth of coronavirus cases is just starting.

What we know about the virus is that social distancing is necessary to combat the spread.

The good news is that the market has already priced in a slowdown.

And it’s likely this bear market will recede as quickly as it arrived. 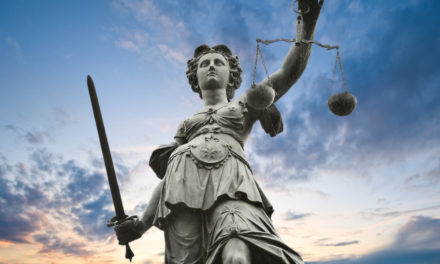 Cut the Panic: 2 Experts Weigh in on Fearful Market