Home » Investing » Stocks » The Next Melt-Up: Is It Already Here?

The Next Melt-Up: Is It Already Here? 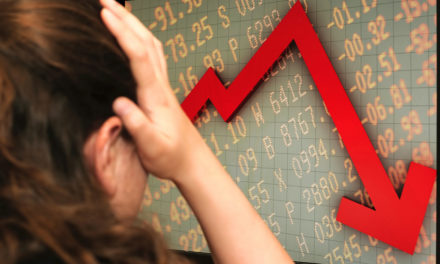 The end of the bull market in 2000 was a buying frenzy. Investors bought anything with “dot.com” in its name.

Adding “dot.com” to a company’s name was a strategy. Every day, a few firms did that.

Amazingly, it worked. Prices went up after a news release.

That buying was focused on tech companies — often small ones without earnings, or even revenue.

History provides other examples of buying frenzies, or “melt-ups.”

Radio stocks sparked a frenzy in the 1920s.

In the 1960s, anything with “electronics” in its name soared.

In other words, melt-ups are psychological rather than fundamental.

A popular topic is whether stocks are already in a melt-up today. To find out the real answer, let’s take a look at an important chart.

Buying frenzies always include small-cap stocks. So, the market action in small companies tells us whether we’re in a melt-up.

The chart below shows the iShares Russell 2000 ETF (NYSE: IWM). This exchange-traded fund tracks small-cap stocks. It’s about 7.5% below its all-time high. 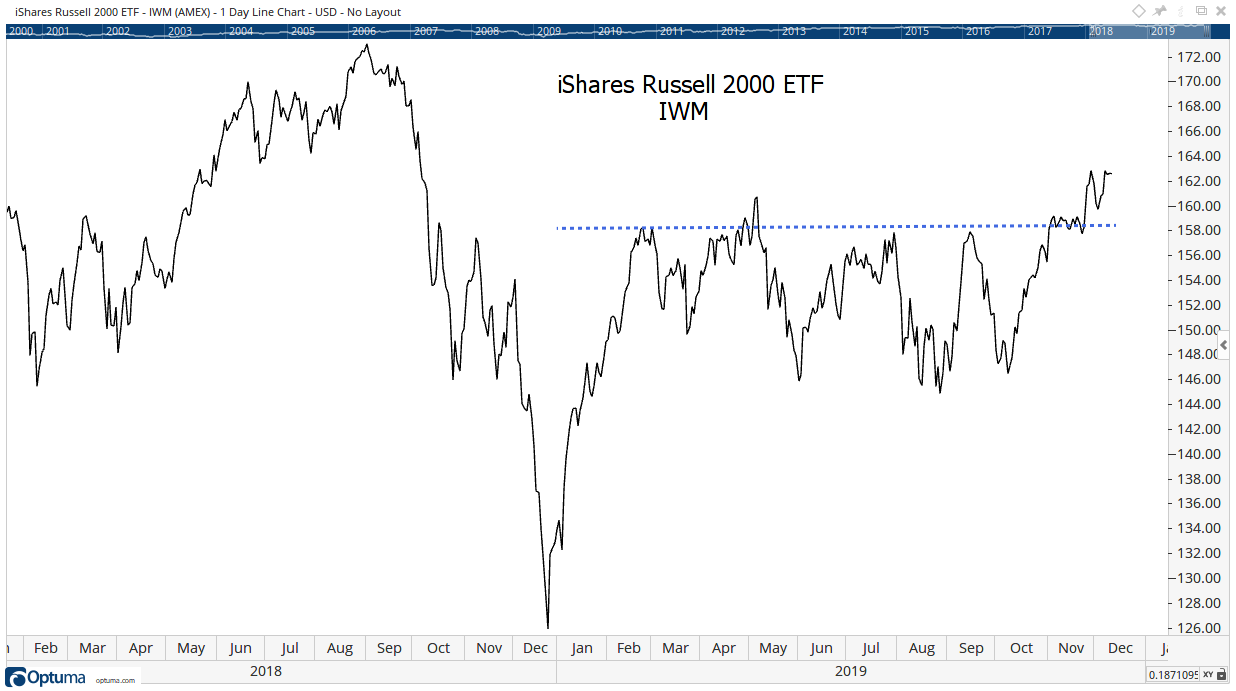 Large-cap indexes are at new highs. In the past six months, the Dow Jones Industrial Average gained about 13%. The pace of gains accelerated in the past two months, when stocks gained more than 5%.

Small-caps didn’t participate in the rally until the past few weeks.

In fact, small caps began the catch-up process about eight weeks ago. That rally pushed small caps above resistance (the blue dotted line) that turned back four previous advances.

Technical analysts turned bullish on small-cap stocks after the breakout in November. This sector is officially in an uptrend.

The time to worry about a melt-up is when IWM falls back below its resistance level at $158.

But until that happens, this market has more upside potential.

The Right Time to Worry

So, investors are right to worry. Just not yet.

That’s because investors have cash. There are trillions of dollars in money market funds and cash.

Investors will buy anything in a melt-up, and that’s not happening yet.

Small caps are less popular than large-cap stocks. That’s another sign we aren’t melting up yet.

All of this means it’s time to buy.

P.S. Readers who have followed my recommendations over the past 12 months have seen 2,360% in total gains. To learn how you too can profit to secure the retirement of your dreams, click here. 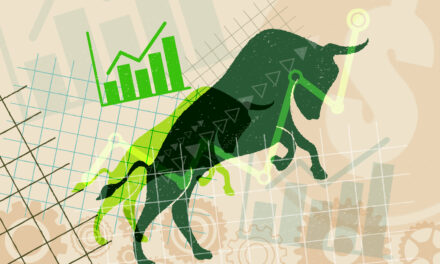 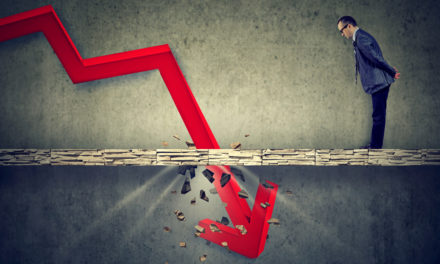 Avoid the Coming Market Correction by Selling These 3 Stocks