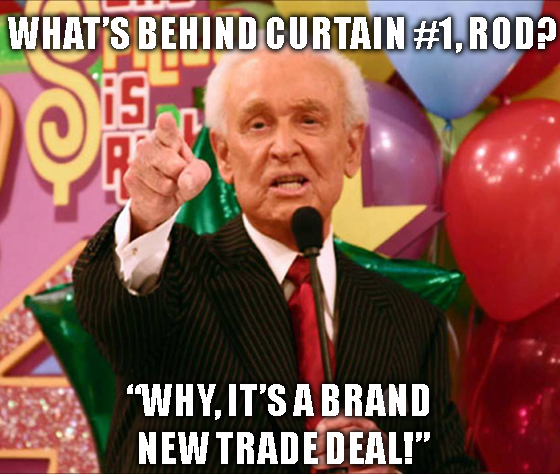 The Trade Deal Price Is Right

Last week, President Donald Trump chose curtain No. 1 and got himself a brand-new, shiny “phase 1” trade deal with China!

He seems pretty happy with it. He even took it for a spin a few times around Twitter to show it off for the press.

Wall Street, too, seems pretty happy with the phase 1 trade deal. The markets are poised to rally further into all-time high territory this week on the prospect of lower Chinese-U.S. tariffs.

Details on the deal are thin, to say the least. China promised to address intellectual property issues and currency manipulation, agree on technology transfer and buy more agricultural products from the U.S. These promises are all we have, though.

The only hard facts on the deal come from the U.S. side, where the December 15 tariffs of 15% on $160 billion in Chinese imports were scrapped. Duties on $120 billion in imports were cut to 7.5%.

The deal also has yet to be signed. That event will take place in early January, after the deal jumps through some legal hurdles and gets officially translated.

But the White House isn’t waiting until the signing to start on “phase 2,” according to U.S. Treasury Secretary (and extra from Revenge of the Nerds) Steven Mnuchin.

“We are going to go into a very short period of time of having the translation scrubbed, the deal will be signed in early January and then we will start on phase two,” Mnuchin told CNBC.

However, he also noted that “Phase two may be 2a, 2b, 2c, we’ll see…” Umm … wouldn’t it be easier just to call them phase 2, phase 3, et cetera, instead of resorting to letters?

There are two ways to look at this phase 1 agreement:

For No. 1, you can find opinions across all of the major financial and mainstream media outlets. They range from praise for the administration on a job well done to derision for basically doing nothing. I’m not getting into this debate … it’s political and unproductive.

As for No. 2, the most important win for investors and Wall Street was tariff relief.

The canceling of the December 15 tariffs means all those electronics, laptops, tablets, iPhones, et cetera, won’t see price bumps during the remainder of the holiday shopping season. The rollback on other tariffs also helps semiconductor-makers and a slew of other industries with supply chains and manufacturing in China.

This is the real reason Wall Street is rallying. It also remains a fear for businesses going forward into phase 2. The trade deal keeps both sides from escalating the trade war for the time being, but it also lessens Trump’s leverage going forward.

I hope that additional tariffs won’t be used as a bargaining chip for any phase 2 (or phase 2a, 2b, 2c) deal. Resuming tariff threats could sour additional negotiations and call into question the existing phase 1 deal. 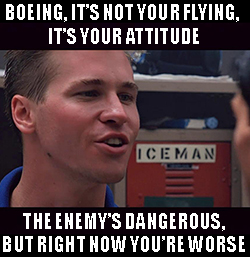 The last of Boeing Co.’s (NYSE: BA) 737 Max airliners may have already rolled off the assembly line.

That’s because Boeing is reportedly considering halting or cutting the infamous aircraft’s production. According to “people familiar with the matter,” Boeing’s management supports pausing production on the 737 Max — a move that could lead to inflated costs for the plane, along with prompt job cuts and furloughs at production facilities making the Max.

So, why is this “good” for Boeing? Because the company needs to do something on the 737 Max front. The continued delays in federal approval are becoming increasingly expensive and dragging on BA investor sentiment.

Boeing needs to find a resolution or just rip the Band-Aid off all in one go. Then both the company and investors can move on. If Boeing decides to drop the Max altogether and BA shares drop, this could be an excellent buying opportunity for investors. 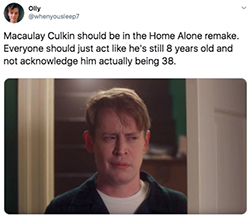 I’m calling it: The Walt Disney Co. (NYSE: DIS) is the hottest movie studio of 2019. With the release of Frozen 2, Disney melted moviegoers’ hearts … and set fire to their wallets for the sixth time this year.

What’s more, Disney is sure to have yet another billion-dollar hit on its hands later this week. Star Wars: The Rise of Skywalker debuts in theaters this Friday.

And just think … all of the billion-dollar hits are coming to Disney+ eventually. Disney has you coming and going right now, and it’s making billions doing so.

On a side note, a Home Alone remake doesn’t need to happen … and in the age of smartphones, ride-hailing and the internet, it just doesn’t make sense. That said, if they remade the movie with 39-year-old Macaulay Culkin reprising his role as Kevin, with everyone ignoring the fact that Kevin is practically 40, it would be much funnier. I’d watch that.

I’d also recommend picking up DIS when you get a chance. Buy the dips on this movie leader and soon-to-be streaming giant. 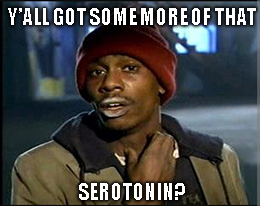 I’ve been writing about the biotech sector for the past two weeks … and for good reason. Between mergers, buyouts and clinical trial data, the sector has been on fire.

The National Institute of Mental Health reports that 17.3 million U.S. adults suffered at least one major depressive episode in 2017. Current treatments don’t work for everyone, and SunTrust Robinson Humphrey believes that AXS-05 will be the “go-to drug for those who don’t respond to first-line antidepressants.”

The market is keenly interested in AXS-05, with AXSM surging more than 1,559% in 2019. There could be more gains ahead, as Axsome plans on submitting a new drug application for AXS-05 with the Food and Drug Administration in 2020.

Editor’s Note: This is the perfect time to invest in biotech stocks. If you’re not in the biotech game, you are missing out on triple-digit gains all over the market! So, why are you still holding out?

Today’s chart of the week helps put that market dominance in perspective:

In short, on a subscriber basis, Spotify is far more dominant in music streaming than Netflix is in video streaming. That said, until Spotify creates its own record label, it’s going to lag far behind Netflix in the revenue department. Although, if Spotify were to move that route, the exiting record labels would probably sink the service in a heartbeat. 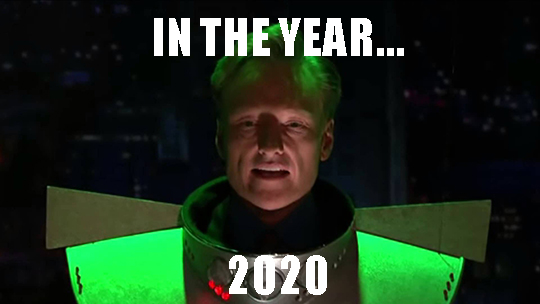 Are you prepared for the New Roaring ’20s?

Banyan Hill’s biggest and brightest stars have begun to roll out their outlooks and predictions for 2020, and you don’t want to miss a single second of the action. So, in true Great Stuff fashion, I have compiled links to the latest and greatest 2020 predictions from our experts: 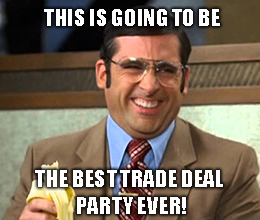 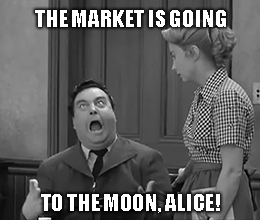