Home » Economy » U.S. Economy » Solar Power Is Cheaper Than Ever

Over the past several years, there has been a surge of innovation and initiative to create a clean, “green” environment in our world. During this push to cut down on the use of finite resources and pollution, solar energy has emerged as a dominant force that is not only an unlimited resource, but also becoming cheaper and cheaper — a trend that is projected to continue. 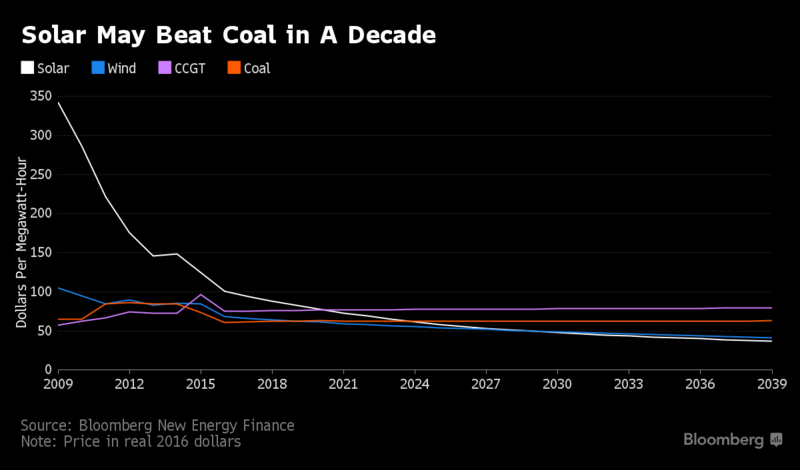 In the auto industry, Tesla has made electric cars a popular and viable alternative. Now that the technology is cheaper, not only will Tesla drivers cut gas expenses out of their budget, but they can buy the new Model 3 for $35,000, a huge step down from the Model X, which cost $80,000 when it launched in 2015. Tesla also has plans to begin installing solar-powered glass roofs on their cars, which would give drivers longer time between charges.

Even Fortune 500 companies are now relying on solar energy to power their headquarters and factories — companies such as Apple, General Electric and Tesla have enormous buildings that are mostly, if not fully, powered by the sun. Some solar buildings even produce more electricity than they use, which not only can save money for a company, but it can also outsource the extra power for a profit.

These are just some of the many ways that we are harnessing the sun’s power in our daily lives. As a renewable, cost-effective resource, the use of solar energy will continue to grow worldwide. Finite and pollutant resources such as coal and fossil fuels will continue to be gradually phased out, especially when solar becomes the cheaper option.

P.S. My colleague Chad Shoop is about to launch his new research service. This service finds the perfect time to buy a stock right after a company’s earnings announcement. Its model portfolio has already closed out gains of 50% … 75% … even 101% — in as little as five days. Check back with Winning Investor Daily soon to find out how you can get in on this incredible money-making opportunity.

We’re Going to See a Bloodbath in Retail