A Pure Play in the Shale Oil Boom

There are all kinds of disruptors impacting the stock market right now.

Simply put, these are new industries or technologies that can potentially redefine the way we live. Some examples of disrupting technologies are the Internet of Things, artificial intelligence, automation and augmented reality.

But there’s been a disruptor in the energy sector that’s been largely overlooked: U.S. shale oil production.

In fact, the U.S. government estimates that the United States will produce 11 million barrels of shale oil every day by the end of 2019. That alone is more than the total oil production of Russia and Saudi Arabia, the top two oil producers in the world. 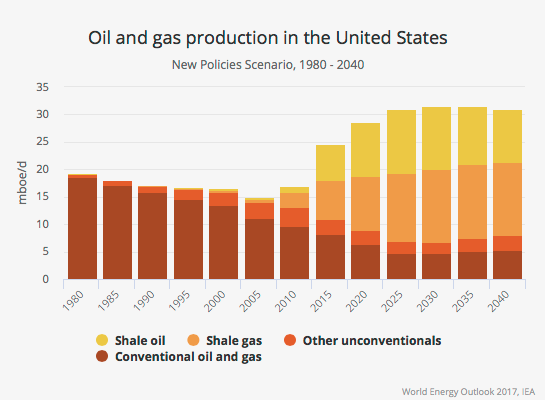 That means that going forward, we will be able to rely more and more on our own production of oil for sustainability. It also means that the United States will likely become a large exporter of oil, which will help overall growth in our economy.

Although there are a lot of different shale oil reserves that are being accessed right now, the Permian region is the most fruitful. This area, which spans from eastern New Mexico into the middle of Texas, has an estimated 60 billion to 70 billion barrels of recoverable oil underneath it.

As the chart below shows, we’re currently extracting a little over 2 million barrels per day. Even if that number doubles, this oil field still has decades more supply, giving a secure line of production for drillers in that region. 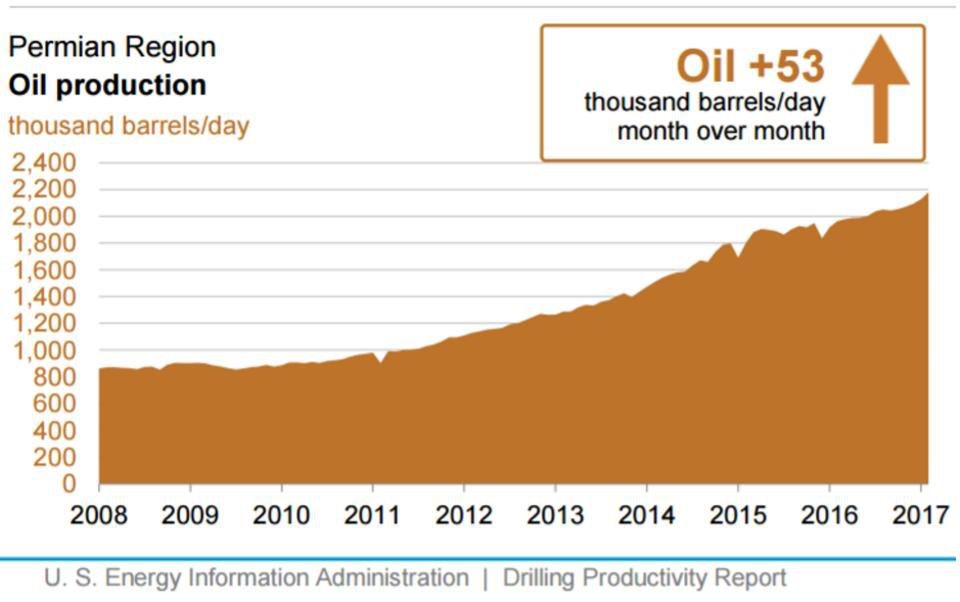 A company to keep an eye on in this industry is Pioneer Natural Resources Co. (NYSE: PXD).

This is a company that’s taking a big chance and focusing all of its attention on the Permian region, selling all of its assets that are not in the area. This decision, as well as the growing discovery of Permian reserves, has lifted expectations of the company.

Wall Street keeps revising its forecasts higher and higher as this becomes a more favorable play in the struggling energy sector. So if you’re looking to invest in the shale boom, I would suggest investing in Pioneer, a pure play in the field.

A Stealth Bull Market in a Critical Metal