Robots Do More for Less

As technology continues to take over our daily lives, the next step appears to be literally that. Instead of human labor, companies have found an opportunity to get more output and efficiency while saving money — a win-win for them.

Robots provide an alternative source of labor for companies that can work 24-hour shifts, perform tasks with little to no errors, and, most importantly, not expect to be given raises or promotions, which is timely due to the steadily increasing minimum wage.

The increase in orders for robots here in North America is a blaring signal that companies are not only open to the idea of automation, they are testing it in full force. The chart below shows that 2017 is shaping up to be a year in which companies are putting their new automated workers to the test, creating more value at less cost. 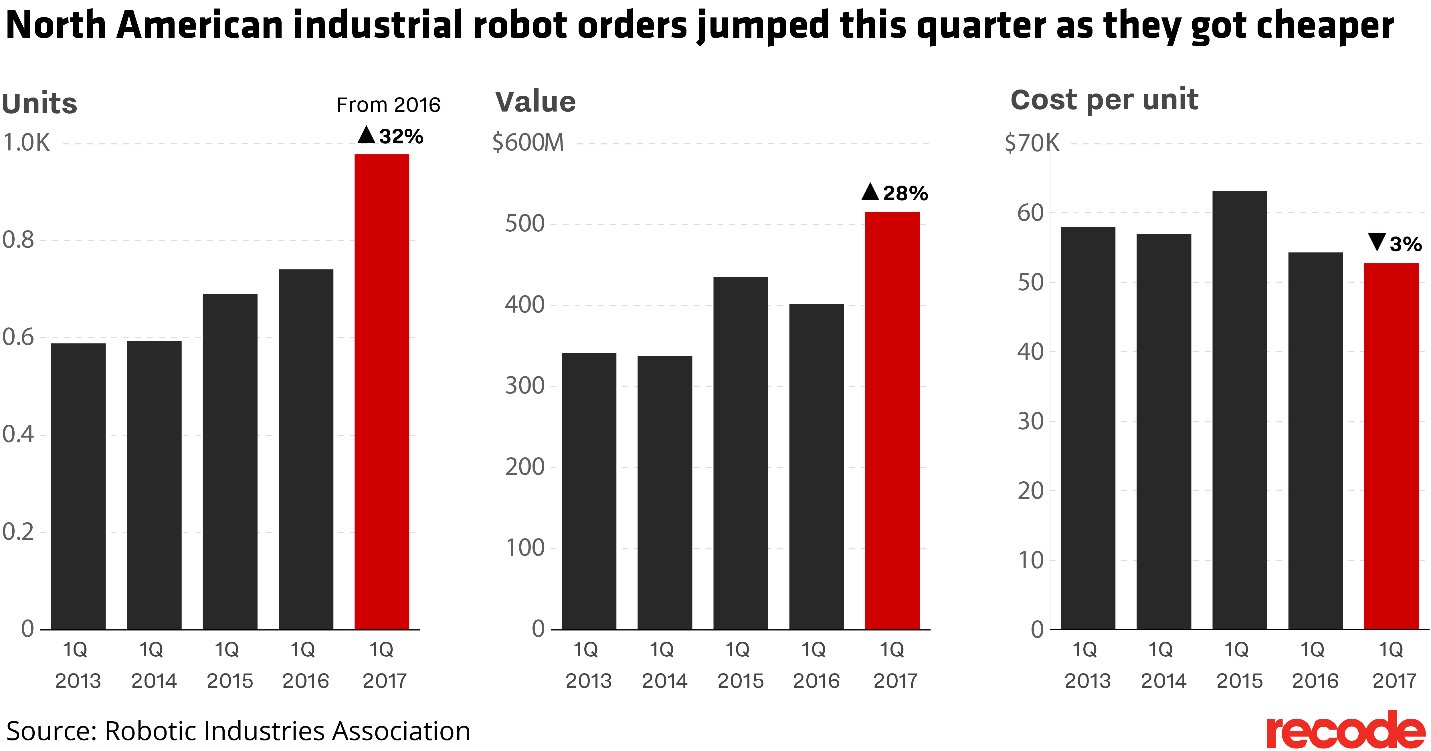 We’ve all used automatic teller machines, or ATMs, in our regular day-to-day lives. As it turns out, these might have been a preview of the future of banking all along. Bank of America has opened up three completely automated branches staffed only with ATMs, providing video-conference computers for customers who need to speak with a live banker.

The fast-food industry has a similar vision: Wendy’s, Taco Bell, Kentucky Fried Chicken and Pizza Hut are all testing automated kiosks, which cut out the middleman between customers and kitchen workers.

Another example of the rising popularity of robots is the approach taken by Adidas to create fully automated sneaker factories called “Speedfactories.” So far, they have tested the idea in Germany, and although these factories still have some human workers, they are a glimpse of what we can expect to see going forward.

With the increased pressure on companies to consistently grow, replacing human workers with robots that can do more for less will be inevitable across many fields of work. And as this chart shows, the trend is continuing to expand.

This Tech Trend Is Inescapable