Home » Cryptocurrency » What’s Your Reason for Not Owning Cryptos?

What’s Your Reason for Not Owning Cryptos? 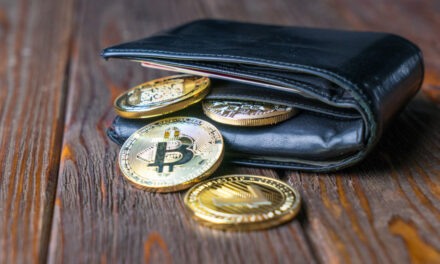 Do you ever avoid investing in something because you’re scared?

I know I have. I’ve been scared before and will be again.

And I should be more accurate in my word use. “Scared” is not quite the right word. A better word is “ignorant.”

I’ve known about cryptos for many years — even before their recent boom.

I attended an event in May 2014 where one of the world’s leading crypto gurus spoke. He told me about the future of cryptos and the blockchain.

I didn’t act on that person’s advice, though.

That’s what I want to think through today.

It wasn’t because I didn’t have the money.

It wasn’t because I didn’t know how to make the purchase.

And it wasn’t because I didn’t understand at least some of what the crypto guru told me.

Did I believe it? I believed parts of it. I knew the U.S. dollar had lost value over the years due to the actions of the people sworn to protect it.

I was already looking for alternatives. I believed — and continue to believe — in precious metals and other assets that retain their value.

The Reason I Didn’t Buy Bitcoin

I wasn’t “comfortable” enough to make a purchase. I didn’t spend enough time learning more about the topic.

And I listened to too many people who were, in hindsight, ignorant as well. The confidence they had in their beliefs led me to believe they knew something I didn’t.

Warren Buffett’s partner, Charlie Munger, is an example of that person today.

If you didn’t read Ian King’s excellent essay on the crypto beliefs Munger espoused during the annual Berkshire Hathaway meeting this past weekend, you should.

Ian discusses how Munger just wants you to “get off his lawn” with your bitcoin.

That’s fine. Munger can have his opinion.

But you shouldn’t let it define yours.

I won’t pretend that everyone at that event in May 2014 should have made a maximum bet on bitcoin. It was unproven at the time.

And I want to be clear: I’m not rubbing it in. If anyone should have bought bitcoin in 2014, it was me.

I’m not embarrassed I didn’t buy it, though. I’m happy. That lesson is part of my progression as an investor.

And it’s a lesson I can share with you today. I don’t want you to live your life saying “what if?”

If you aren’t 100% sure about an idea, you don’t have to invest all of your money in it.

You can invest a little. If you realize you’re wrong, sell. It’s that simple.

We’re Still in the Early Stage

When you put money into something, it becomes more real. Or at least it does for me. You care more about it.

Would I have been able to withstand the more-than-80% drawdown after the December 2017 peak? I don’t know.

But bitcoin took a year to bottom out. I would have had time to think. To strategize. To follow the growth of the crypto space.

And if I didn’t know already, I would learn the beauty of cryptos is that we’re still in the early stage. Even today.

Per Bloomberg, the first bitcoin trade was in July 2010. I have a kid older than bitcoin.

And yes, the price is much higher now than it was back then. But that’s what should happen. The more we use something, the more valuable it is.

And if you believe in something, the price shouldn’t be the be-all, end-all.

Some Questions to Ask Yourself

Will bitcoin be a part of your life in the future? Can you imagine it becoming more a part of everyone’s life?

And what if it does? If you can get some of your money back, so what? Will it be the end of the world?

You’ve likely had other trades go against you. Having losses proves it’s essential that you find a way to not fall in love with a trade.

And the upside of cryptos? Well, we’re learning what that might be in real time.

Cryptos Are the Future

To be clear, I didn’t write this to convince you to buy bitcoin or any other cryptocurrency. I wrote it to get you to address whatever it is that holds you back in investing. Or, shoot, even in life.

What causes you not to act? It’s likely ignorance. Learn to recognize it. We’re all guilty of that from time to time.

Many times we don’t have enough information. If so, take control of the situation. Find it. Educate yourself.

If you do think there may be a future in crypto, though, then you need to look into Ian King’s Next Wave Crypto Fortunes.

Once you subscribe, watch the first weekly update and go look at the track record. It’ll tell you all you need to know.

Ian convinced me that cryptos are the future. I don’t know exactly what that means yet, but I have a better idea.

I didn’t buy bitcoin in 2014, but I bought it afterward. And it’s been rewarding.

So, good luck to you … with cryptos and with life.

When you open your mind to new ideas and opportunities, your future is limitless. 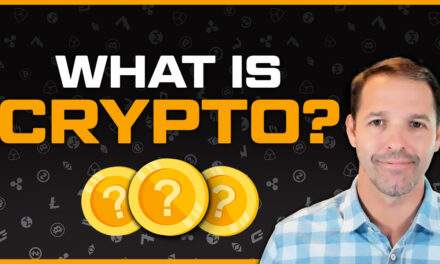 What Is Cryptocurrency? (And Why Are People Investing in It?) 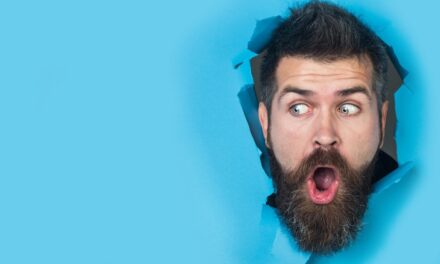 How to Buy TURN Stock at a Discount