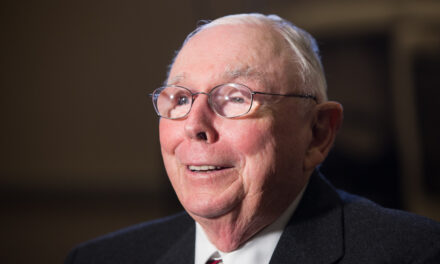 I tuned into Berkshire Hathaway’s annual Zoom meeting over the weekend to hear some pearls of investing wisdom from Warren Buffett and Charlie Munger.

The two nonagenarians have been running the investing conglomerate for over half a century.

When Munger was asked about bitcoin, his criticism agitated me.

It’s not that bitcoin is devoid of problems. For one, its value is only what everyone believes it should be valued, similar to gold.

It was Munger’s reasoning that I found to be a complete misconception.

The 97-year-old has always been a bitcoin critic due to its extreme volatility and lack of regulation. (The volatility is still there, but the regulation is no longer lacking.)

Charlie answered, “I don’t welcome a currency that’s so useful to kidnappers and extortionists and so forth, nor do I like just shuffling out of your extra billions of billions of dollars to somebody who just invented a new financial product out of thin air. I think I should say modestly that the whole damn development is disgusting and contrary to the interests of civilization.”

There’s a lot of misplaced criticism about cryptocurrencies. The majority of it comes from investors who either don’t own cryptocurrencies or aren’t interested in learning about them.

So, let me clear up the three biggest misconceptions about bitcoin…

Misconception No. 1: Bitcoin Is Useful to Criminals

Here’s why that’s completely misplaced: Every cryptocurrency transaction is encoded onthe blockchain for everyone else to see.

The misconception here is that cryptocurrency is anonymous. It’s not — it’s pseudonymous.

We can see the transaction; the wallets are public record. We just can’t see who owns the wallet.

However, a criminal’s IP address can be found. Or if they ever try to spend the cryptocurrency (or move it), there will also be a record of that transaction.

That’s why criming with bitcoin is not a good idea. Cash is way more anonymous.

Misconception No. 2: Bitcoin Uses Too Much Energy

In a paper in Nature Communications, a group of academics examined bitcoin’s energy use in China. They concluded that bitcoin could become a barrier to China’s efforts to decarbonize its economy by 2024.

It’s no secret that the bitcoin network uses a lot of energy. In order to validate and process transactions, millions of computers must run the global network.  It’s estimated that the network uses as much energy annually as the state of Texas.

This is how the bitcoin network comes to a consensus. It’s called “proof of work.”

It takes a ton of computers and is only as fast as the slowest link. It was the original method used to secure data on a blockchain, but it won’t be the last.

There are new types of consensus mechanisms that don’t require heavy computational power. For instance, Ethereum is moving to a “proof of stake,” which requires “staking” tokens to validate transactions and earn yield.

There’s also Solana’s “proof of history,” which uses a cryptographic clock to create a historical record to prove that a transaction occurred.

These solutions won’t require any additional energy at all other than what we already use to power our devices.

Bitcoin will still require mining, but there are several ongoing projects to create a lighter, faster chain.

There’s also talk of requiring bitcoin miners to get their energy from renewable sources, which could positively impact the environment by creating renewable demand.

Misconception No. 3: Bitcoin Is Too Expensive

Bitcoin and all other cryptocurrencies are divisible by 100 million.

The smallest possible fraction of a bitcoin is called a satoshi (or sat, for short). This name is an homage to bitcoin’s creator, Satoshi Nakamoto.

You Can Always Expand Your Knowledge Base

These are just a few misconceptions about cryptocurrency.

Perhaps Munger misspoke, or the nonagenarian doesn’t care to invest in new technologies.

One principle that Berkshire Hathaway has always stressed is, “Invest in what you know.”

To that, I would add, you can always expand your knowledge base to open up more opportunities. 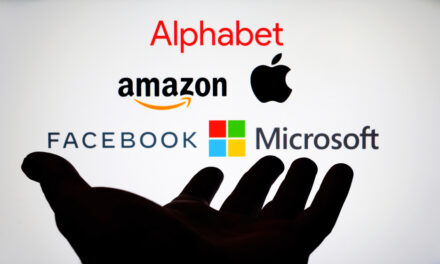 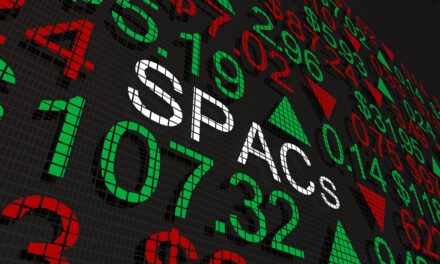 SPACs Can Offer Profit Potential With Practically No Risk