The Nasdaq’s 16% Drop Is a Rare Buying Opportunity 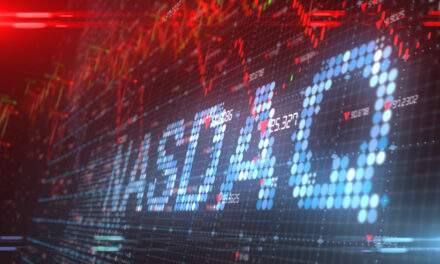 The Nasdaq lost another 2.4% that day, dropping the tech-heavy index into a correction.

Reuters noted that tech stocks “are now seen by some investors as overvalued.”

It was the perfect time to sell, right?

The very next day, the Nasdaq climbed 3.7% — its best performance in months.

And Tesla rallied an incredible 19.6%.

In one week after the start of the correction, the Nasdaq was already up 6.7%.

If you had sold your shares on March 8, you would’ve missed out on all those gains.

And again, some investors are panic-selling.

But they should be using this as an opportunity to buy more shares.

These two charts show why…

The Nasdaq Has Been Amazing After Corrections

MarketWatch recently looked at all 65 times the Nasdaq has dropped into correction territory.

That means the index fell 10% from its recent high.

It found that, on average, the index is up 2.2% three months after a correction.

And the median returns are even better. 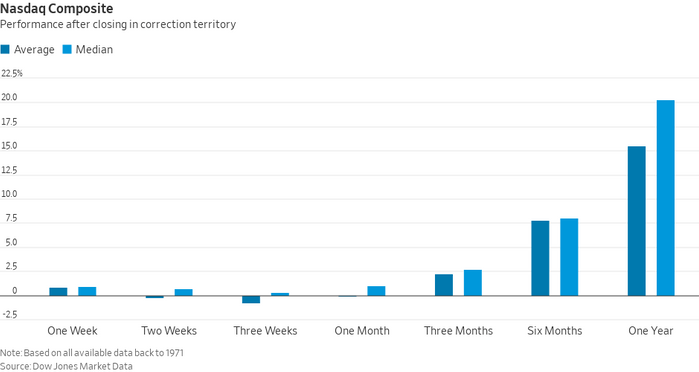 That’s great news for tech investors. But the data for the last 15 years is even more encouraging.

Aside from the 2007-2008 financial crisis, the Nasdaq has been amazing after corrections. 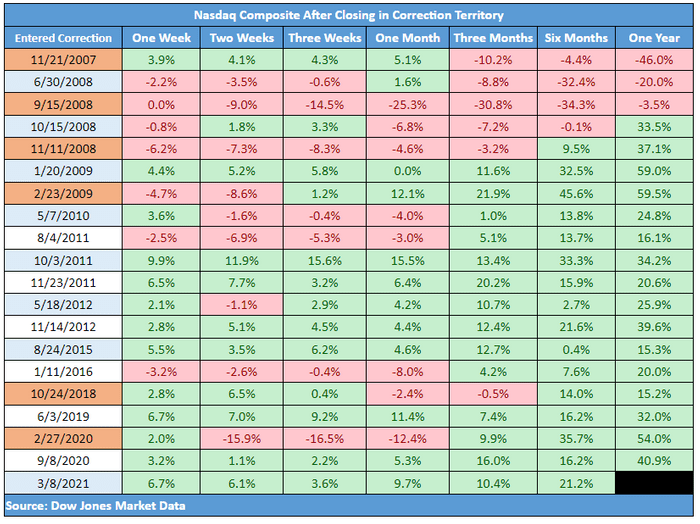 Three months later, the index was up every time except once. That was in 2018, and the Nasdaq was only down 0.5%.

Six months later, the index was up every single time — in several cases by 30% or more.

Going out to 12 months, we see the same outperformance, including several years where the Nasdaq gained over 50% following a correction.

Sure, inflation is at its highest level in 40 years. And there are other problems to worry about as well.

But smart investors don’t trade because they’re afraid. They follow the data.

And the data shows that the Nasdaq has overcome market panics time and time again.

Corrections are also a great time to grab shares of your favorite stocks at a discount.

That’s what Ian King told his Strategic Fortunes subscribers when he released his latest trade on Wednesday.

You can learn more about Ian’s strategy for investing in tech stocks by clicking here.

Galapagos NV (Nasdaq: GLPG) is a drug company that discovers, develops and commercializes various small molecule medicines. The stock rose 21% on the announcement that the company is appointing former Johnson & Johnson senior executive Paul Stoffels as its CEO.

DouYu International Holdings Ltd. (Nasdaq: DOYU) operates a platform on PC and mobile apps that provides interactive games and entertainment live streaming services in China. It is up 15% on the news that Tencent Holdings plans to take the company private by the end of the year.

Virgin Orbit Holdings Inc. (Nasdaq: VORB), billionaire Richard Branson’s space launch and solutions company, is up 13% today. The move came after it was selected by NASA to provide launch services for the agency’s Venture-Class Acquisition of Dedicated Rideshare (VADR) missions.

LSI Industries Inc. (Nasdaq: LYTS) manufactures and sells nonresidential lighting and retail display solutions. It is up 12% after beating revenue and earnings estimates for Q2 thanks to a recovery in nonresidential construction activity.

Public Joint Stock Co. Gazprom (OTC: OGZPY), the Russian majority-state-owned oil and gas company, is up 11%. The stock rose as gas reserves in Europe and Ukraine hit all-time lows while China-directed gas exports hit a record, indicating that much of Europe’s energy hardship came as a direct result of Russian supply reductions.

ServiceNow Inc. (NYSE: NOW) sells cloud applications that help enterprises manage and automate their basic work functions. The stock is up 11% after the company reported strong sales for Q4 and gave a forecast for the current quarter that dispelled investor fears of slowing software growth.

Packaging Corp. of America (NYSE: PKG) manufactures and sells containerboard and corrugated packaging products in the U.S. It is up 11% after topping earnings and revenue estimates thanks in particular to high demand for corrugated products.

Euronet Worldwide Inc. (Nasdaq: EEFT) provides payment and transaction processing and distribution solutions to financial institutions, retailer and individual consumers. It is up 10% on the news that the stock is set to join the S&P MidCap 400 Index.

Levi Strauss & Co. (NYSE: LEVI), the apparel company, is up 10% this morning. The move came after the company reported great results for Q4 and showed that demand for its products stayed strong despite price hikes. 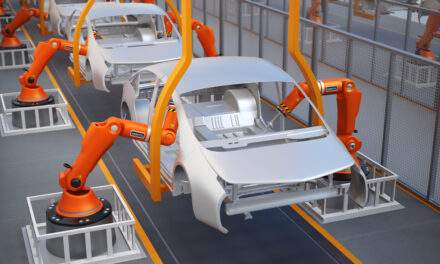 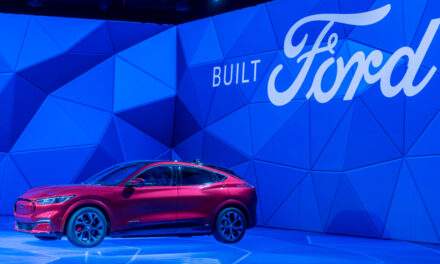 Tesla Is Overhyped — Watch These Automakers Instead