Federal Reserve officials head for their meeting in Washington this week, and traders expect them to raise short-term interest rates. This will be the Fed’s fourth rate hike since 2015. But the Fed appears to be pushing on a string when it comes to long-term rates. The interest rate on 10-year Treasury notes has fallen from 2.3% to 2.2% since the Fed began raising rates. It’s a small change, but it’s in the opposite direction of the Fed’s policy.

In fact, as the chart below shows, 10-year yields have fallen every time the Fed has acted. The fed funds rate is shown at the bottom of the chart in blue. The black line tracks 10-year yields. Vertical lines show the day the Fed raised rates. 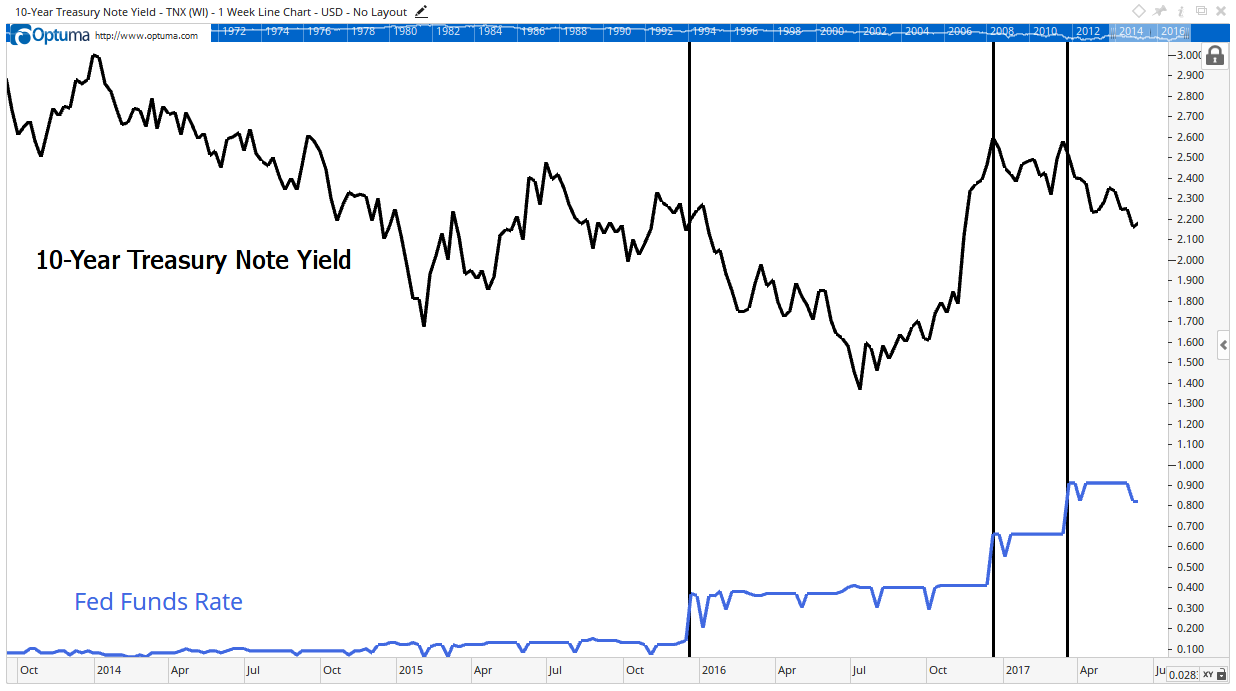 In a normal economy, we would expect 10-year yields to move higher when the Fed raises short-term rates. But in the current economy. The Fed is raising short-term rates, and traders are lowering long-term rates. Traders seem to be acting more rationally than the Fed.

Long-term rates are set by the market. Pension funds and other institutions tend to be the biggest buyers of bonds. They need to hold bonds to be sure they have money available to meet their financial obligations. Their demand for bonds is keeping long-term rates low. Since their demand is set by demographic trends, there seems to be nothing the Fed can do. Demographics, such as aging baby boomers expecting pension checks, are already locked in stone.

This divergence in interest rates is another indication that investors are in a new environment. Old rules might still apply, but new rules are moving markets. For now, it’s important to remember that there is no alternative to stocks.