In celebration of our 18th wedding anniversary, my wife and I spent a night out on the town in Cincinnati this weekend. Seafood and steak were accompanied by a nice selection of local craft beers from among the roughly 38 breweries dotting the region. Our chosen restaurant for the evening also offered a beautiful scenic view of the city’s iconic skyline.

There were even handmade macarons for dessert — one of our favorites.

As you can see, we weren’t exactly frugal. But we weren’t ostentatious in our spending either. It was a celebration of our many wonderful years together, and we didn’t want to spoil the evening by overspending and taking on unneeded debt.

With two college degrees — my wife with a master’s in teaching — we know a thing or two about taking on and managing debt.

But with the Federal Reserve raising interest rates Wednesday on the heels of a disturbing report on U.S. consumer debt, I’m left wondering how the rest of the country will fare.

Back in May, I wrote about how the U.S. economy was firing on all cylinders. Data on the housing market, manufacturing and consumer confidence had all come in, more or less, better than expected. There is, however, a major caveat to that economic growth, and as the Fed continues on its course of higher interest rates, that weakness will become increasingly apparent.

Consumers are on the verge of being overburdened by debt, and that’s bad news for the current economic recovery. After all, consumer spending is responsible for two-thirds of U.S. economic growth, and if they have less money to spend — either on credit or otherwise — well, you can guess the outcome.

Part of the problem is that despite unemployment falling steadily this year, and real unemployment hitting pre-2008 recession levels, wages are not keeping pace. In May, average hourly earnings rose just 0.2%, and April was revised downward. As a result, annualized gains remained stuck at 2.5%, barely in line with inflation. 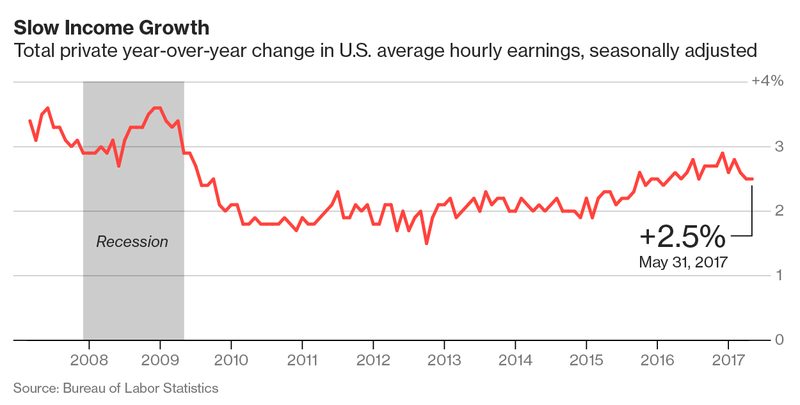 The other part of the problem is that Americans are conditioned to make up the difference in real wages by taking on debt. In fact, U.S. household debt has hit a record $12.73 trillion this year, surpassing the previous record hit in the prefinancial crisis days of early 2008. Furthermore, there are signs that the stress is beginning to take a toll, as the percentage of that debt that is overdue has risen for the past two quarters. 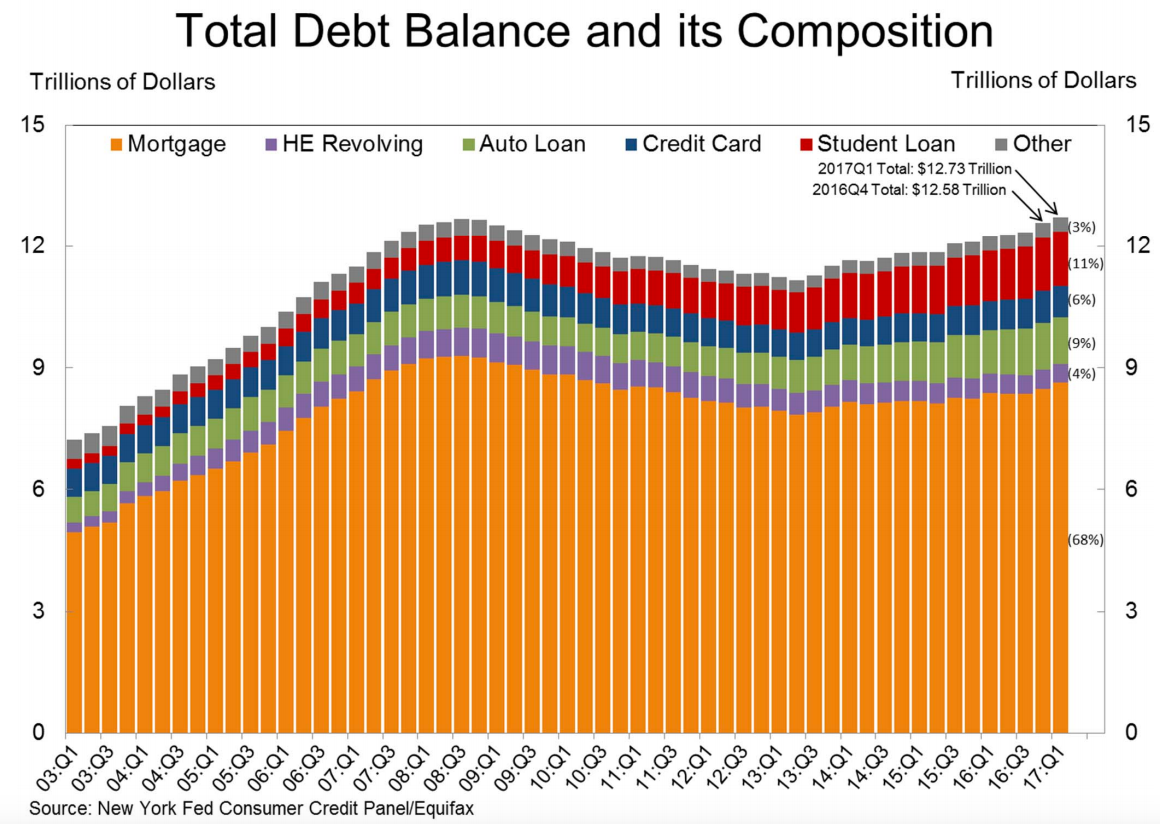 Now, throw in the Fed’s current policy of raising interest rates, and not only does it become more expensive for these strained households to borrow and make up for the wage difference, but it also becomes harder for consumers to refinance their way out of the situation.

Diversity Is the Key

That said, it’s not like the U.S. consumer debt bubble is going to pop tomorrow (hopefully). American consumers are a versatile and resilient bunch. Furthermore, if Congress gets its way with easing restrictions on the financial sector, we could see a plethora of new refinancing options hit the market as a result.

But unless the U.S. economy sees some real and sustained growth soon, these solutions are merely kicking the can down the road for the time being. Regardless of the situation, you need to take steps now to diversify your investments sooner rather than later. Proper diversification can help you during a period of economic growth, should one emerge, and it will save you from ruin should the situation turn south.

Editor’s Note: A great way to diversify your investments is to add mining stocks to your portfolio. And our natural resources expert, Matt Badiali, has found a mining company that’s set to make huge profits from the shortage crisis of a “magic” metal. Click here to find out why this critical resource is worth billions, and maybe even trillions, to America’s biggest companies.