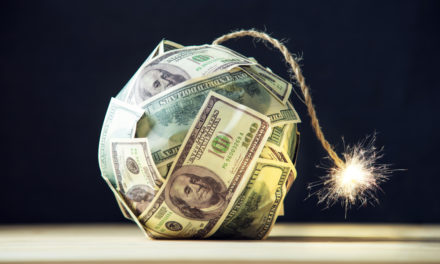 The world is at war.

This time it’s not between other countries. This battle is between nations and an invisible virus.

In the United States, 95% of Americans are under stay-at-home orders. Businesses are closed, and the economy has come to a screeching halt.

The number of Americans who filed for unemployment in the past three weeks has reached 20 million.

Congress has swooped in, passing a $2.2 trillion economic stimulus plan to put the economy in a medically induced coma until the virus recedes.

The $350 billion allocated to small-business workers was used up within a week. There are now discussions about adding more.

When the bill comes due … who’s going to pay for this?

The U.S. is headed into its biggest monetary experiment in history. And economists have a theory that explains how we might be able to pull it off…

Our Economic Problems Explained … With Cows

You give one to your neighbor.

The state takes both and gives you some milk.

The state takes both and sells you some milk.

You sell one and buy a bull.

Your herd multiplies, and the economy grows.

You sell them and retire on the income.

But today’s crisis entails a new way of thinking about the economy:

You have two cows. Both fall ill and die of mad cow disease.

The government has a monopoly on cow production and can make as many cows as it wants.

Everyone thrives on endless cows.

If that sounds like an economic system that would never work, let me explain how we arrived at this dystopian utopian future.

The Fed Came to the Rescue … Again

To stimulate an economy, governments have two economic levers available to pull.

There’s the monetary lever, controlled by the central bank.

It has been pulled by global central banks for over a decade now. Interest rates are at zero, and bond purchases keep rates low and stimulate growth.

The Federal Reserve used these tools to successfully reflate assets such as houses and stocks … although the jury is still out on the longer-term consequences of “free money.”

Recently, the Fed added $4 trillion of stimulus to provide liquidity into the markets.

This isn’t a loan that needs to be paid back by taxpayers. It’s an expansion of the Fed’s balance sheet.

The Fed creates money and uses it to buy bonds from banks.

On the other hand, there’s the fiscal lever.

This one involves increasing government spending on things such as wars, health care, entitlements, infrastructures, etc.

Some of these fiscal levers lead to higher levels of productivity and economic output.

The Highest Deficit Since 1945

When you pull the fiscal lever and spend too much without raising taxes, you run a budget deficit, like we’re doing currently.

To make up the difference between what it spends and what it collects, the government issues bonds to make up for the revenue shortfall.

That represents 18.7% of the economy — and would be the highest deficit since 1945, when the U.S. was in the middle of World War II.

Furthermore, the Congressional Budget Office predicts that the deficit will top $1 trillion for the next 10 years under current laws.

The U.S. has been running fiscal deficits for the better part of the past 20 years, leading to a gradual rise in debt to gross domestic product (GDP) of 105.4%.

This year’s spending will put the country at its highest debt levels since then, when fiscal deficits soared to pay for war spending:

Remember, the Fed’s endless quantitative easing programs following the financial crisis seem to have worked and put the economy on the right track.

So why not try it on the fiscal side?

In government circles, concerns about debt and deficits have gone away.

There are very few things both sides of the aisle ever agree upon. Right now, one of them is that debt and deficits no longer matter.

Perhaps that’s because a 10-year government bond interest rate of 0.65% and low inflation suggest the government can borrow endlessly without creditors asking for a higher rate of interest.

Perhaps that’s because whatever the Fed did over the past decade seemed to reflate asset prices.

And a new economic theory is offering a justification for endless government debt.

MMT’s key proposition is that the government has a monopoly on money creation. And because it’s the sole issuer of money, it can afford to spend infinitely without fears of running out of cash.

This means that the government doesn’t need to collect our tax dollars before spending them.

It also means that budget surpluses — years when the government collects more than it spends — are a drag on economic growth.

If the government is running a surplus, money is accruing in government coffers instead of in the hands of corporations and ordinary people, where it could be readily spent.

It’s a novel way of justifying a government’s ability to spend, just as the Roman Empire would debase it’s currencies by adding lower-value metals to pay off war debts.

All Financial Panics Are the Same

As MMT gains credibility in political circles, it will ensure that U.S. debt continues to rise until either the bond market or the currency market says: “time’s up.”

This begs the question: Is there a debt level that can trip off a financial crisis?

A decade ago, economists Ken Rogoff and Carmen Reinhart published a noteworthy book titled This Time Is Different. In their book, they looked at an 800-year history of financial crises.

They concluded the opposite of their title: it’s always the same.

Policy makers, central bankers and investors delude themselves into believing that financial panics have gone away. Then one arrives on your doorstep like an unexpected tornado.

Rogoff and Reinhart found a pattern. Once debt breaks above 90% of GDP, risks of a large impact on economic growth become significant.

This implies that the U.S., at 105.4% of debt to GDP (and growing), is going to face tough economic times ahead.

There’s No Such Thing as a Free Lunch

No matter what theories are used to justify the debt, the free market always decides who’s right and who’s wrong.

This time will be no different.

We’ll end up in the same manner as all previous debt episodes — with slowing economic growth as the government raises taxes and cuts spending to reverse course.

Or in the words of French writer Jean-Baptiste Alphonse Karr: “Plus ca change, plus c’est la meme chose.” (“The more things change, the more they stay the same.”)

P.S. Thank you to everyone who took the time to write in and congratulate my wife and I on our baby girl. Mom and baby are doing great. Dad is adjusting to sleepless nights and an extra cup of coffee in the morning. 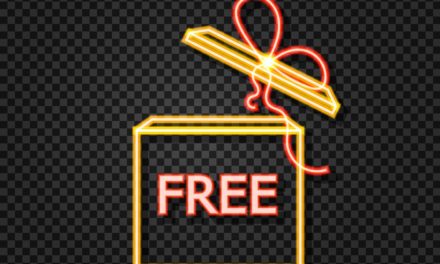