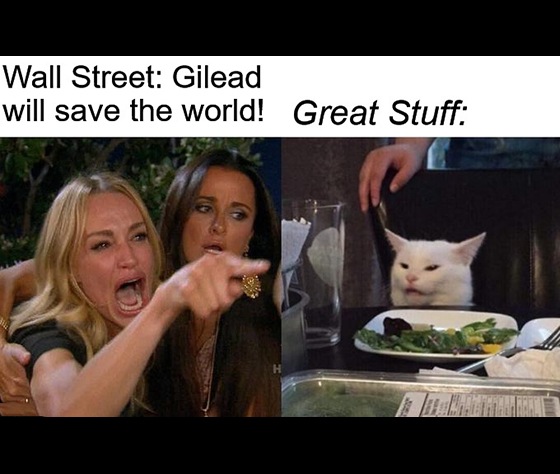 Friday Four Play: The “Fool in the Rain” Edition

In the evening, when the day is done, I’m looking for market sanity, but the girl don’t come.

So, don’t let the market play you for a fool. She don’t show no pity. She don’t make no rules.

Last night, I scanned the market headlines before I slipped off to dreamland. It’s a habit that I developed to have some semblance of where the market was headed the next day.

When I saw the Gilead Sciences Inc. (Nasdaq: GILD) stories, I thought: “There’s no way this will carry over into Friday’s market.” But, in my groggy pre-sleep state, I underestimated two things: investor hope and the amount of cash sloshing around in the market right now.

Hope and vast amounts of cash are a dangerous thing. A fool and his money … if you will.

The Gilead news, if you can even call it that, lit the fires of hope that COVID-19 was on the verge of defeat. And that prompted a surge of cash into the market.

The “study that wasn’t a study” revolved around Gilead’s remdesivir antiviral treatment — a drug that the Food and Drug Administration hasn’t approved for any usage. There were only 125 participants, and there was no control group. In fact, from a scientific perspective, this report is no better than hearsay.

Even Gilead tried to downplay the news by issuing a statement: “This is uncontrolled, anecdotal data, which often winds up not being confirmed in controlled studies.”

So, here’s the crux of today’s market rally: underinformed investors with a lot of Fed-fueled cash hoped for an early end to the pandemic.

And, while everyone was cheering the end of COVID-19, China reported a 6.8% drop in first-quarter gross domestic product. The Chinese economy hasn’t contracted in 28 years. That’s where the U.S. is headed.

To paraphrase Molly Hatchet, the market is travelin’ down the road and flirtin’ with disaster.

Great Stuff’s advice? Take profits from this rally now — before the market realizes it’s been duped.

No. 1: These Apples Aren’t Delicious… 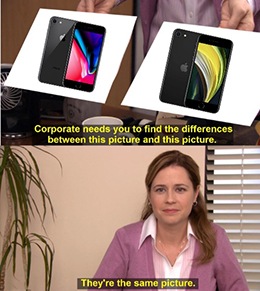 …as a matter of fact, they aren’t, Goldman Sachs said. (Any BNL fans out there?)

Goldman Sachs targeted Apple Inc. (Nasdaq: AAPL) with a rare downgrade this morning, cutting the iPhone maker from hold to sell. The firm also lowered its AAPL price target from $250 to $233 — the second lowest target on Wall Street.

According to Goldman, iPhone unit sales will drop 36% year over year in the second quarter due to pandemic weakness. Furthermore, Goldman analysts believe that average selling prices will remain low due to flagging demand.

It’s also important to remember that all Apple stores outside of China are closed right now, and they have been for nearly a month.

I would think that most of this information was already priced into AAPL shares at this point, but the market has been a bit crazy with hopes, dreams and jellybeans lately.

(Need a 5G play? Not so fast … there’s something even better. Click here for details!) 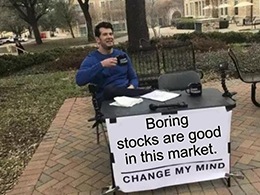 There’s a certain happiness to be found in boring quarterly results … especially in today’s insanity.

Procter & Gamble Co. (NYSE: PG) has boring covered to a tee today. The toilet paper maker reported first-quarter earnings that beat the consensus by $0.04 per share on revenue that matched expectations. What’s more, P&G said it expects sales growth of about 3.5% for the full year — exactly what analysts projected.

The consumer goods company was cautious, however. Chief Financial Officer Jon Moeller gave a nod to the pandemic by telling investors on a conference call: “It’s a very wide range of possible near-term scenarios, and it’s [foolish] to spend too much time trying to sign probabilities to each.”

So, there’s uncertainty in the market for P&G. But, when you’re one of the biggest essential goods producers in the world, you get to call those uncertainties “foolish.” Sometimes, boring is good — especially for your portfolio. 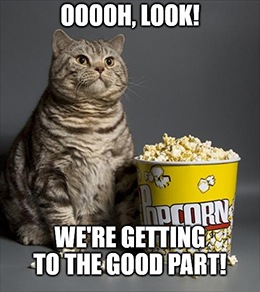 Do you smell that? It’s the smell of buttery, salty popcorn goodness coming back to life! (Undead popcorn? Ewww.)

“We believe the company will have sufficient liquidity to withstand a global suspension of operations until a partial reopening ahead of Thanksgiving,” the company announced today, after a $500 million private debt offering.

Reading this report felt like someone hit fast forward on 2020. Just a few weeks ago, everyone was talking about canceled summertime plans, lost beach vacays and upturned frolicking. (What? You don’t spend your summers a-frolicking? Everyone will need a fine frolic after this.)

But now, AMC is heading back to the future. By Thanksgiving, we could be looking at a completely different film industry — as far as blockbuster releases go, anyway.

Don’t expect throngs of people to line up when AMC finally opens its doors again. 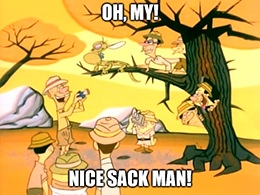 If you see a faded sign by the side of the road that says “15 miles to the Lovesac,” you might want to get back on the Atlanta highway.

The Lovesac Co.’s (Nasdaq: LOVE) beanbag furniture showrooms are a little old place where nobody can get together right now. Yet, showroom closures for the quarantine didn’t stop the company from posting standout earnings of $0.37 per share, besting the consensus estimate for $0.31 per share.

Supposedly the next big thing in durable beanbags and buildable “sactionals” — clearly this is the 21st century tech they got us excited about as kids — Lovesac’s sales shot up over 43% year over year.

The secret behind the ‘Sac’s sales success? The forced shift away from showroom sales and toward an ecommerce-based, direct-to-consumer strategy — online shopping, in real human speak.

Though, if you’re interested in what might be the only pure-play beanbag stock … keep an eye on Lovesac’s expenses. A company’s online presence and e-commerce business didn’t just come out of nowhere, and Lovesac’s marketing costs more than doubled year over year.

Week one of earnings season is in the books, and I have to say…

If you had told me in January that the virus developing in Wuhan would erase the entire Great Recession job recovery … I probably would’ve believed you. But if you told me on Monday that this week would end with a massive rally? Why, I’d have called you a fool in the rain.

If you’ve been following along, you know the market is laying tracks ahead of the train à la Wile E. Coyote. As we keep travelin’ down the road … remember one thing: with Great Stuff comes great responsibility.

Now, more than ever before, is the time to have a guide by your side.

Enter Charles Mizrahi. When he was a money manager for Wall Street, Charles helped his clients navigate the 1987 crash, as well as the dot-com bust in 2001. How? Because instead of seeing charts as heaps of data or wiggles on a chart, Charles focuses on uncovering well-run, standout businesses that stand to keep growing … long after whatever earnings havoc might lie ahead.

To anyone wondering how we’ll survive the potential oncoming recession, Great Stuff has just one special message to share from Charles that could be the answer.

In the meantime, take this weekend by the throat!

Travel to the outskirts of the living room! Explore the unknown reaches of your closets! Delve deep into your attics and garages! Be daring!

And don’t forget to check out Great Stuff online in your search for excitement. You can always find us on social media: Facebook and Twitter. 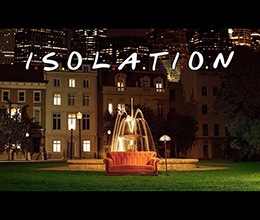