Get Ready: Zinc Stocks Setting Up for Recovery Rally 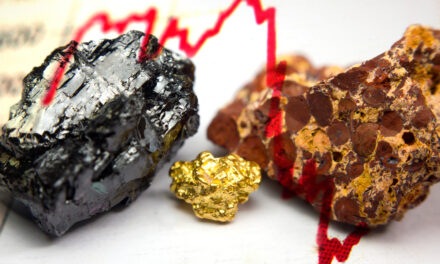 In 2020, in the natural resource sector, we expect a dramatic uptick in bankruptcies and closures. From the oil industry, to the farming industry, to the mining industry — many of the companies that closed during the pandemic won’t reopen. As the industries that consume those products resume work, we’ll see the impacts of the lower supply.

It’s the story of commodities — prices go up, prices go down. If you aren’t prepared, you go under. This time won’t be any different.

Take the zinc industry for example. As the global quarantine kicked in and demand fell, zinc prices collapsed 27% in just three months. According to industry analysts, a quarter of the world’s zinc mines shut down.

For example, Coeur Mining’s Silvertip Mine and Trevali Mining’s Caribou Mine both closed because they aren’t profitable at these prices.

Giant mining company Glencore cut its projections for 2020 zinc production by 231 million pounds. The last time we saw the zinc supply cut this much was in 2015. You can see what happened after that in the chart below: 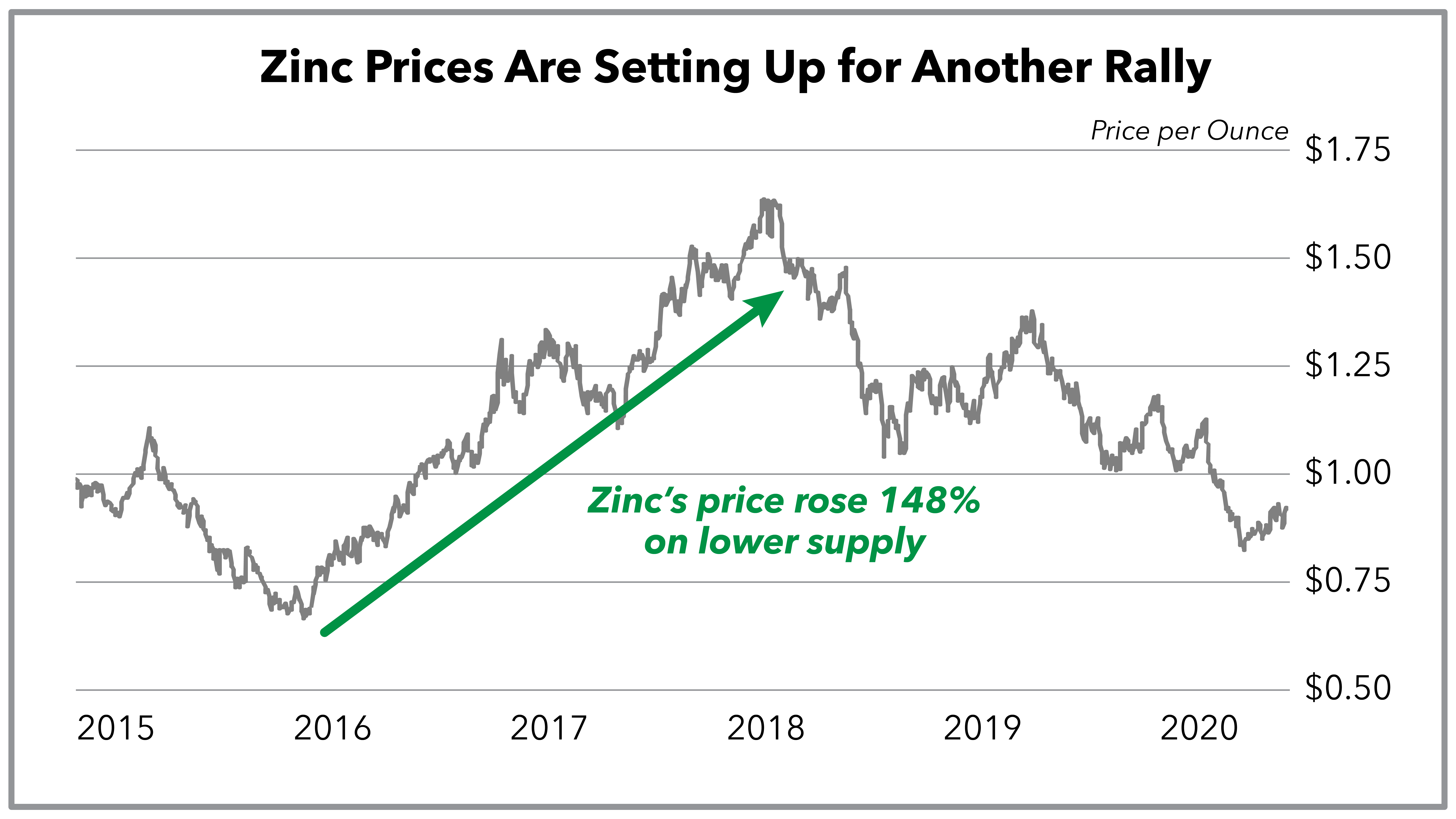 What Will Happen This Time

Commodity analysts at giant bank BMO Capital Markets project a 6% fall in zinc demand in 2020. While 6% doesn’t sound like much, it’s enormous. The recent decline in zinc price came from just 1% to 2% oversupply expectations.

So just 2% extra zinc sent prices plummeting. To see that move to 6% will be huge. But it’s no surprise, as the world shut down for several months this year. It will take at least the next six months to bring the world’s economy back up to speed.

On the supply side, we will see major cuts as well. Mexico and Peru produce 16% of the world’s zinc. Government-mandated closures shut down production there. Even Hindustan Zinc, the fourth-largest zinc miner in the world — which produces a million tons of zinc per year in India ­— closed due to the pandemic. Its operations are now ramping back up as India reopens.

However, low prices could keep many mines closed beyond that period. Analysts at Citi Bank estimate that 25% of miners can’t turn a profit with the price below $0.90 per pound.

With the industries ramping back up in China and coming back online around the world, it will take the rest of 2020 for this market to sort itself out. However, as the world economy resumes, demand will recover … and so will prices.

After hitting a bottom in 2016, zinc prices soared over 140% in two years. Analysts don’t expect a repeat of the 2015 market. However, I think we’re going to see a faster, steeper recovery. Demand can return faster than miners can ramp back up. And there are some headwinds for the reopening mines.

This industry understands low prices. A lack of profitability will slow opening and keep some mines closed. Supply will come off the market. Less supply means fewer pounds of zinc to go around, which will push prices higher.

That’s just the way these markets work … in cycles. And we’re near a bottom in zinc.

Right now there’s no good way to play the zinc market. You can invest in the iShares MSCI Global Select Metals & Mining Exchange-Traded Fund (ETF) (NYSE: PICK) — but this is not just zinc. It covers miners and metals of all types. And not every metal is going to see the same recovery.

Zinc won’t be the only metal to rise in the recovery. There are a few others that have fantastic setups like this one. I’ve been telling my Real Wealth Strategist subscribers about another metal that is sure to benefit from the pandemic rebound … and from the pandemic itself. In fairness to my subscribers, I can’t give this stock away. But you can click here to see a presentation on why I’m so excited about it. 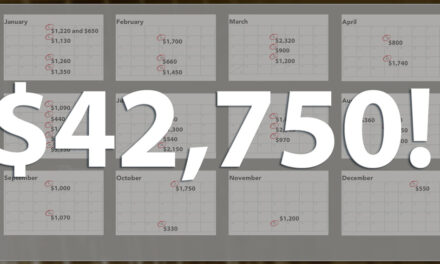 Make Income on EVERY Trade With This Simple Stock Strategy