You’re More Like a Hedge Fund Than You Think 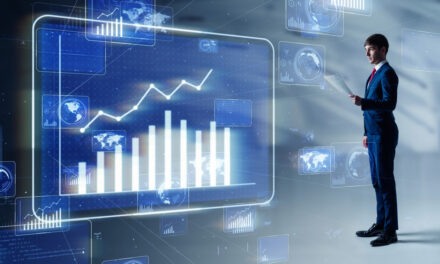 The GameStop saga of the past week has given us a lot to digest.

For some, it has strengthened their convictions about investing.

“Hedge funds are bad” is a common theme.

“Bad people short stocks” is another.

But these ideas aren’t always correct.

Let me tell you why…

The year was 1997 … just a couple days after my birthday.

Neither trusted the other.

How could they? They were from different parties.

Even after the meeting, both realized they “were not going to be buddies for the rest of their lives.”

They took big risks in working together.

Could you imagine? What if someone found out?

But they were just doing their jobs. Doing what needed to happen to take the country to a better place.

Still, some would have assumed the worst if they learned about the meeting.

I thank these gentlemen. They worked toward a common goal.

Bill Clinton and Newt Gingrich were not — and are not — the best of friends.

But they worked together to do what they each thought was right for the whole country. (And I believe they would have made more progress if the Lewinsky matter hadn’t gotten in the way.)

Recently, we heard that GameStop was a symbol of all that is wrong on Wall Street: a bunch of rich people gathering together to short the stock of a struggling company.

Reddit told the world that it couldn’t support the hedge funds that were shorting GameStop.

On one hand, I agreed.

Why would you support them? They shorted 142% of the GameStop shares. It was a bad bet.

Their overindulgence made it easy for the hedge fund haters. When they decided to buy a bunch of GameStop shares, the share price rose more quickly than it would have absent the huge short presence.

The rich people shorted too many shares. They paid the price. Ordinary people made it happen.

Ordinary people inflicted billions of dollars of losses upon them. Some funds had to raise capital to continue. Some folded.

To me, the issue wasn’t that the funds shorted GameStop.

I mean … isn’t that what they’re supposed to do?

GameStop’s year-over-year sales have fallen for 11 quarters in a row.

Maybe this quarter will mark three years in a row. (I hope not. I know a lot of people who love GameStop.)

Then again, IBM has seen its quarterly sales fall for 31 of the last 35 quarters. I don’t hear anyone talking about how terrible the people shorting that stock are.

The Heart of the Matter

If you bought GameStop shares simply because you like the store, kudos! You may have saved the company.

I hope management took the opportunity to sell some shares when they traded above $400. I really do. It will provide them with much-needed funds to turn things around.

Likewise, if you had the chance, I hope you seized it.

If you bought GameStop (or AMC, Bed Bath & Beyond or whatever) shares, I hope you sold them for more than you paid.

Because in investing, you rarely get the chance to make multiples of your money in a week.

Investing — and life, for that matter — doesn’t normally work that way.

If you were smart enough to find the way-too-high short position in GameStop, that’s great! Be confident that you’ll have other chances to make money by sticking it to short sellers who went too far.

But Wall Street isn’t your enemy.

If you want to invest, you need to pick your fights carefully. And when you win, get out.

I know my words may seem off. Tesla stock and bitcoin seem to go up forever.

But that’s not how investing (or life) normally works.

You may not consider yourself friends with Wall Street. You may consider the people who work at hedge funds entitled brats.

But you can interact in a respectful fashion. After all, sometimes you’ll be on the same side of the trade.

Other times, you’ll buy the stocks that some funds shun. And you might make money.

But you can get along.

If you get mad and want to stick it to “the man,” rich people or any other uncool group, you will lose.

That is not investing. That is acting on emotion.

You have a lot going for you. You can support yourself and whatever causes you like.

But when it comes to investing, you will lose money if you stick to one idea and refuse to reconsider.

When the facts change, it’s OK to change your mind. In investing, it’s crucial.

GameStop’s short interest is down below 40%. It may still be too high. IBM’s is only 3%.

You may still be able to make some money on it. But the facts have changed.

Your upside is less. Your trade should change too.

When I first met him, I knew that immediately. But when I first saw him trade, I realized the guy’s stone cold.

Emotions do not affect his trading. They can’t. He has a system that makes decisions for him.

Sometimes, he may not even agree with the recommendations the system spews out. But he still presents them.

He’s tested his system for years. He knows for a fact (I’m sure he would call it a really good hypothesis) that following the recommendations will maximize returns.

Did I mention Mike’s a rocket scientist?

He has literally planned coordinates for the paths of weapons and other tasks I can’t mention. Creating the trading model must have been a piece of cake.

If emotions sometimes get in the way of your investing, you owe it to yourself to listen to Mike’s presentation.

His One Trade system has already made thousands of subscribers wealthier. Watch this to learn more.

And don’t worry — it isn’t a pushy sales piece. Even if you don’t like the product, you’ll learn something from this presentation. 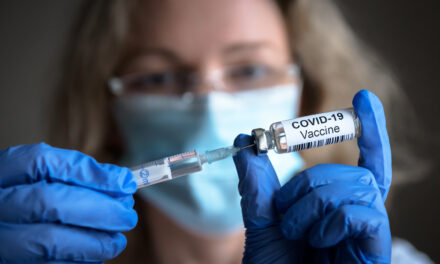 What Traders Can Learn From the Vaccine Snafu 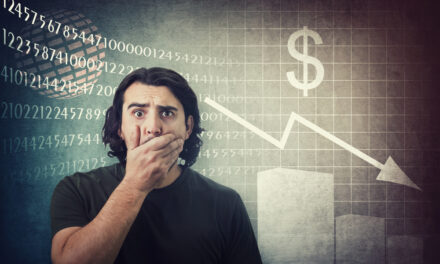