GameStop’s Short Squeeze Shows You How to Make Money 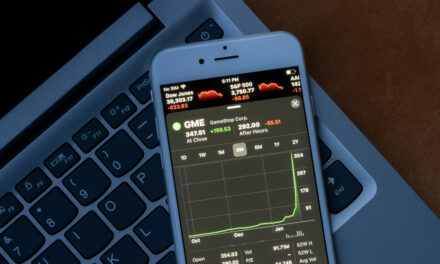 When I had the idea to write this essay last week, I didn’t know GameStop Corp. (NYSE: GME) shares would rise to more than $375 on Wednesday.

That isn’t common. But the stock continued its uptrend. Shares were already up from $4 at the end of July to $39 last Thursday.

Many have marveled at the results on Twitter. “How high can it go?” is a common refrain.

But the process is what you should really care about.

I’ll show you how to put yourself in a position to make money like this.

The Setup for GameStop’s Rally

By many accounts, GameStop was a left-for-dead retailer.

But in the age of digital downloads, it has become less essential. People can download new games in the comfort of their homes.

My friend Greg says the clerks there know what they’re talking about. They relate to his questions and can help him find what he’s looking for. That’s harder to find at Walmart.

But the number of visitors to GameStop was dwindling. Its sales peaked at $9.5 billion in its fiscal year 2012. They fell to $5.2 billion during the past 12 months.

Not great, but GameStop still had almost $450 million in cash. It wasn’t going bankrupt anytime soon.

This short squeeze happened because a passionate network of people took advantage of a precarious setup.

GameStop’s short position was 142% at the end of last year.

That means short sellers had sold more shares than were available to buy.

That set this up.

You see, even if GameStop’s business prospects were poor, its shares were a powder keg.

If enough people acted, the price could snowball.

Here was the result: 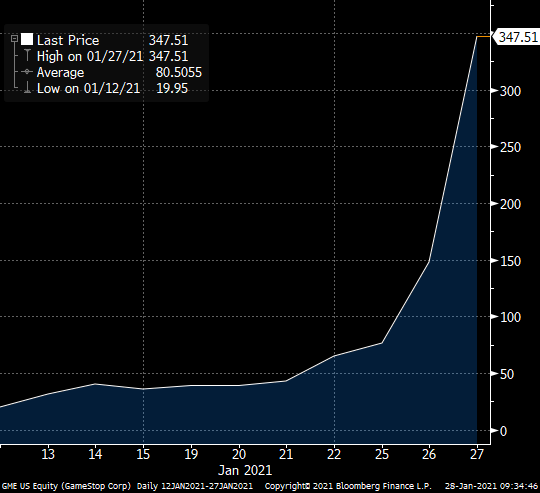 Shares were $20 two weeks ago. Then Reddit users and other investors went long.

Shares traded up to nearly $380 at one point and went even higher in after-hours trading.

Sometimes when enough people hate a stock, it just goes away.

The media stop talking about it. It may even get delisted from its exchange. Then you forget about it.

However, if the fundamentals are OK, high short interest can be a good thing. If enough people see the value and buy, the price can rise — fast.

That’s what we have today.

At the end of the year, there were only 11 stocks with a $100 million market cap and greater-than-50% short interest: 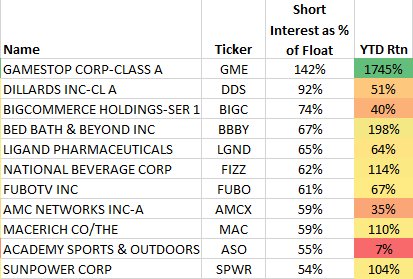 These stocks have done well.

You know about GameStop. And the worst performer is only up 7%. That’s in less than a month.

If you have to settle for 7% monthly gains on your portfolio, it won’t take long for you to stop worrying about money.

To be clear, the fireworks we’re seeing with GameStop are rare. It seems too good to be true.

This is no longer a safe shorted stock to invest in. This article is not recommending that you do so.

And Thursday’s trading action shows why. Shares have been super volatile, falling more than $200 at one point.

In the future though, if two stocks ever look equally attractive to you, make sure you compare their short interests. The one with more people betting against it may be your better bet.

If the company has low debt and you aren’t aware of any major potential issues in the near future, it is like a pulled rubber band.

It may sound simple. And like a lot of things in investing, it is. You just have to trust the process.

P.S. Ian King saw a short setup like this recently.

Shorts had sold 24% of a company’s shares. But he knew that its future was bright, so he recommended it to his Automatic Fortunes subscribers.

That is the power of this strategy. Ian trusted the process, and his subscribers won.

Click here to learn more about some of the other big ideas Ian has for subscribers today. You will be happy that you did. 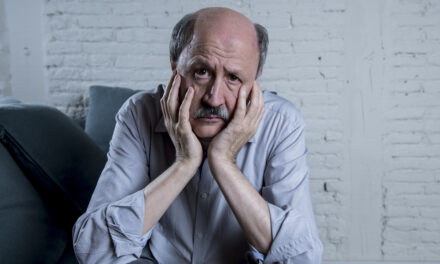 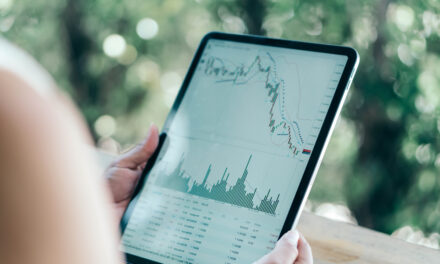 This Stock Could Be China’s Ticket Into the EV Market