You Won’t Believe Which Company is 2019’s Big Winner 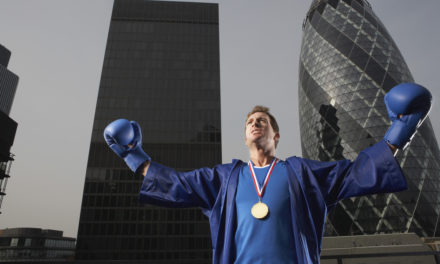 Chalk up another huge win for the contrarians.

If you bought General Electric Co. (NYSE: GE) — yes, poor, unloved, unwanted GE — when I recommended it to you almost exactly a year ago…

You read that right: GE has outperformed tech darlings Microsoft (up 44%) and Apple (up 58%) over the last 12 months.

As for Amazon (up 10%), Netflix (up 18%) and all the other stocks that constantly preoccupy most investors, it’s not even close.

How did I know GE would rebound so much?

I thought there was plenty of value with the stock at $7 and change, and said so — even though Wall Street analysts were bailing left and right. (Vanity Fair’s finance expert said you’d have to be “very, very brave” to buy the stock.)

Insider Buying Puts the Odds in Our Favor

The biggest clue, as I noted at the time, was that “GE insiders are buying the stock by the bucket-load.”

The conglomerate’s new CEO, Larry Culp, along with other senior executives and a board member, collectively purchased more than $5 million in GE shares over the prior four months of 2018.

When large groups of insiders buy their own company’s stock, it puts the odds in our favor that there’s more value than Wall Street realizes.

It happened again in August. A report by prominent financial fraud investigator Harry Markopolos declared: “GE is the next Enron” — and knocked the stock down 25% in a few days’ time.

GE insiders took advantage of the opportunity and bought another $7 million worth of shares. They watched the stock rise 40% over the last four months. 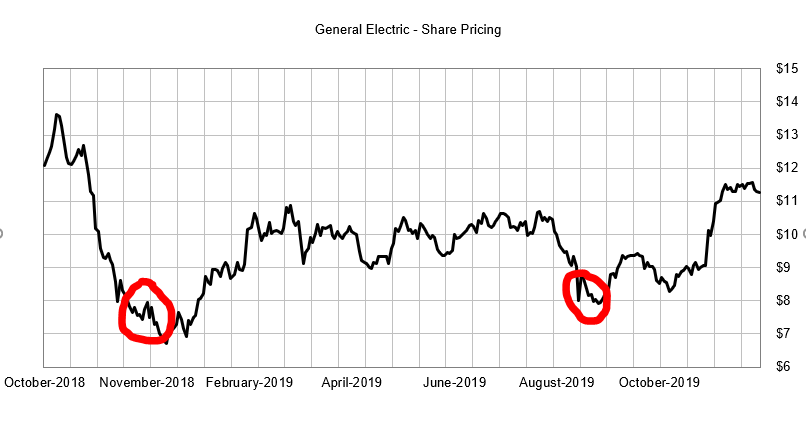 There are still plenty of bears on the stock. The JPMorgan Chase analyst who predicted the stock’s decline between 2016 and 2018 still has a $5 price target, with plenty of warnings for shareholders.

But I believe many of those worries are already priced into the stock.

I expect the Wall Street narrative will finally change in earnest from “perennially dumb conglomerate” to “undervalued asset play” as the stock moves higher from here.

GE Still Has Plenty of Cards to Play

Most investors still associate GE with the struggles of its capital and power divisions (both have seen revenue declines of 4% and 2.5% over the last 12 months). But the company has plenty of cards to play in its ongoing turnaround.

Though long neglected by GE until the new crop of executives came along, the health care division ($19.9 billion in revenue over the last 12 months) remains a driver of positive growth for the company.

GE makes many of the body scanners and other high-tech diagnostic systems used in hospitals today. But most investors don’t realize it’s the fifth-largest medical device maker in the U.S.

Likewise, GE’s jet engine unit saw a 2% gain in revenue over the last 12 months despite the trade tariffs and other issues clouding the global economic picture.

And perhaps the biggest growth driver of all — hiding in plain sight — is the 5% gain in revenue posted by the renewable energy division.

My point is, while GE isn’t out of the woods yet in its turnaround, a lot of the fears over its various business units have been priced into the stock for many months now.

They provide the “wall of worry” to move the stock higher from here.

P.S. U.S. Navy SEALs are using a powerful new technology for high-speed, top-secret communications. And soon, you’ll be using it yourself — in your own home. Click here to watch a special presentation on this breakthrough technology — and how it could hand early investors 10 times their money. 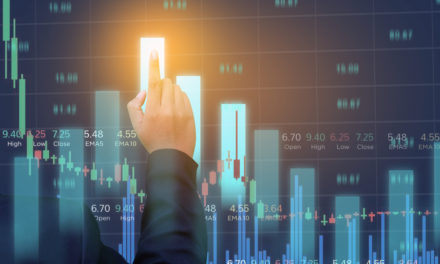 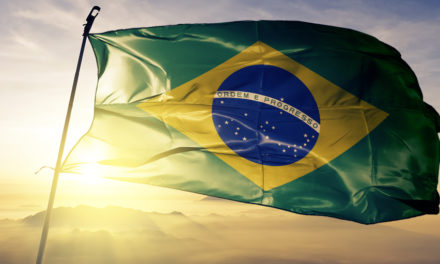