Home » Great Stuff » Volatility Is Your Friend; Beyond Meat Is Hot Again 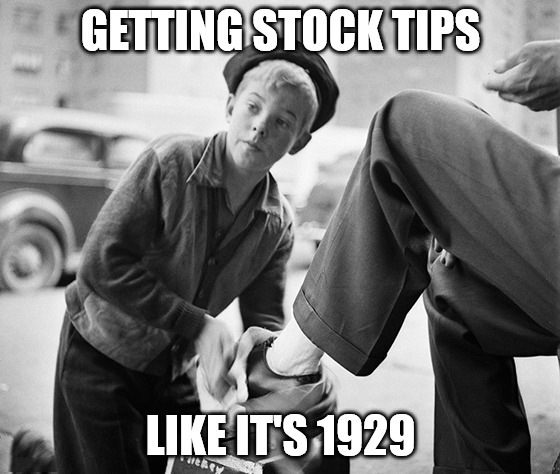 I have a bit of a rant today.

The thing is, I’m getting bombarded by friends and family asking how to buy stocks.

It’s getting out of hand. “Relatives” are popping up all over the place asking for recommendations. Heck, I’ve even had people on my PlayStation friends list ask how to get started with investing.

No, xx360NoScopeHeadShot420xx, I can’t give you stock advice. The SEC will fry me. Will you just cover Point A? That enemy sniper is creeping up again.

Personally, I’m having flashbacks to 2007, when those same relatives and friends asked me about flipping houses.

And it’s not just anecdotal. According to Google Trends, searches for “How do I buy stocks?” are at their highest level of popularity since 2004.

All this public attention — this groundswell of stock-trading interest — sets off my contrarian senses. (They’re like spider senses, but nowhere near as cool.)

Do you know what my contrarian senses tell me right now?

Stocks are out. Options are in. It’s no secret that we’ve seen massive market volatility this year: 2% daily swings used to be terrifying; now, they’re as mundane as your morning ritual. (Take that how you will…)

But I hear you. You’re thinking: I don’t know how to trade options!

As in all things (well, most things … OK, a few things here and there … sheesh), Great Stuff has you covered.

Truth is, you don’t need to be a whiz to dive into the options market. Heck, you don’t even need to know what an option is to get started.

Why? Because you can let Banyan Hill’s experts do the heavy lifting for you.

Paul Mampilly (yes, that Paul Mampilly!) has a “rebound” method to look for specific opportunities in volatile markets. In fact, looking back, you could’ve used this method to rack up 529% returns during the worst month of the ’08 financial crisis.

So … why not let Paul and co. find the opportunities for you? That way, you can get back to, well, whatever you’d rather do right now than stare at stock charts and data.

Click here to see how Paul Mampilly’s options research can work for you.

No. 1: Bring Me the Verizon 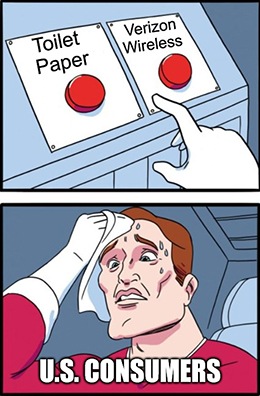 If you thought wireless would be a safe haven in this pandemic market, Verizon Communications Inc. (NYSE: VZ) just burst your bubble.

The “Can you hear me now?” company just updated investors on its first-quarter performance, and the results are mixed. Earnings topped expectations by $0.04 per share, while revenue missed by $330 million. Not a complete face-plant, but it’s far from exciting.

Verizon subscribers either can’t get into the store to pay their bills — the number of people still paying in person is disturbingly high — or they were forced to make budget cuts. The fact that smartphone plans make the “budget cuts list” should be a worrisome development for investors.

Not sure where to start with wireless and 5G tech? Click here! 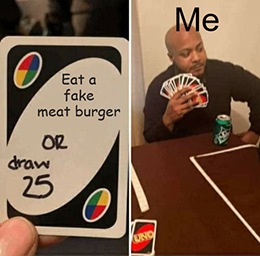 Beyond Meat Inc. (Nasdaq: BYND) just saw its biggest weekly gain since going public. No, millions of people didn’t just decide to become vegetarians … or did they?

One of the themes coming out of the COVID-19 story is that humanity could cut down on the number of viruses it contracts by eating less meat.

“Most infectious disease outbreaks are transmitted from animals to humans,” CFRA Research wrote in a note to clients this month. “Since lab-based meat is produced in a clean and controlled environment, we think the progression of the lab-based meat industry could be accelerated as more zoonotic outbreaks occur.”

In other words, analysts believe that fake meat could be the solution to our outbreak problems.

In case you didn’t know, China is the Porkopolis of the world. They produce and consume more pork than any other country. That production has been severely hampered by an outbreak of African Swine flu.

Swine flu? COVID-19? Maybe there’s something to this alt-meat thing after all. 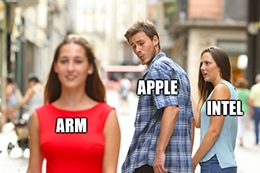 With “Big Blue” in cash-conservation mode, the big tech market got even frothier with yesterday’s news of next-generation Macs ditching chips from “Team Blue,” aka Intel Corp. (Nasdaq: INTC).

There’s a shadow hanging over Intel, oh, yesterday came suddenly. Why Apple Inc. (Nasdaq: AAPL) had to go, I don’t know, it wouldn’t say. (But really, we all knew Intel couldn’t cut it anymore. Not with Apple’s ARM processors having three times as many cores as Intel’s archaic chips.)

Yesterday, processors were such an easy game to play. But last night found INTC shares down more than 6% after hours when the company reported earnings.

Earnings came in at $1.45 share, right above analysts’ estimates for $1.28 per share. And revenue hit $19.83 billion, beating both analysts’ expectations and the company’s $19-billion forecast. A decent chunk of revenue was from workers and students alike snatching up devices for their stay-at-home battle stations.

The problem — in Wall Street’s eyes, anyway — is second-quarter projections. Intel projected revenue to beat analysts’ estimates, but earnings would come up $0.09 short per share. Combined with Intel yanking its full-year guidance, this was simply too much for Wall Street to handle, and it sold.

Intel is shifting to corner the market for data centers and servers anyway. Losing consumer-device customers like Apple would happen sooner or later. My take? Ho hum. 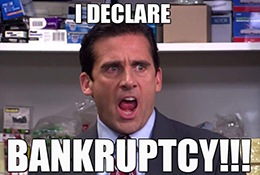 A Penney saved is a Penney burned, apparently. J.C. Penney Company Inc. (NYSE: JCP) is about to become the next Sears Holdings Corp. (OTC: SHLDQ). (How the heck is Sears still a thing?)

According to The Wall Street Journal, Penney is in advanced bankruptcy talks with funding groups and lenders. Specifically, the department store failure currently seeks financial help with lenders while it undergoes a court-supervised bankruptcy.

Apparently, Penney needs about $800 million to $1 billion to stave off lenders. That’s a lot of pennies.

While J.C. Penney has hemorrhaged cash for years, the recent pandemic shutdown pushed the company over the edge. In recent weeks, Penney closed all 850 department stores and furloughed practically all its 95,000 employees.

Great Stuff: Penney for Your Thoughts?

That’s going to be a wrap for this week, dear reader, and what a week it was! Earnings season continues to rage on, with Wall Street flabbergasted both by companies pulling guidance and beating expectations. It’s been a wacky one, and I’m glad you chose Great Stuff to help guide you through the pandemic pandemonium.

If you ever have any questions, comments, concerns or just want to let off some steam, reach out to us at GreatStuffToday@BanyanHill.com. Our inbox is just a click away!

And if you haven’t bought into our most recent Great Stuff Pick, you might want to take a gander. Citrix Systems Inc. (Nasdaq: CTXS) shares are already drifting higher now after Wall Street’s overreaction this week, and you can bet we haven’t seen the last from this work-from-home play.

Before I go, don’t forget to check out Great Stuff online in your weekend’s search for excitement, enlightenment and entertainment. You can always find us on social media: Facebook and Twitter.