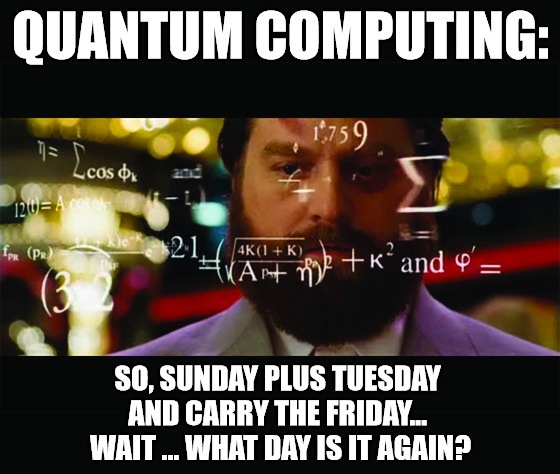 Today, dear readers, we take off our quarantine masks and put on our thinking caps. Well … figuratively speaking, at least. Keep those masks on for now, please.

Why our thinking caps? Because President Trump’s 2021 budget requests $237 million in funding for quantum computing. Roughly $25 million of that budget request comes directly from the U.S. Department of Energy — you know, the guys that helped bring us the internet 60 years ago?

While Trump’s budget still has a long way to go — i.e., through a Democrat-controlled House of Representatives — even he knows that quantum computing is the future of technology as we know it.

And that future is exceedingly bright, especially for investors who get in early.

That’s great, Mr. Great Stuff, real great. More spending on technology while we fight a virus? You’re starting to sound like Bold Profits. So, what is this “quantum computing” … and why should I care?

Why should you care? Hmm … because if we had quantum computers right now, we may already have a cure or vaccine for COVID-19. How’s that, Mr. Doubting Mustafa?

So far, everything you’ve ever seen, written, read or interacted with on a computer or the internet is made up of ones and zeros at its core. Get enough of these ones and zeros together, and you can publish a free e-zine on BanyanHill.com and deliver it to thousands of people on the internet.

But quantum computing? Now that’s a horse of a different color.

Quantum computing will change everything we know about computers, the internet, smartphones, cybersecurity, artificial intelligence (AI), health care, virus management … and even the weather.

It’s a complex topic that deserves a much more in-depth explanation if you’re into future technology. Though, I know you’re itching to hear the market side of things. (Quantum profits? In my portfolio?!) Tech investors, listen up…

Essentially, quantum computing is the next leap forward in our digital evolution. President Trump knows this, and it’s why he’s pushing for millions in new funding.

Now, your question should be: How do I get in on the emerging quantum computing mega trend?

I’m glad you asked! The answer is a lot simpler than you might expect…

Right now, only a handful of tech companies have the financial wherewithal to dive into quantum computing research in a meaningful way. Here are three to get you started:

I know that’s a lot to take in … especially with our brains on autopilot after being locked inside for the past month. So, let me make this easier for you:

If you want expert, cutting-edge stock research on everything from AI to quantum computing, click here now! 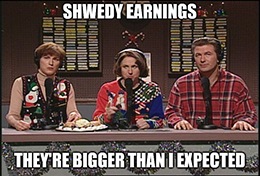 In what should surprise literally no one, IT security and services firm, Check Point Software Technologies Ltd. (Nasdaq: CHKP) beat earnings and revenue expectations this morning.

This stay-at-home market has been a boon for Check Point, with the company beating Wall Street’s first-quarter expectations by $0.04 per share. Revenue of $486.5 million also topped the consensus estimate.

“Despite the COVID-19 pandemic, we sustained elevated business activity levels and delivered results in the upper half of our guidance with strength coming from the Americas,” said CEO Gil Shwed.

But, while the prior quarter benefited greatly from the new work-at-home economy, Shwed warned that “it’s hard to predict what effect this changing environment will have on the future.”

I get it. The future is hard to predict, especially right now. But, as long as this lockdown stays in effect, Check Point will continue to benefit handsomely.

The Bad: No Meat for You 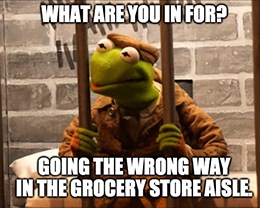 Strycula’s “new math” is in reference to Beyond Meat Inc. (Nasdaq: BYND). And, after BYND’s recent 100% surge, the UBS analyst believes now is the time to ditch BYND stock. He cut BYND from hold to sell and slashed his price target from $90 to $73.

I admit that UBS has a point over the short term at least. Over the long term, however, the COVID-19 pandemic has the potential to change the eating habits of millions. As Great Stuff reported on Friday, CFRA Research told clients: “Most infectious disease outbreaks are transmitted from animals to humans.”

Furthermore, meat processing is shutting down around the world. You already know that China struggles with pork production. Now, we have Tyson Foods Inc. (NYSE: TSN) shutting down processing plants due to the virus.

These stories are clearly a short-term boost for BYND, driving investor sentiment more than the company’s bottom line. So, UBS isn’t wrong … for now. But the problems surrounding meat production amid COVID-19 give insight into Beyond Meat’s future. And that future is trending in the meatless wonder’s favor. 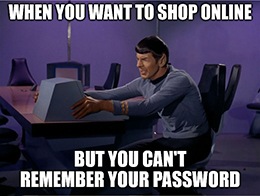 Yeah, neither does Wall Street.

Wayfair stock has gone on a 400% bender since its Ides of March lows. But someone on Wall Street finally came to their senses.

Stifel analyst Scott Devitt responded to Wayfair’s insanity by downgrading the stock from buy to hold. According to Devitt, the stock passed his price target of $115 last week, and it’s time for a break.

Wayfair’s main problem is that it has to spend — a lot — to stay fresh in consumers’ minds. The company directly competes with everyone from Amazon to Walmart … but it doesn’t have the same brand recognition.

In short, Wayfair’s revenue boost from online shopping amid the pandemic is eaten up by advertising costs.

I swear, I’m so tired of seeing Wayfair ads on Facebook. I can’t imagine how much this is costing the company … oh, wait, I can: negative margins.

The point is, Wayfair is nothing special. It offers products that you can find virtually everywhere else. The only reason it gets attention is because people can’t shop outside. As such, I fully expect Wayfair to see a sharp drop in sales once this lockdown is over. And that’s bad news for W shares. 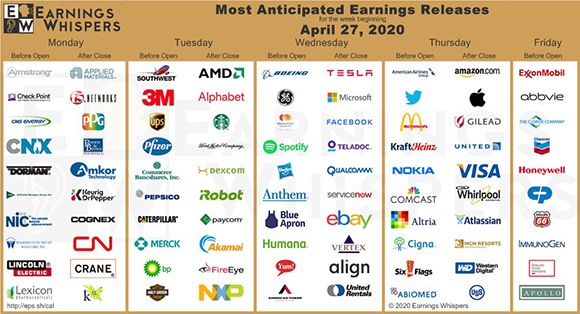 Today’s Chart of the Week once again comes courtesy of Earnings Whispers on Twitter, with a whole lotta earnings season shakin’ goin’ on.

Hey, I can’t be the only one who gets excited about this kind of stuff. If you’ve never felt the brisk energizing action of corporate earnings, well, maybe you’re a more well-adjusted person than lil ol’ me.

Roughly 30% of the S&P 500 Index is set to report earnings this week, with more than a third of the Dow also spilling its beans. Not to mention, this week features the trillion-dollar tech titans face off. All eyes are on Amazon.com Inc. (Nasdaq: AMZN), a beacon of all online shopping supply chains, and Apple Inc. (Nasdaq: AAPL), bellwether of the “gotta get it now” crowd.

Google’s parent Alphabet already sowed doubts about its ad-dependent business slowing down. (And if you want to talk “we live and breathe ads,” why, Facebook Inc. (Nasdaq: FB) is just getting started … show me another Wayfair ad, I dare you, Zuckerberg!)

Here’s what else is kicking off this week:

It’s sure to be a topsy-turvy week of earnings … but it’s not like you expected otherwise, right? Stick with Great Stuff and Banyan Hill, and we’ll help you dispel the earnings excellence from the hype and hogwash.

If you’re looking to venture out hunting for market bargains, just remember: You never have to go alone! Take a guide. They’re handy. They’ve been through choppy and unexpected markets before. And no matter what kind of earnings apocalypse we may be due for, you’ll want to keep your wits about you.

That’s a wrap for today, but you can always catch us on social media: Facebook and Twitter. We hope you’re staying well out there!