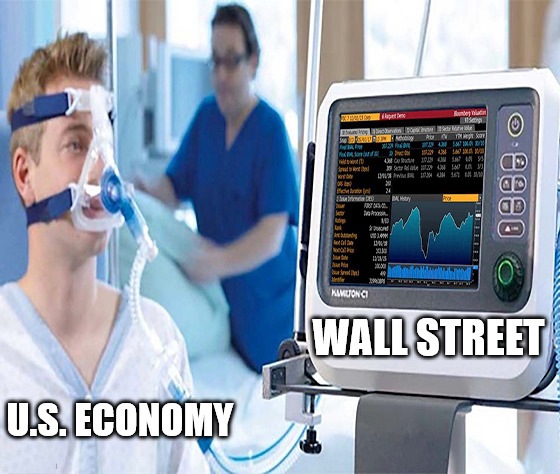 No, this isn’t déjà vu. This isn’t a glitch in the Matrix … no matter how much we wish it was.

It gets worse. During the past five weeks, the U.S. economy saw 26.4 million people file for unemployment benefits. In other words, we’ve lost all the jobs created since the Great Recession of 2008 … and the market rallied.

According to Paul Ashworth, chief U.S. economist at Capital Economics, the latest jobless claims data could translate to an unemployment rate of 23% when the Department of Labor releases its official jobs data next week.

The previous peak for U.S. unemployment was 24.9% during the Great Depression.

So, with that horrendous backdrop, why is Wall Street in rally mode today?

For the second day in a row, the U.S. June oil futures contract soared, climbing more than 25% to trade firmly above $17 per barrel. International oil prices topped $20 per barrel.

Traders are betting on U.S. oil production cuts and rising tensions in the Middle East. President Trump provided the latter with yesterday’s threat to “destroy” Iranian gunboats in the Persian Gulf. As for U.S. production cuts … well, with U.S. shale oil companies on the verge of bankruptcy, this one’s a no-brainer.

Practically every economic indicator points toward the worst U.S. economy since the Great Depression, and yet, Wall Street rallied. It’s bizarro world.

The problem here is that we are investors. We rely on accurate data to make decisions. Right now, that data says to duck and cover.

But, if you completely duck and cover, you miss out on potential gains in this irrational market at best. And, at worst, you lose money by betting against the market.

Here at Great Stuff, we’re convinced that the market has not seen the bottom. But you can be right and still lose money. Remember, markets can stay irrational longer than you can stay solvent.

So, while you hold most of your capital in safe havens like gold, currencies and bonds, it might be worthwhile to throw a bit of cash toward the market’s insanity.

(And I realize that by tilting a little bullish, I may have just called a top to the recent rally. Ha!)

But to do this, you need to do it safely. One of Great Stuff’s major themes this year has been finding your guide.

I cannot stress this enough: The market is far from normal right now.

Going out on your own is dangerous.

You need someone to point you in the right direction, especially when looking for positive returns in the current market madness.

That’s why it pays to listen to Banyan Hill experts like Jeff Yastine — those investors and researchers who have been there, done that when it comes to bizarre, out-of-touch markets.

When sifting through Wall Street’s noise, Jeff relies on a simple formula that lets him see through the financial smoke and mirrors to predict which stocks have the true potential to soar.

Not to mention, this formula helped Jeff show his readers’ cumulative gains of 1,091% in the past five years alone. And that’s the kind of guide you want to stick with through this topsy-turvy tumult.

You know you want to learn more about this formula, so what are you waiting for? Click here now. 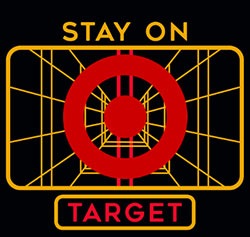 But Wall Street just wasn’t satisfied. Analysts pointed out that, while sales for essential goods are up by double digits, Target’s sales for high-margin goods, such as apparel and accessories, are down 40% for the quarter.

In short, Target is performing rather well when you consider the U.S. economy’s pandemic lockdown. It’s just not enough to appease overzealous Wall Street analysts.

Better: Apple Gets an ARM Up 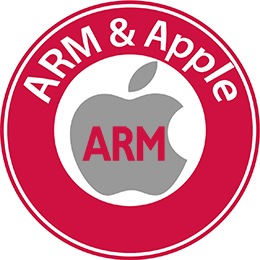 Apple Inc. (Nasdaq: AAPL) kicked Intel Corp. (Nasdaq: INTC) to the curb. According to a Bloomberg report, the long-anticipated ARM Mac chip could arrive as early as next year.

The company already moved toward ARM-based chips for iPhones and iPads, and performance has grown significantly in recent years. So much so, that Apple’s ARM chips now regularly beat Intel’s Mac chips in benchmark tests.

According to Bloomberg, Apple already has “at least one Mac” powered by Apple chips that’s ready to go in 2021. The new chips reportedly have at least 12 cores stacked up behind their processing power, putting Intel’s four-core Mac chips to shame.

(Quick fact: Put simply, the more cores a processor has, the more tasks the device can process at once.)

The Bloomberg report also notes that Apple tapped its favorite fabricator to make its new ARM Mac chips: Taiwan Semiconductor Co. (NYSE: TSM). So, not only is this news positive for Apple, it could help Taiwan Semi move a bit further away from reliance on Huawei Technologies Co. for revenue growth.

Sorry, Intel, but you’re out in the cold on this one. 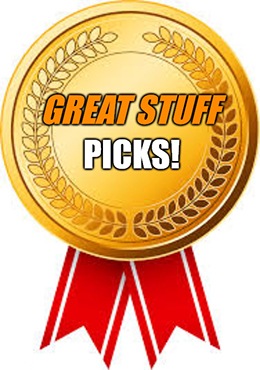 It’s been a while since Great Stuff has come across a company that we believe in enough to recommend buying. Today, however, we have a winner.

The firm specializes in networking, virtual apps, virtual desktops and cloud-based collaboration and file sharing. If you’re among the millions working from home right now, chances are you use at least one piece of software or service from Citrix.

Because of the surge in at-home work, Citrix saw a blowout first quarter. Net income soared 82% year over year, with adjusted earnings beating the consensus estimate by $0.56 per share. Revenue spiked 20% to $861 million and beat Wall Street’s expectations.

Citrix even put full-year guidance above the Street’s target, and that strength is poised to continue. In its earnings release, Citrix said:

In response to our customers’ need to quickly support nearly all employees working from home, we created a more flexible, shorter duration offering in the form of a limited use on-premises term subscription at a discounted price. As a result, we saw considerable upside to ‘other subscription’ reported revenue.

In other words, the company adapted rapidly to soaring work-at-home demand, and it even priced subscription packages competitively. This competitive pricing will be key going forward.

Despite a move to reopen the economy in many states, the pandemic won’t let up anytime soon. Furthermore, many companies may decide that the work-from-home model is more cost effective once the shelter-in-place directives are lifted.

As such, Citrix should continue to see impressive revenue growth through the end of the year and through the first half of 2021.

The best part about CTXS shares right now? Wall Street investors sold-off on the news. The shares dropped more than 6% despite the company’s beat-and-raise quarter. This profit-taking is our opportunity.

This week, our inbox is nigh overflowing with all the greatness you all sent in. Today, we talk about returning vets, essential faith and retro-futuristic late ‘80s rock. Now, I’ll stop yapping and turn it over to you. Here’s what Great Stuff readers are thinking about this week:

My store is considered essential so I’m still working. Plus I am PRN as a caregiver. When I’m not working, I’m in the YouVersion Bible app.

Thank you for writing in, Jennifer! No matter how dire things may seem, remember that you and every other essential worker are what’s keeping this whole perilous house of cards from — well, best not to put that bad juju out there…

Regardless, thank you for what you do and the care you provide. Your email is a valid reminder for everyone out there: Whatever you do and however you do it, keep the faith. (Like wearing matador boots and a tight pair of chinos.) Losing a few portfolio percentage points has nothing on losing your sanity.

You realize it was oil futures that were negative.
— John A.

Mr. zevons masterpiece work “transverse city” though made a long time ago so fits [our] dystopian present situation I can’t stop playing it… splendid isolation indeed.

Not to mention, the absolute quality of that album’s cameos.

Jerry Garcia, David Gilmour, Neil Young and Chick Corea?! The late ‘80s were strange, strange times. Thank you for taking me back to them, Chris. If you’re looking for some tape to spool, some wax to spin or … tracks to stream, I guess, run straight down to check out Warren Zevon’s Transverse City.

Hello Joseph your insights and information are most welcome. I’m a “rookie” mini vet (whatever that means). I guess a wet newbie who took a long hiatus who is interested in knowing how progressively bad the economic news will affect the markets. I don’t expect a fortune teller but will appreciate your insights.

First off, thank you for tuning in, Max, and welcome back from your hiatus!

See, the best part about Great Stuff — well, speaking for ourselves here — is that we welcome rookies and vets alike. No matter how much you know or don’t know about the market, just know that Great Stuff has the know-how to demystify any market know-nothing shenanigans … you know?

What to buy now

Why, you picked a perfect time to write in, Lenore! Check out our write-up on CTXS above. (You didn’t scroll past it, now, did you? These are Great Stuff picks we’re talking about!)

I expect to see the same scenario play out with other companies this manic earnings season. So, keep a close, discerning eye out over the next month or so. I’ve harped on this for a while now, but every company you see reports from will face some kind of COVID-19 impact — it’s just a matter of how much damage.

Nevertheless, do tread carefully, Lenore, Max and all you lurking vets and newbies out there! Today’s bizarre action is just a glimpse of the rough ride ahead through earnings season.

Of course, you don’t have to go it alone. Navigating the murky market waters is always best with a guide. Click here to find yours!

I want to give a huge “thanks!” to Jennifer, John, Chris, Max, Lenore and everyone else who wrote in! I