Home » Great Stuff » Oil Be Back … With Fake Pork and Coke 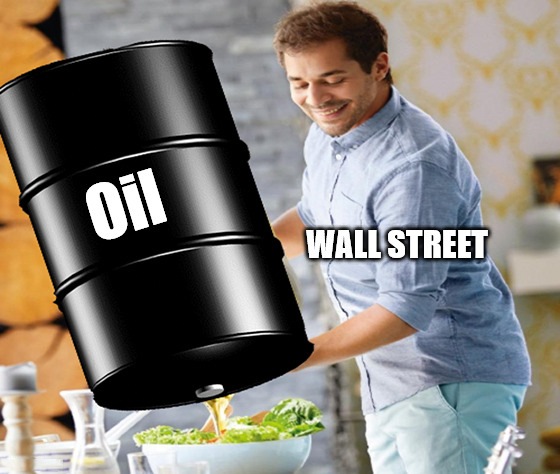 Have you ever wanted to own your own barrel of oil? You know, just for funsies?

Well, you are in luck! Due to pandemic lockdowns, plunging demand and a lack of storage space — the price of crude oil plummeted to the low, low price of about $1.25 today. Heck, 10-year-old me could’ve bought a few barrels with his pocket change.

On Monday, they were even paying you to take the stuff. Yes, that’s right. Negative oil prices. We can add that to the list of records set by the pandemic market.

“This moment is of course historical and could not better illustrate the price-utopia that the market has been in since March, when the full scale of the oversupply problem started to become evident but the market remained oblivious,” said Louise Dickson, Rystad Energy’s oil market analyst.

But the big problem isn’t oil, per se.

Despite the rising popularity of electric vehicles and the global green energy movement (Woah there! Not you, America!), many planes, trains and automobiles still run on Texas tea. Because of this, demand will recover … eventually.

The problem is where to put millions of barrels of oil while the world rides out the pandemic. We’re literally running out of places to put the stuff.

The main storage hub for West Texas crude in Cushing, Oklahoma, contains about 55 million barrels. It can only hold about 75 million. Furthermore, roughly 45% of the oil currently there has arrived since February.

This lack of storage is forcing prices into the basement, because no one wants to (or can) take delivery — hence, the recent spate of negative oil prices.

So, why don’t we just produce less oil?

The problem is that, while oil is literally just lying around in vast underground pools, someone must pull all that oil up and refine it.

For better or worse, that’s not a process that you can just pause and put on hold for a rainy day. There are startup and shutdown costs involved, and thousands of jobs would be lost.

Furthermore, getting oil out of the ground is ungodly expensive.

Those costs rise the harder it is to get oil out of the ground.

You take nine of the worst shale players: Comstock, Callon, WPX, Pioneer, SM, Noble, Parsley, Hess and Antero. They haven’t been cash flow positive in the last seven years. None of them. AND they owe over $37 billion in long-term debt. Somebody is going to get hung out to dry when they go bankrupt. And there is a real chance that all nine could file this year.

By now, you’re probably asking yourself: “What’s the point of all this? What does it mean for me?”

The bottom line is that there’s more short-term pain coming for the oil sector — especially for U.S. shale companies.

However, once the glut of oil dissipates and an economic recovery eventually sets in, battered and bruised oil companies — the ones left standing — will be amazing investment opportunities.

Until then, it doesn’t hurt to look for alternatives … and guess who already has one lined up and ready to go? Banyan Hill expert Paul , that’s who.

Most of you know Paul from his tech research on 5G, self-driving vehicles and so on. But all that big tech still needs energy to run on — and you can be sure it’s not oil.

Instead, Paul found a new technology that releases “endless energy.” (Great Stuff urges everyone to obey the laws of thermodynamics). It’s not solar or wind, and it operates 24/7 virtually free of charge. Better still, he pinpointed the one tiny company that holds all 100 patents on this technology.

The Good: The Other, Other White Meat 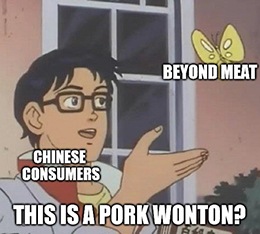 Beyond Meat Inc. (Nasdaq: BYND) is going to Starbucks and … well, beyond.

According to a report on CNBC, Starbucks Corp. (Nasdaq: SBUX) will add Beyond Meat’s meat alternatives to its menu in China. Starbucks has about 31,000 locations globally, with roughly 5,000 or so in China. (All of which are open right now, Luckinly.)

That’s a lot of not-meat.

But the real kicker is Beyond Meat’s alternative pork products. China is home to the world’s largest collection of pork eaters. The country raised some 500 million pigs last year, compared to about 140 million in the U.S.

But African swine flu and the COVID-19 pandemic severely hampered China’s capacity for makin’ bacon. In other words, the Starbucks deal could turn into a massive opportunity for Beyond Meat if it’s faux-pork products catch on with Chinese consumers.

The Bad: The Power of Coke Compels You! 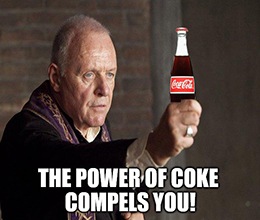 If there’s one thing the Coca-Cola Co. (NYSE: KO) knows, it’s how to market a product. In today’s quarterly earnings report, the company turned the full force of its marketing prowess on investors.

Overall, Coke beat first-quarter earnings expectations by $0.07 per share on revenue that rose 7.2% to $8.6 billion. Not too shabby, but we all know the real news this earnings season is guidance.

Looking ahead, Coke yanked its 2020 guidance faster than a kid running away from a Diet Coke and Mentos grenade. However, CEO James Quincey followed that news with a heavy dose of optimism:

We’ve been through challenging times before as a company, and we believe we’re well positioned to manage through and emerge stronger. The power of the Coca-Cola system is our greatest strength in times of crisis.

The power of the … Woah. Almost got pulled in there. The core of Coke’s message is that the company expects a solid recovery in the second half … like pretty much every other company releasing earnings this quarter.

I’m not gonna lie, Coke’s first-quarter earnings were solid. But I’m going to wait and see how sales hold up during the thick of the pandemic before I share a Coke with anyone right now.

The Ugly: A Cash-Conservation Crisis

As a University of Kentucky fan, I like chanting “Go Big Blue!” just as much as the next Kentuckian. But few things are less deserving of the “Big Blue” moniker than International Business Machines Corp.  (NYSE: IBM) — especially after last night’s earnings report. (How’s that for an awkward transition?)

The lone bright spot? Earnings fell nearly 10% to $1.84 per share, beating the consensus estimate. However, for the 28th time in the past 32 quarters, IBM reported a year-over-year drop in sales. Revenue declined 3.35% to $17.57 billion, missing Wall Street’s expectations.

IBM blamed the miss on “cash conservation” due to a “noticeable change in client priorities.” In short, IBM’s clients aren’t buying more software as they deal with more pressing needs.

If we’re being honest here, comments about cash conservation are probably the key takeaway from more than just the software sector. It’s the theme of this entire earnings season.

We’re only down 15% from the all-time high of Feb. 19…but it seems to me the world is more than 15% screwed up.
— Howard Marks, Oaktree Capital founder.

Today’s Quote of the Week comes from a CNBC interview with Howard Marks.

So, remember a couple of weeks ago, when we talked about the stock market not representing the U.S. economy? Yeah, about that…

With the rest of the financial media crowing on and on about the “remarkable recovery this” and “next bull market that,” this week’s return to volatility feels less like disaster and more like facing reality. (How much relief does it take to get to the chewy center of a relief rally? A 1% … a 2%…)

Here’s my point: Is the economy today only 15% weaker than it was back in February?

I don’t need to rattle off more jobs data and corporate uncertainty to you … it’s already everywhere you look. And the fact that we don’t see this economic strain reflected in the market just deepens the gorge between them.

Now, it might not seem so from today’s news, but I’m all for positivity and keeping optimistic — 100% promise! But being “inappropriately positive,” as Marks put it, only sets us up with ludicrous expectations that may be ripped away from you in an instant.

Stick with Great Stuff and Banyan Hill, and you won’t have to worry about having the rug pulled out from under you, the wool pulled over your eyes or the — you get the idea.

It’s that time again! We’re only two days away from this week’s edition of Reader Feedback. Have you fed the beast yet? What’s stopping you?!

Drop us a line at GreatStuffToday@BanyanHill.com. We love reading each and every one of your questions, comments, concerns, rants, raves, secrets, recipes, gossip — you name it.

Who knows? We might pick out your email to respond to this Thursday!