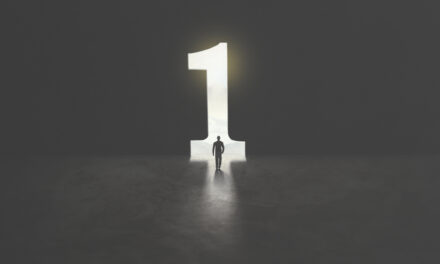 Investing doesn’t have to be hard.

That’s because Michael Carr has boiled down trading to its simplest form in his One Trade strategy.

We’ve received a ton of responses from happy One Trade subscribers, such as:

You might wonder what kind of strategy could produce such amazing results.

I have to admit, I was skeptical too. So, I took the time to ask Mike about his revolutionary system.

This Isn’t Your Grandpa’s Trading Strategy

Jay: Mike, thanks for taking the time to speak with me about One Trade.

Mike: The pleasure is mine, Jay.

Jay: You’ve been trading stocks all your life. I’d estimate you’ve traded hundreds, if not thousands of them over the last 30 years. But now, you’ve found a way to make the same trade, over and over, and it works even better. Why now? What changed?

Mike: Well, Jay, over the last five years, the market has completely changed.

We have high-frequency traders that can fill orders in a fraction of a second. Zero-cost commissions that let everyone trade free of charge. And endless liquidity that gives everyone the chance to benefit.

These three forces have come together to give us an opportunity I’ve waited my entire career for.

The chance to cut away the fat … remove all possible variables … and strip investing down to one simple, high-octane, repeatable trade you can make every week. And anyone can take advantage of it.

Jay: What you’re telling us is that this opportunity didn’t even exist five years ago.

Mike: It didn’t. The market’s current structure only recently made this possible. In five years, if the market changes again, it could all go away.

But right now, we have an opportunity to make a lot of money with a single trade. We have cut everything down to the bare essentials … and exposed the market’s most profitable inner layer.

The opportunity is so abundant, we can attack this inner layer of the market making the exact same trade every week.

We don’t have to get crazy and use any complicated strategies trading a whole bunch of different securities. One ticker symbol is all it takes.

You’ve described this as the perfect strategy for today’s environment. You’ve also called it your “magnum opus” … the culmination of your career.

You’ve spent your life trading hundreds, if not thousands, of stocks out of necessity.

Now you’re saying that the market has given us an opportunity to strip investing down to its bare essentials and make one simple trade every week.

Mike: Yes, but this isn’t your grandpa’s trading strategy. All the experts say buy and hold is the way to go.

But last year, we made better gains than the market has seen in 20 years. We did it all with a single trade.

It’s a unique trade you can make every week for the chance to capture gains of 10%, 50%, even 100% or more. Gains that we can often capture in one day, seven at most. Sometimes, they only take a few hours.

These are the type of profits that most investors wait years to make. And it’s because experienced investors know this isn’t supposed to be possible. So when it happens, they can’t believe their eyes.

Jay: This is incredible stuff, Mike. Thanks for sharing!

Check out what readers just like you have to say below…

These Subscribers Are Thrilled About One Trade

Here’s what they had to say when Mike closed out a 105% gain in just six days.

Some were able to make that … and then some!

Fred G., Bakersfield, California: “I am elated to tell you that I made $7,000 on this week’s trade, Mike. This was a close to 300% gain. This is the largest win I’ve ever had, and I’ve been trading for over seven years.”

Trevor P., Seattle, Washington: “I have been following many trade alerts from investing gurus online for a long time, but this is the largest return I’ve had in a year of my subscription. I made 252% in less than one week.”

Keith H., Northville, Michigan: “Michael, I made my first investment with you, and I made 425% in less than four days. You are the University of Wall Street’s leading professor. Thank you for sharing your ideas with us Average Joes.”

Chris R., Phoenix, Arizona: “Home run! I made a 163.1% return in about 24 hours, even after selling half the position for an 80% return to play it safe. This ‘one trade’ more than paid for my lifetime membership to your service.”

A Simple Strategy for Everyone

Congratulations to everyone who made life-changing profits!

And if you aren’t a One Trade subscriber yet, keep in mind that Mike designed his simple strategy to help anyone start working toward achieving their financial goals.

You can learn more about One Trade by watching his brand-new presentation. 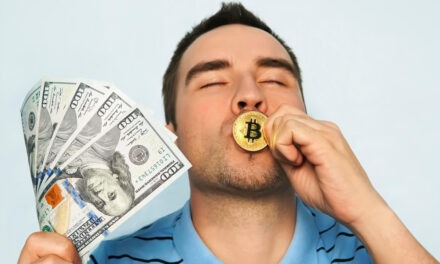 Cryptos Are Crushing the Stock Market by 15-to-1