Home » Investment Opportunities » Here’s Where to Look for 2018 Profits

Here’s Where to Look for 2018 Profits

If you’re looking for the best place to invest in 2018, one of your best bets is to put on your investment banker’s hat and bet on “M&As” — mergers and acquisitions.

The biggest of 2017 — the proposed Disney-Twenty-First Century Fox tie-up for $52 billion — is just the beginning.

Tax reform is one piece of the puzzle. It promises to free up billions in corporate cash held in overseas accounts, and lower the corporate tax rate to 21%.

The attitude of American consumers is another component. Consumer spending hit a one-month record not seen since 2009, when the U.S. economy was just emerging from the recession and financial crisis.

But the key element is what I’ll call corporate sentiment. In other words, CEOs and their boards go through their own cycles of optimism and pessimism, which affects how a company decides to put its excess cash to work.

2018: The Year of Mergers and Acquisitions

The change is evident in a recent Deloitte “M&A 2018” survey of 1,000 executives at large corporations and private equity firms.

In recent years, companies indicated they were most likely to pursue organic investments — growing a business in-house — as the most likely use of their cash reserves.

We’ve already seen a step-up in mergers and acquisitions as the year draws to a close. The analytics firm Dealogic pegged November as the second-largest month ever for M&A activity since it started keeping records in 1995.

What’s the best way to play this kind of trend?

You can bet on individual stocks. For instance, Bristol-Myers Squibb Co. (NYSE: BMY) and Biogen Inc. (Nasdaq: BIIB) are sometimes mentioned as potential buyout candidates in the pharma sector.

Among the hard-hit retail sector, Nordstrom Inc. (NYSE: JWN) — with its stock down 40% since 2015 — has been mentioned as a potential buyout target.

In the tech sector, Akamai Technologies Inc. (Nasdaq: AKAM) shares leapt 14% on Monday on rising prospects for a buyout.

But such investments are all-or-nothing bets. A better way is to invest through an exchange-traded fund (ETF), such as the IQ Merger Arbitrage ETF (NYSE: MNA). It’s up 5% this year, and up 24% in the last five years. 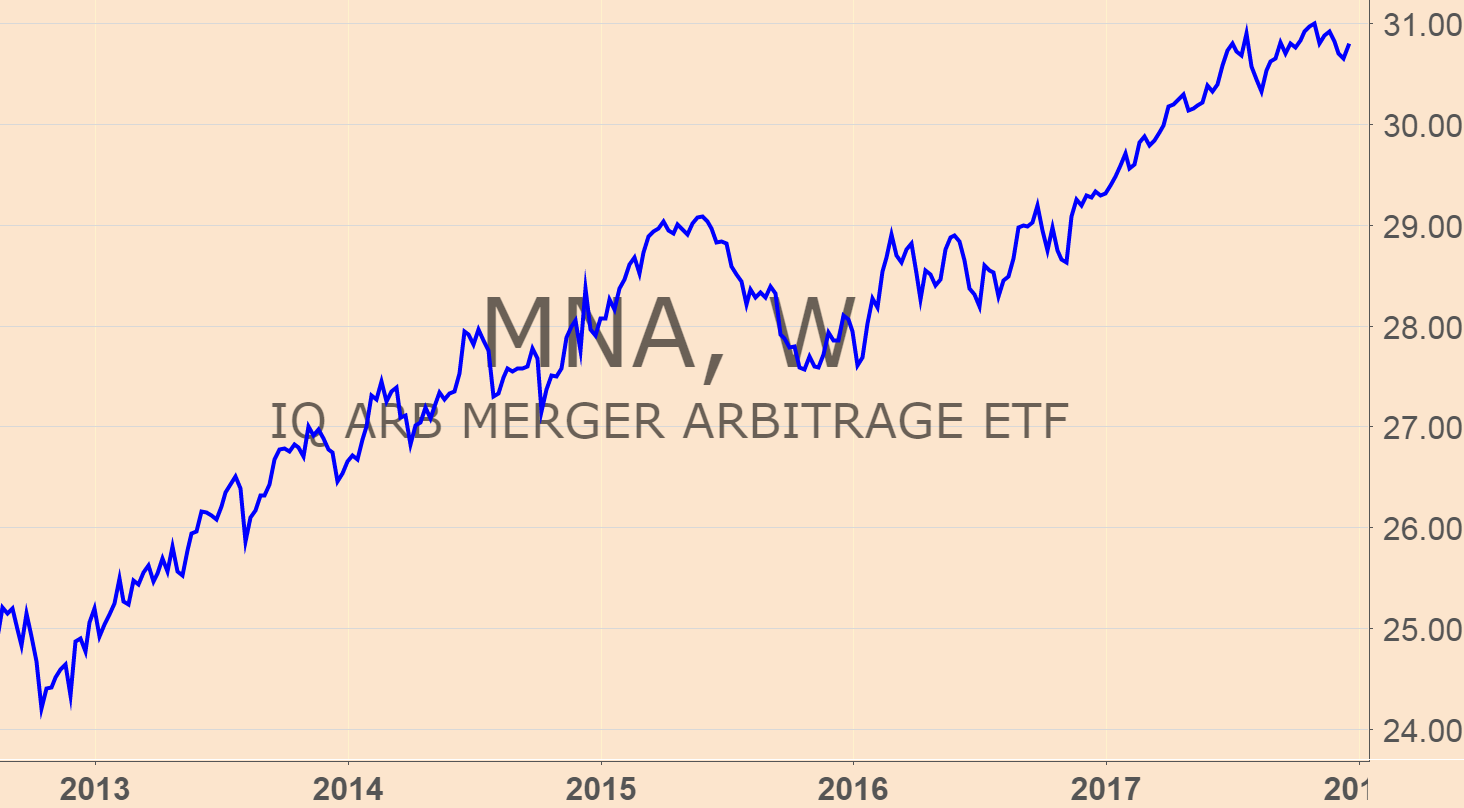 The ETF, developed by New York Life Investment Management LLC and managed by IndexIQ Advisors LLC, invests across a range of publicly announced mergers and acquisitions candidates. It’s a good, low-risk way to play the coming explosion of deals in 2018.

How to Beat Inflation With 2.0 Tech

The IoT Revolution Is Heating Up