Markets are predictable in some ways. Well, maybe markets aren’t predictable as much as the participants are. Traders and analysts tend to think alike. We’ve seen a lot of that this week.

The CBOE S&P 500 Volatility Index (VIX), aka the fear index, fell below 10 this week — its lowest level since February 2007. The response was predictable. Analysts are worried that investors aren’t worried. According to The Wall Street Journal, very low VIX levels could “indicate a level of complacency.” That means stocks could fall.

History says that’s wrong. We can see that in the chart below. 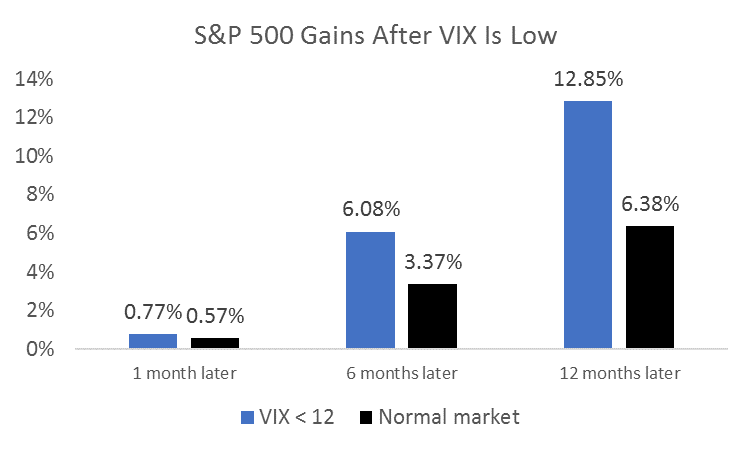 VIX data goes back to 1990. Since then, low VIX readings are almost always followed by market gains.

Since 1990, the VIX only dropped below 10 eight times. The market was higher a year later each time. But eight is a small number. To find more examples, I looked at market performance when the VIX fell below 12. This happened 99 times since 1990. The chart above confirms that low VIX readings are usually bullish.

That means we should enjoy continued gains in a relatively quiet market this summer.

P.S. A major deposit has been discovered that has over 22 million tons of recoverable reserves of gold, silver and a precious resource that’s known as a “magic” metal. And investing in the mining pioneer that has the rights to these reserves will position you perfectly to enjoy a ride on the greatest commodity boom the world has ever seen. Click here to learn why this mining company’s early investors could see gains of up to 3,000%. 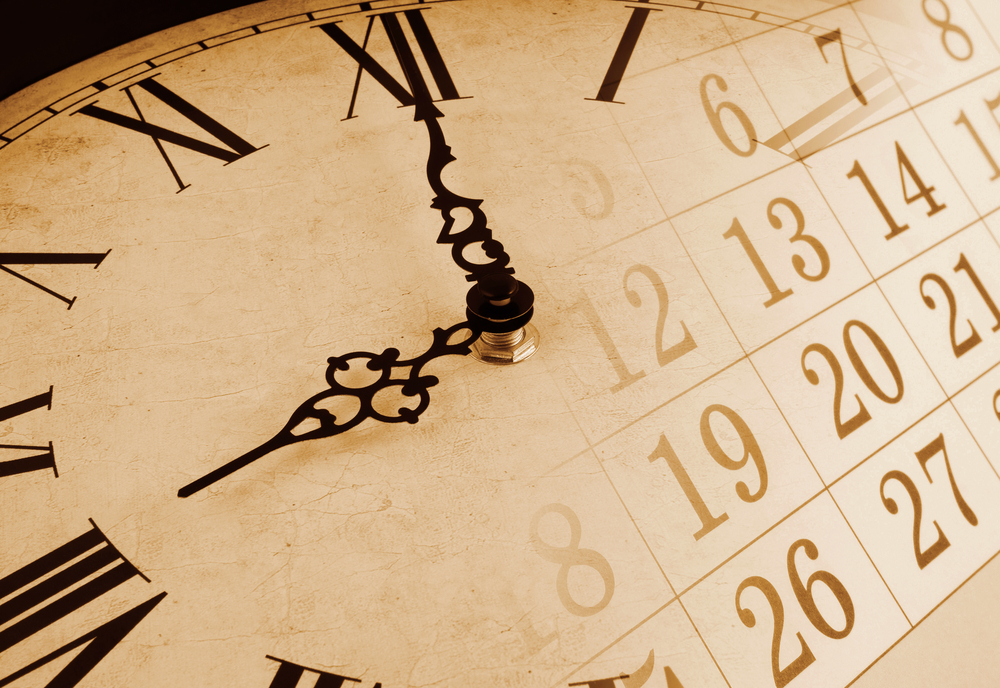 Small Caps Are Warning of a Pullback in the Stock Market