Inflation Could Bomb the Stock Market: How Traders Can Prepare 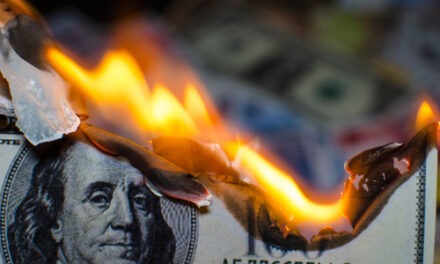 Inflation is at a 13-year high. This means government data confirms what consumers already know: Prices are rising, and they’re rising quickly.

In May, the Consumer Price Index (CPI) was up 5% compared to a year ago. This is more than double the Fed’s target of 2%. It’s the highest rate of inflation we’ve seen in 13 years. It’s also above the 50-year average of 3.9%.

Federal Reserve apologists have been out in force assuring us this inflation is temporary.

An Alliance Bernstein economist told CNBC: “The details of today’s print continue to support the idea that the spike in inflation is transitory, even if it is more intense than most forecasters (myself included) would originally have anticipated.”

The conjecture that inflation is “transitory” (the Fed’s preferred synonym for “temporary” because they like to hide behind cryptic language) ignores several important facts.

Inflation Is Here to Stay

Traders can’t afford to ignore facts because inflation is bearish for the stock market.

Facts prove inflation is likely to stay above 4% for some time. That’s because of the base effect and cost of living adjustments (COLA).

To understand the base effect, consider a short person and a person of more average height. The average person might look like a giant by comparison because, relatively speaking, he is.

They say the CPI is high because the economy was almost shut down last year.

So, when we compare this year to last year, the base year in the calculation, we should expect high inflation.

Makes sense, right? Price hikes were slower than they should have been last year, so it’s normal they’d be higher this year to balance things out.

But don’t worry, Fed officials say, because the base effect will fade in time.

It doesn’t matter what causes inflation in the summer months. Inflation at this time of year guarantees higher prices in the next year.

I’ll translate. What that means is that the COLA for next year is based on inflation readings for July, August and September of this year.

Assuming inflation is unchanged over the next three months (an unlikely scenario at best), the COLA adjustment will be … ta-da … 4.0%.

COLA serves as the basis of many pay raises. Unions negotiate for salaries that keep up with — you guessed it — inflation. With inflation rising, so will wages of union and government workers especially.

I also found that markets deliver returns averaging a loss of about 3% a year when the CPI is more than 1% above its five-year moving average as it is now.

Another fact the inflation doves are ignoring lies in the underlying calculation of the CPI. Housing costs account for 30% of the CPI. The Bureau of Labor Statistics uses a formula to calculate the owner’s equivalent rent (OER) to try to hold down the rate of inflation in housing.

OER is less volatile than home prices as the chart below shows. Home prices are red line, OER the blue line.

Home prices lead trends in OER by about a year. Home prices turned sharply higher last summer. OER is now tracking that trend. This will drive CPI higher through the summer. That will increase the COLA and the associated wage-price spiral even more.

Inflation is now on a trajectory the Fed will struggle to reverse. Fed officials will maintain their “nothing to see here” narrative for months, which will inflict even more damage on the economy.

Stocks can go higher for a short time. But the coming bear market will be devastating.

Now is a great time to consider adding insurance to your portfolio. Buy some long-term puts on the SPDR S&P 500 ETF (NYSE: SPY). In three months, these puts will almost certainly be more expensive.

You could sell then, or consider holding out for bigger gains. Put options could deliver triple-digit gains as the Fed pushes the economy into an inflationary spiral that they can’t control. 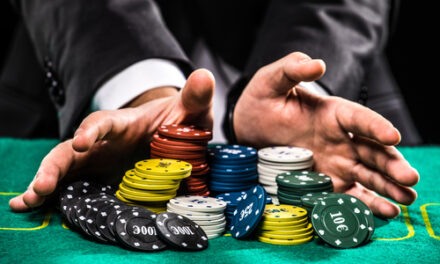 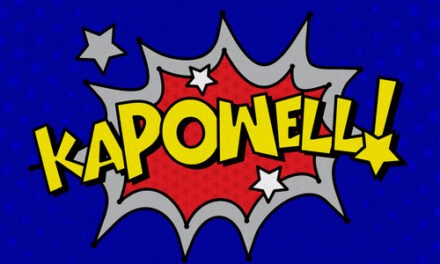 Investors Beware: Thursday’s Fed Day Will Be Volatile for the Market