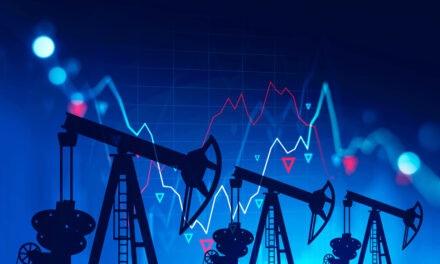 On Wednesday, the S&P 500 Index closed above its 200-day moving average for the first time since February.

The market is strong. We’re back in bull mode.

Tech and health care have led the stock market higher since its March bottom.

In addition to that strength, though, there’s been one consistent recent feature of the market: energy stocks are weak.

They logged the worst performance of any sector in five of the past seven quarters.

But as you can see in the chart below, energy stocks have helped the market so far this quarter:

Energy’s in the Lead With a 33.1% Gain This Quarter

That’s why it was such a surprise when I found a diversified, well-run energy company whose stock is still languishing near its March lows.

It won’t be for much longer.

In fact, this stock could jump 30% in as little as a month.

Wall Street Left This Stock Behind

World Fuel Services Corp. (NYSE: INT) is based in Miami. It provides fuel and related services to land-, air- and marine-based users.

Its stock price fell more than 50% from its recent high. It fell with the S&P 500 Index, but it hasn’t recovered with it:

INT Hasn’t Bounced Back Yet After Its Plunge in March

Investing in a World-Class Team at the Right Price

This is a well-run organization. World Fuel’s management team is solid.

Its chief operating officer is the former chief information officer of IBM. He was responsible for all of IBM’s systems.

IBM was a $150 billion company when he left. In its current beleaguered state, World Fuel’s market cap is about 1% of that. Yet we benefit from his breadth of experience.

The chief financial officer said the company entered the crisis with its strongest balance sheet ever. And World Fuel just announced its normal quarterly dividend on May 22.

Its market cap is about the same as the end of 2009. But earnings before interest, taxes, depreciation and amortization (EBITDA) and free cash flow were more than double back then.

Experience is the name of the game here. Chief Executive Officer Michael Kasbar entered the industry in 1985. He and his team know how to remain calm during this recent turn of events.

In the first-quarter conference call, Kasbar commented: “We’re very encouraged. And when you look at how the world deals with these [events], from 9/11 to ’08 … the world is getting better at dealing with these shocks.”

Management began its global response to the virus in January. In February, it began requiring self-quarantining  for certain employees.

It has been in constant contact with its customers, suppliers and partners. World Fuel is serving as a resource to its customers who are planning their post-quarantine needs.

That’s what the market is missing.

The world is coming back. Oil prices are higher. And activity is resuming.

The number of barrels of oil floating in tankers on global seas has tripled since the end of March.

We’re seeing more driving on the roads in many states in the U.S.

And as the country continues to reopen, we’ll see more activity on land, water and in the air.

World Fuel will benefit the most from an uptick in aviation. That sector has historically generated most of its profits.

No one expects the world to get back to normal overnight. But things are improving.

As we move toward fuller skies, World Fuel will benefit.

That’s why this stock could soar 30% in a month once people start paying attention again.

Until then, enjoy this gift the market has given you.

Energy has been a pariah. But it isn’t right now. 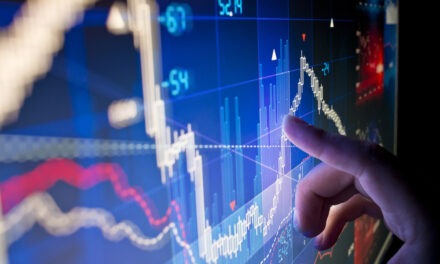 Get Smart or Lose Big in Today’s Market