It’s Been a Long and Disappointing Bull Market

Below is the history of the Dow Jones Industrial Average since 1900. Secular bull markets, meaning ones that last at least five years, are highlighted in blue. The chart shows that our current bull market is the third most powerful bull market in history, measured both in terms of its average annual gain and its length of time. 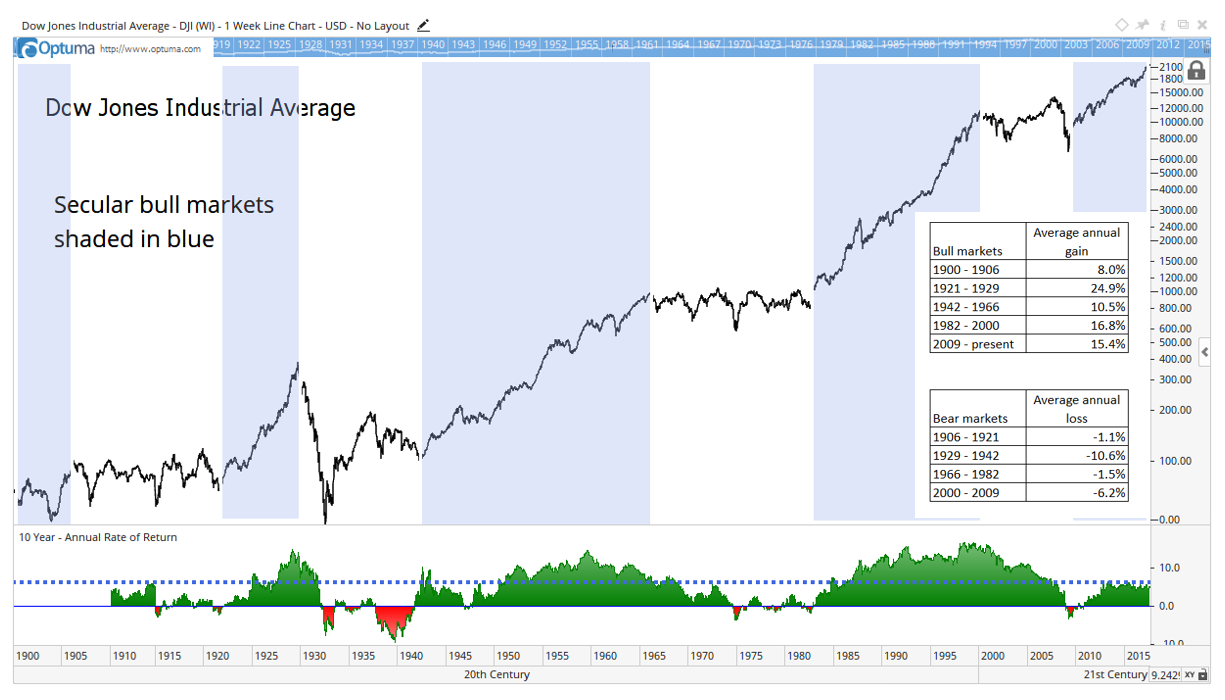 Based on the severity of the bear market that ended in 2009, many analysts expected bigger gains than what we’ve seen. Analysts tend to believe that markets loosely follow Newton’s laws of motion. Newton’s third law says: “When one body exerts a force on a second body, the second body simultaneously exerts a force equal in magnitude and opposite in direction on the first body.”

Applied to the markets, this means a bull market tends to be proportional to the bear market that came before it. Technical analysts often apply this principle to individual stocks when they analyze charts. Price moves identified with pattern analysis are expected to be symmetrical. A $10 trading range, for example, is expected to set up a price move of $10.

The steep losses of 2008 and 2009 should have been followed by large gains. But that didn’t happen.

Fortunately, the bull market isn’t over yet. It’s possible stock prices will jump with a final surge to end the bull market. That could boost the average annual return to what it should have been, even as it sets up the next bear market.

The Semiconductor Surge Could Be Coming to an End