Is This Copper’s Hidden Booster Rocket?

Our natural resources expert, Matt Badiali, has been spot-on in his recent bullishness on copper. In the past few years, the supply of this important metal has moved from oversupply to shortage.

And to thank for that, we have a revival in emerging market economies, along with a buoyant U.S. housing industry and…

Don’t laugh. Here’s the thing: By their very nature, electric vehicles need a lot of copper.

The estimates vary depending on who’s doing the talking. The founder of Ivanhoe Mines asserted at a copper conference last year that an average electric vehicle contains around 140 pounds’ worth of copper — four times what an average car might use. And even a hybrid vehicle, like a Toyota Prius, with 64 pounds of onboard copper, uses 50% more than a typical fossil-fuel vehicle.

Setting all that aside, even a gas-powered vehicle, with all of its onboard digital systems, sensors and small electric motors (for automatic windows and all the rest) requires roughly more than 1,500 individual copper wires (up to a mile in length if you spliced them all together). Compare that to 1948, when a family sedan needed just 55 wires, which might add up to 150 linear feet all spliced together.

Perhaps it’s no surprise that copper has soared nearly 30% in value, to a recent $2.90 a pound, as traders start to price in this new source of demand on the finite capacity of mining companies to haul the stuff out of known copper deposits around the world. 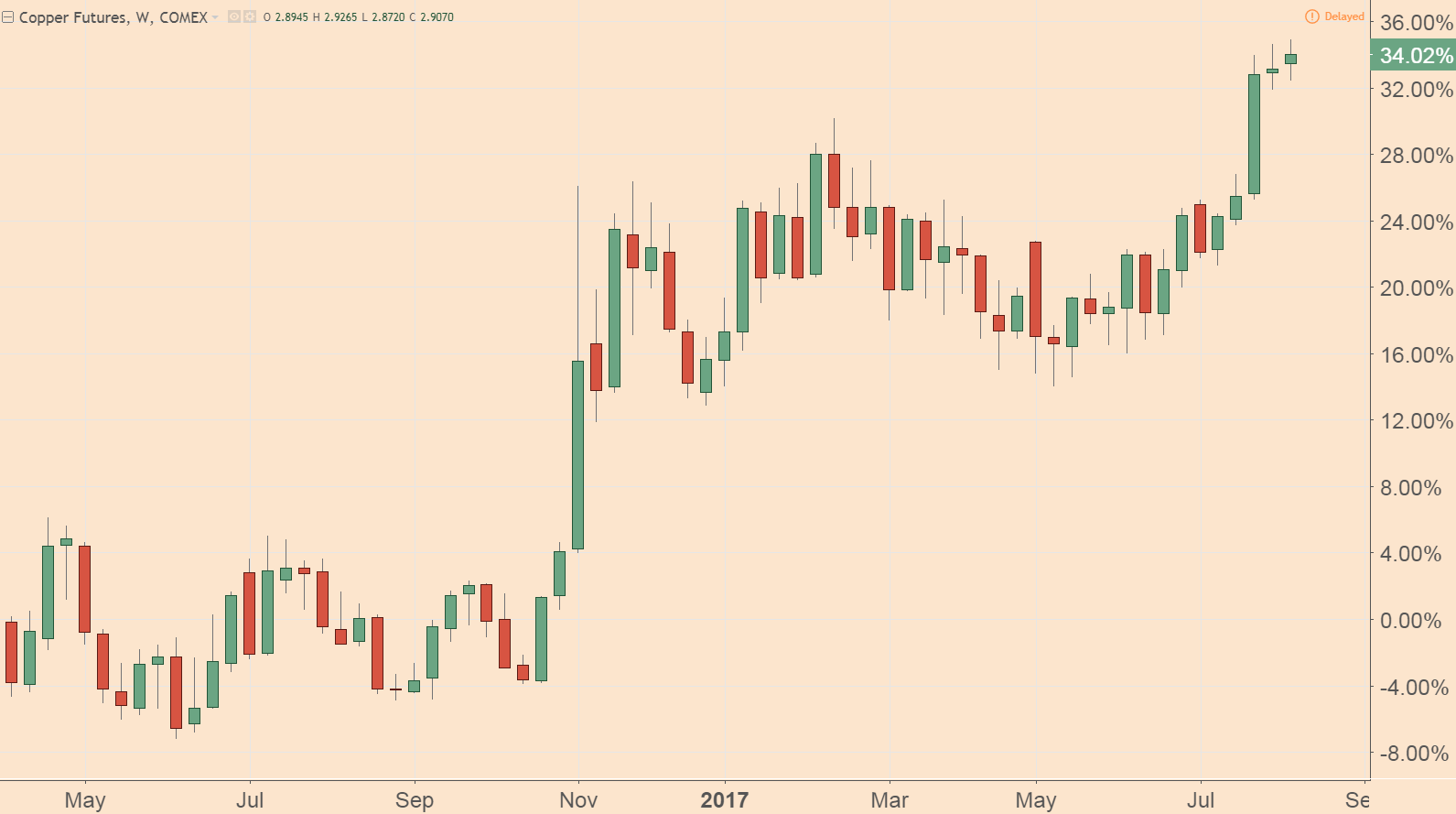 According to a report commissioned by the International Copper Association, the increasing electrification of global auto fleets — from 3 million today to a projected 27 million vehicles in 2027 — would mean that copper miners will need to somehow find a way to keep up with sharply rising demand.

That’s a lot of copper, and it points to a compelling opportunity to own select mining companies, such as those Matt has recommended to his subscribers.

Editor’s Note: One man harnessed a little-known tool, used by Wall Street’s largest firms, to net himself a $1 million cash payout within minutes … and he never bought a single stock or option. To find out how this mysterious trader made $1 million in one day, click here.

This Unloved Metal Is Starting to Climb in Price