Beware the Cult of the Bull Market 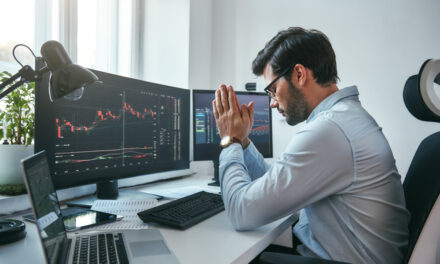 Analysts used to disagree about the future direction of the market based on their interpretation of fundamental and technical data. We quibbled, but we were rooted in reality.

Nowadays, everything seems to be based on pure faith.

If you’re cautious and skeptical, as I tend to be, then you don’t believe in the coming V-shaped recovery. Your demand for proof marks you as a doubting Thomas.

What’s more, in this quasi-religious environment, being negative when you should be positive is about more than stock prices … it’s borderline unpatriotic.

But these debates distract you from the facts.

It’s a place where we look for solid opportunities in the most difficult trading environment of our lifetimes.

Today, I’m going to consider some of the religious bulls’ arguments.

As you’ll see, my conclusions are not shocking because they’re based on plain facts … and that’s the most shocking thing of all.

The bulls rely on three articles of faith.

No. 1: The COVID-19 crisis is over, and everything is rocketing back to normal.

No. 2: From its heavenly perch, the Federal Reserve intervenes directly in mortal affairs to ensure that stocks only go up.

No. 3: If stocks appear overvalued, it’s only because earnings haven’t returned to normal. But they will eventually. Faithful investors are buying those future earnings now.

Let’s consider each in turn.

COVID-19 is still spreading rapidly. The largest one-day jump in new global cases happened over this past weekend, led by Brazil and followed by the U.S., as infections are spiking in states that reopened early.

Politicians know they can’t put the lockdown genie back in the bottle. But that’s beside the point. What matters is individual consumer behavior. And on that score, we’re still in crisis.

Restaurant bookings are 60% below their pre-COVID-19 levels, even in lockdown-free states. The discretionary retail sector is collapsing. Hotels, sports and public entertainments aren’t much better. And the airline industry only exists because of federal bailouts, which will eventually run out.

Remember, every dollar not spent is a subtraction from future economic activity — not just for restaurants or airports, but for their suppliers, and their suppliers and so on. The knock-on effects of “voluntary lockdowns” will continue to drain gross domestic product (GDP) for many quarters to come.

Finally, Japan’s experience after the collapse of its property bubble in the 1980s shows that businesses and households increase their savings rate to guard against future crises. That also acts as a drain on spending, and therefore GDP.

The Federal Reserve has definitely boosted stock prices this year.

By backstopping corporate debt, the Fed has caused junk bond yields to fall. Debt issuance rose, preventing bankruptcies for now. Fed Treasury purchases have flooded banks with liquidity, allowing them to lend to troubled companies as well as leveraged investors.

Actually, the Fed has disbursed little cash into debt markets. Simply announcing that it was prepared to do so was enough to convince investors to spend their own money on corporate debt, so the Fed didn’t have to.

But there are reasons to doubt that the Fed can continue to perform this financial Wedding at Cana miracle indefinitely.

First, as bankruptcies cascade throughout the economy, the Fed will have to put freshly-printed money where its mouth is, and start buying corporate debt directly.

But that would violate The Federal Reserve Act of 1913, which restricts it to government debt. Eventually, someone will take this all the way to the Supreme Court. That will make markets extremely nervous.

Second, as the Fed’s balance sheet grows from bailouts to the corporate sector, so too will pressure to extend the largesse to Main Street.

At that point, we can expect the political class to balk. It’s fine to bend the rules to bail out companies that donate money to politicians … but forget about ordinary citizens.

Third, Senate Republicans have discouraged talk of a second round of stimulus payments and extended unemployment benefits when they expire next month. The White House can’t make up its mind. One day it says a rebound in jobs proves we don’t need stimulus. The next day, it says more money is on its way. And with an election coming, the Democrats have an incentive to delay stimulus to hurt the president’s reelection chances.

That means the one thing that helped sustain Main Street may be about to disappear.

This is the most illogical aspect of the bulls’ Holy Trinity.

By every measure, U.S. stocks are highly overvalued. Near-term price-earnings (P/E) ratios are at 99% of their previous highs. Those highs were set during the dot-com bubble. The same goes for enterprise value-to-sales.

The bulls justify this by saying earnings will bounce back. Investors are smart to anticipate that, the argument goes.

But the most common timeframe they use is 24 months.

So let’s say current valuations are justified based on earnings levels two years from now. What happens to stocks between now and then?

They can’t go up much more without reaching irrational P/E ratios, even based on a 24-month time frame. The only way they could keep going up sustainably is if future earnings are expected to increase — which is completely unknowable now — or if we lengthen the time frame.

That means the overall level of the stock market can’t rise any further unless investors are prepared to make decisions based purely on faith.

Call it sentiment if you will. As I’ve said before, a sentiment-driven market is inherently volatile. All it takes is a few bad data points or negative headlines to bring about a sharp correction.

And there’s no shortage of either these days.

Invest With Your Head

Those are significant headwinds. You can only ignore them if your investment decisions are based on faith.

At The Bauman Letter, and in my Alpha Stock Alert, we invest with our heads.

That’s how we’ve achieved gains of 25% to 30% on positions we added a little more than two weeks ago. It’s how we scored a gain of over 100% on a position we bought at the beginning of the crisis. It’s how we locked in a dividend yield of over 10% on a discounted opportunity just last week.

So, if you’re like me and you prefer to focus faith on church rather than the markets, I encourage you to consider subscribing to The Bauman Letter today. To find out how to join, please go here. 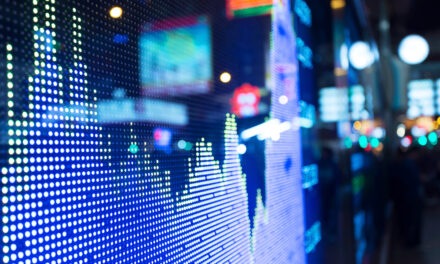