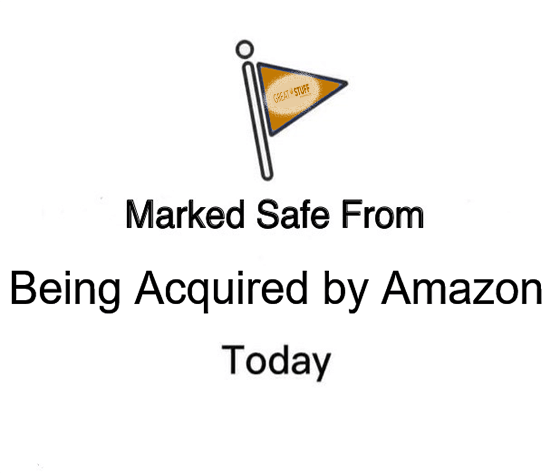 Great Ones, there was quite a buzz this morning surrounding video game publisher Electronic Arts (Nasdaq: EA) … a buzz that sent EA stock soaring more than 15% in premarket trading.

According to a Swedish gaming website, Amazon.com (Nasdaq: AMZN) is making an announcement today that it is buying EA. Naturally, it cited “people familiar with the matter” as its source.

Why would anyone want to buy EA?

OK, but why would Amazon want to buy EA?

You might not know about it, but Amazon runs a cloud gaming service called Luna, which launched back in October 2020. The service is free with a Prime membership or $9.99 per month for an all-access Luna+ pass.

What? You haven’t heard of Luna? Well … now you know why Amazon would be interested in buying EA.

You see, Luna isn’t doing all that hot right now. It’s doing better than Google’s Stadia cloud gaming service, which launched in November 2019 and closed in February 2021. Even people locked in their houses during the pandemic wouldn’t play Stadia, if that tells you how bad the service was.

Luna isn’t quite Stadia bad, but the service is obviously struggling and in need of an infusion. EA’s catalog of AAA video game franchises would go a long way to bolster Amazon’s offerings. I mean, Microsoft (Nasdaq: MSFT) bought video game giant Activision Blizzard (Nasdaq: ATVI) for the exact same reason back in January.

That sounds like an amazing deal for Amazon. Brilliant move! I wonder if the deal will make it past regulator scrutiny…

That was my first thought: regulator scrutiny. This deal will never go through.

And it won’t, but not because of regulator scrutiny.

Just ahead of the market open, CNBC’s David Farber said: “I have talked to some people who would actually know if there was something going on, and they say there’s nothing going on.”

Personally, I think this rumor is dead. Not because I trust Farber’s “people” any more than I trust the Swedish sources, but because this would be a regulatory nightmare for Amazon … and the company certainly already has its fair share of antitrust litigation to deal with. 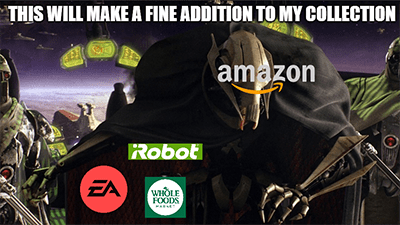 But the big story here is EA itself. The gamemaker has already approached Apple, Disney and even Comcast-Universal about buying the company. That last one sounds really, really odd. But it was confirmed by Farber himself, so…

It makes me wonder just how desperate EA is to be acquired. I mean, it’s what, just walking around Wall Street all fancy in its red dress asking other companies to buy it?

♫ EA … you don’t have to put on the red light. Walk Wall Street for money. You don’t care if it’s wrong or if it is right. EEEEAAAA! ♫

Yeah, even Sting is looking at EA with concern at this point.

The other weird thing is that EA appears to be doing just fine as a company. Revenue is still chugging along, even after the pandemic boost dissipated. It has a strong catalogue of franchises that sell well with every iteration — much to my chagrin. And it has all those microtransactions raking in cash between AAA-title releases.

So I have no idea why EA is always a bridesmaid, but never a bride … and that worries me. And if you are an EA investor, that should worry you too.

But maybe I’m looking at this wrong. Maybe the reason no one wants to buy EA is that you can’t just buy EA.

I mean, you pay something like $35 billion for the company, which seems like a steal. But what if then you realize you need to pay an additional $5 billion per franchise? And another $8 billion if you want EA’s online store too. Maybe $2 billion for all the info on EA subscribers?

I wouldn’t put it past EA, that’s for sure. Keep on searching, EA. One day your prince will come.

It’s not oil, gas, wind, solar, hydro, nuclear, fusion … or anything you’ve likely heard about before… It’s much bigger.

In fact, just one year of this untapped resource in the U.S. alone provides 5X as much power as the largest oil field on Earth.

And now for something completely different … it’s time for Friday Four Play!

Alright, EA, you can keep your rumor mill mysteries to yourself … but one thing that Amazon is actually doing? Teaming up with — you guessed it — Plug Power (Nasdaq: PLUG).

It’s not much of a guess when you give away the answer, genius…

Like I was saying before I was so rudely interrupted, Amazon signed a deal for Plug to supply 10,950 tons of green hydrogen per year … starting in 2025. And remember … that’s green hydrogen, baby!

Plus, Plug granted Amazon warrants to buy “up to 16 million shares at an exercise price of $22.9841 for the first 9 million shares.”

Plug Power has already had some hydrogen fuel cells in “a handful of [Amazon’s] warehouses” since 2017, but after this deal goes live? My, oh my … that’s enough green hydrogen to power 30,000 forklifts or 800 long-haul trucks.

Now, I know what you’re thinking: “But wait a minute, Great Stuff, I thought all hydrogen was ‘green?’”

And here’s what I’m thinking: Have you never heard the efficiency of the fuel cell boom? Or asked Plug Power why it’s green? Can you make hydrogen without natural gas? Can you paint with all the colors of hydrogen?

Cool it, Pocahontas, and get to the point.

My hydrogen, she comes in colors … and green is the best of them all. It means the hydrogen isn’t coming from natural gas or methane. It’s simple electrolysis. And even Amazon, for all its other … criticisms, let’s say … is placing its bets on hydrogen power.

The best kind of “unsubstantiated,” if you ask me!

As if short sellers weren’t already losing their shirts recently, Nio (NYSE: NIO) got the rare opportunity to fire back and spit in its short sellers’ faces.

Remember back when Nio stock was getting mauled by the Grizzly Research bears? Where the shorts claimed that Nio’s battery swap program inflated the company’s earnings? Nio stock sold off as we all awaited the inevitable age of … ugh … independently verifiable auditing accounting.

Well, the results are in. According to Nio’s statement:

Based on findings of the Internal Review, the Independent Committee has concluded that these allegations were not substantiated.

An EV short seller caught fibbing? Why, I never…

Of course, while this is good for Nio now, nothing’s stopping the next short seller from putting another EV stock in its sights. Nio rose 3% on the news and actually stayed in the green amid today’s sell-off.

No. 3: Don’t Wanna Be An American NVidiot

Nvidia’s long-awaited report was actually better than the disaster that analysts had expected — of course, it helped that Nvidia tempered everyone’s expectations ages ago.

Earnings beat by a penny per share, while the company’s $6.7 billion in revenue was about in line with Nvidia’s already-low estimates. The problem here is this quarter’s revenue guidance, and Nvidia is dropping expectations even lower.

Plus, we all know it’s crypto mining that’s killing Nvidia right now, not its gaming business.

As such, Nvidia’s conservative current-quarter guidance came in $1 billion lower than the Street’s hopes for $6.9 billion.

That’s gotta be, what, about four new graphics cards?

I know, it’s unlikely, but a guy can dream. Especially when you get so little signal for so much green. I mean, dropped calls from your mom while you’re sitting on the couch at home? C’mon, T-Mobile…

We might not have to wait until 3030 to get good signal on T-Mobile’s (Nasdaq: TMUS) newly combined “why couldn’t I just stick with Sprint?” network. Never fear: SpaceX is on the case.

SpaceX and T-Mobile are teaming up to “end mobile dead zones.” Now, where have I heard that one before? Like, every single telecom ad? Ever?

SpaceX & T-Mobile? Now you know you got trouble.

But this time it’s different, you see. They’re using satellites … and not just any satellites … SpaceX satellites, set to start sometime in 2023. With the name comes hype, if nothing else. So TMUS stock saw the glimmer of a hopeful rally today before reality came crashing down on the market.

Just like every other project that’s Musk-adjacent, I’m not holding my breath until I actually see the bars on my phone, but that’s just me.

You can claim all you want that these specific satellites will reach rural spots that regular cellular won’t hit, but T-Mobile subscribers will be the ultimate judge of that network availability. And who complains more than somebody going in and out of a dead zone?

You won’t hear from them, but they’ll be mega pissed.

Before We Ride Off Into The Sunset…

Singing merrily and dreaming of future gains, trades and memes to be had…

I just gotta check: You did see our interview with Adam O’Dell yesterday, right? Where we learned all about his sentiment-sleuthing, momentum-moving Max Profit Alert? No? Good, because I was jonesing for a refresher anyway.

On August 30, Adam will be sharing his unique, proprietary system for finding multiple double- and triple-digit winners in 90 days on average.

He’ll show you how he turns crises and volatility into maximum profit opportunities.

Click here to make sure you don’t miss out.

And that’s a wrap, Great Ones! Let know what you think of today’s insanity and write to us at GreatStuffToday@BanyanHill.com. 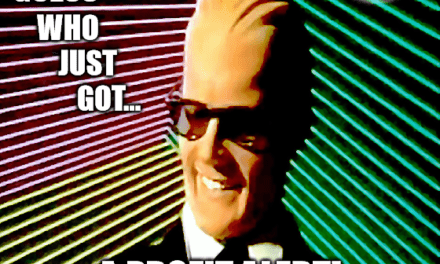