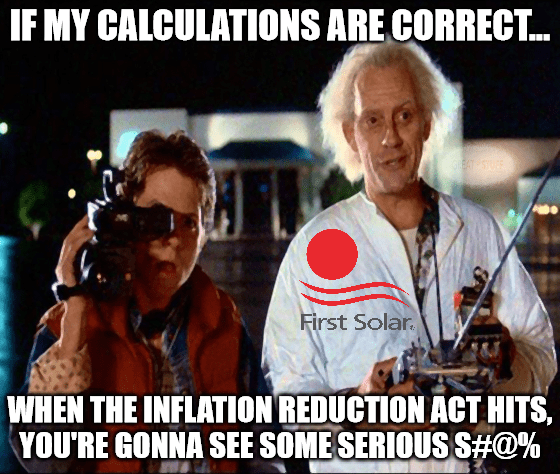 And I just can’t wait till the day when I can cut the power cord.

Now every time I look at First Solar (Nasdaq: FSLR), gotta hold myself down.

‘Cause I just can’t wait till the sun shines — coal’s going down.

Are you really walking on sunshine, Mr. Great Stuff?

It’s out of character for me to be bullish on something lately, but this is pretty big news for the solar power industry.

And while any expansion in solar power production is good — we gotta stop cooking ourselves sooner or later, right? — I’m left wondering: “Why can’t we make that stuff here stateside?”

Well, we can. And we definitely will, now that the Inflation Reduction Act (IRA) was signed into law by the Biden administration.

Now, we can argue till we’re blue in the face over whether the IRA is good or bad, inflationary or not … but arguing doesn’t make us any money, does it?

What does make us money is a move like the one First Solar just made.

That’s right. Because of the IRA, First Solar is now spending $1 billion on a new plant in the U.S. … and not in India. That brings First Solar up to four manufacturing plants in the U.S.

But wait! There’s more… The company announced plans to invest $185 million to upgrade its manufacturing plants in northern Ohio.

According to First Solar, the new plant will boost the company’s production capacity to more than 10 gigawatts of solar panels by 2025. And First Solar needs the additional capacity, as the company noted it had a bookings backlog of 44.3 gigawatts during its last quarterly earnings call. 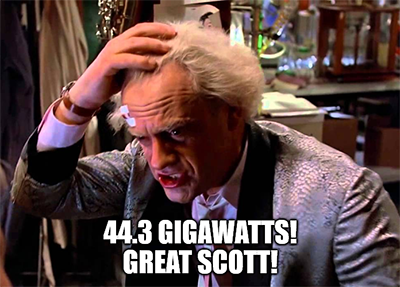 Anywho, FLSR jumped more than 4% on the news … even in this volatile negative-Nancy market. That’s impressive.

So you’re probably wondering: “Is now the time to buy FSLR?”

Well, we have the newly passed IRA that will drive major gains for First Solar and the rest of the alternative-energy market. We have First Solar posting strong growth and solid earnings, all while increasing its presence in the U.S.

All of these are good things and great reasons to invest in FSLR. There’s just one tiny little hitch in the stock’s giddyap: price resistance.

I know I don’t get technical and down and dirty all that often, but FSLR is heading toward a price point that could offer some trouble.

If FSLR has enough buying support to push it north of $130 and hold there, then I would consider the shares a strong buy. It would prove to me that the stock has enough staying power and support to weather the broader market storm. (You see, this is more about broader market confidence than it is about FLSR.)

And that’s it. Bob’s your uncle. If you already own FLSR, hold that puppy for more gains down the road.

If you don’t own FSLR, wait for a breakout above $130 for a bullish trend confirmation … or wait for a market correction to drive the stock into bargain territory.

Of course, that all depends on your risk tolerance and investing strategy. If you’re a long-term buy-and-hold trader, buying FSLR here amid short-term volatility shouldn’t bother you too much. But then, if you’re that kind of investor, you probably already own FSLR.

Whether you own FSLR or not … you owe it to yourself to check this out too:

This resource isn’t oil, gas, wind, solar, hydro, nuclear, fusion … or anything you’ve likely heard about before… It’s much bigger.

Adam O’Dell just recorded a free video where you can get the whole story, as well as the details of the company that’s central to this breakthrough. 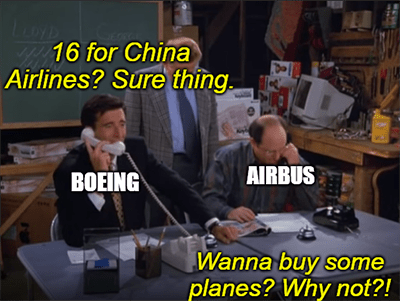 Dude, so many numbers.

Then there’s Taiwan’s China Airlines, which ordered 16 Boeing 787-9s, with the option to either buy eight more planes or upgrade the order to higher-capacity Dreamliners later on. Kinda like a Boeing “Supersize It” deal. I wonder if it comes with fries? Hmm…

Deliveries for China Airlines will also start in 2025.

Overall though? The orders are a pleasant surprise … but they’re also not much of a surprise, you feel me? Airlines and freighters worldwide need to update their aging fleets or add on to their existing fleets to meet rising demand.

For that, you’re going to buy from Boeing or Airbus … and that’s pretty much it. What, you’re gonna build a 767 in your garage? I want to see that.

In true Boeing fashion, however, the stock sank with the rest of the market despite the good news.

Maybe the gains will also be delivered in 2025. 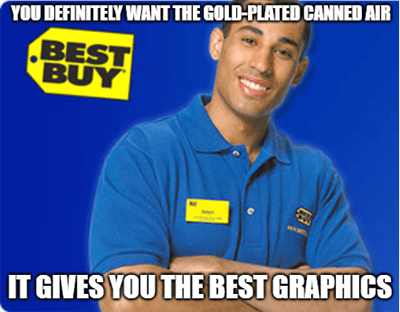 Sweet, I love BBBY. Been seeing it everywhere lately.

No, no, not BBBY — we’re talking BBY, baby. No meme stock shenanigans here. Unlike Bed Bath & Beyond (Nasdaq: BBBY), Best Buy actually had customers in store and — get this — buy stuff. At least, judging by the retailer’s latest report.

A retailer doing well right now? Why, I never.

Even same-store sales fell less than analysts expected — those same analysts that seemed so out of touch with Target, Walmart and the like. Did analysts just lowball Best Buy this past quarter, or did the company actually “git gud” with sales? Why not both?

Best Buy reiterated its full-year guidance, spitting in the face of every other retailer pulling their previous predictions. As such, BBY stock was able to keep its 2% rally in the face of today’s market sell-off. 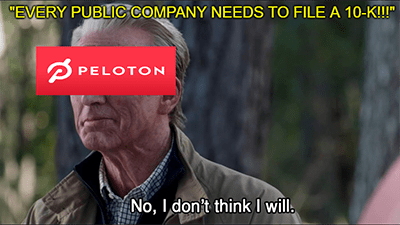 What’s worse than a debt-strapped company raising product prices amid lower demand … closing up its showrooms … and cutting hundreds from its workforce?

Delaying its annual report because of accounting problems, that’s what.

If you were waiting for the sweet schadenfreude of watching Peloton’s dumpster fire results unfold, you’re going to have to wait. The company announced that it’s delaying its annual report because of accounting problems related to … well … you read the corporate jargon and tell me what you think:

[Peloton] requires additional time to permit completion of the accounting and disclosures including management’s assessment of the effectiveness of internal controls over financial reporting as it relates to its accounts and disclosures related to these strategic business developments.

Hmm, yes, I know some of these words. Let me translate a bit…

Basically, Peloton has made so many changes during its restructuring efforts that those changes are making it hard for the company to get a firm handle on its accounting. This could be good for investors, or it could be bad…

Considering the only real strategic business development for Peloton recently has been teaming up with Amazon to sell its products on the site … I’m not holding my breath that annual results will be all that different from what we’ve seen from the company before.

And trust me, PTON investors have been assessing management’s effectiveness for a long time now … so to speak.

Now, this Amazon partnership is Peloton’s last good chance at a turnaround, which also makes me think: Why didn’t Peloton just sell its junk on Amazon to begin with? Maybe somebody thought it was too cool for the Bezos crew?

All I’m saying is the company might not be as backed into the corner as it is now had it … you know … actually gotten its products out in front of customers who wanted them when they wanted them, supply chain be damned. 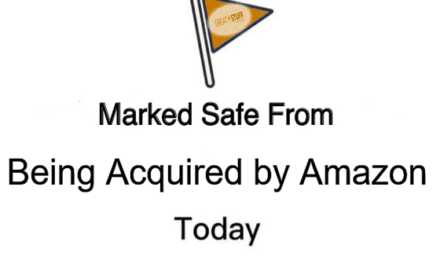 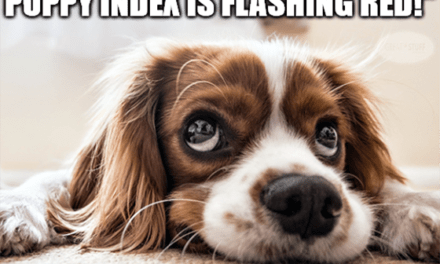