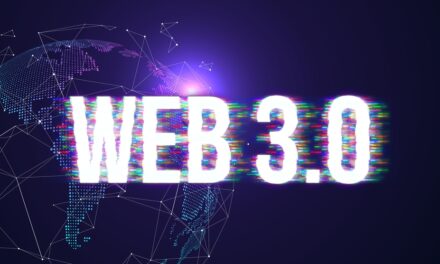 We talk about a lot of huge tech themes in Winning Investor Daily.

But I think the biggest one is the reinvention of the internet as we know it.

Some people are calling it “Web 3.0.” And it will be the greatest retooling of the internet since the rise of social media.

In today’s video, I explain what Web 3.0 is and why it’s so exciting.

In today’s update, I want to talk about what I think is going to be the central narrative to all of tech investing in 2022 and also for the rest of this decade.

Now, there’s a lot of huge themes that we’ve talked about. But I think the biggest one going to happen is the reinvention of the internet as we know it.

You’ll start seeing articles talking about this idea of Web3. Some will say Web 3.0, others will say Web3. And basically, it’s going to be the biggest retooling of the internet since the one prior, which is Web2, which gave us social media companies like Facebook and Google and Twitter.

What Is Disruptive Innovation?

I want to discuss more about what Web3 is specifically. But before I do that, I want to first talk about disruptive innovation and why it’s important, and what we’ve seen in history in previous experiences that will show us what this type of disruption is going to look like.

There’s a famous technology writer and Harvard professor named Clayton Christensen. He’s deceased. He wrote a famous book about AI disruption. And in it, he talks about how with most disruptive technologies, not all of them are disruptive in one specific dimension.

So, let’s think about what that means when you had the dawn of, let’s say, personal computers. They were slower than mainframes. They had much less storage network storage capacity, and they did everything worse than mainframes.

But they did one thing better: They were cheap, and they were small.

So, within a decade, in the 1990s, everyone eventually had a PC. And they also at some point became fast enough as the mainframes at that time.

You can make the same argument for smartphones. When smartphones first came out in the 2000s, they were clunky. They were slower than PCs. No one wanted to put them in their pockets because they were so large compared to the small flip phones of the day.

But they did one thing better than all the other mobile phones of that era: They allowed you to send emails and use the web. And then that innovation started building upon itself. And nowadays, you know, everyone has either an Apple or an Android smartphone.

And you can make the same case for blockchain today.

The way blockchain stores data, it’s expensive. You can’t store unlimited amounts of data. Transaction speeds are slow. But blockchains do one thing better in that there’s no gatekeeper for you to write to a blockchain or obtain information, and that’s different from the way the traditional internet and databases are set up.

What is the difference between Web2 and Web3?

This is the key difference between Web2 and Web3. Web2 is the internet that’s governed by basically tech oligopolies. I mean, think about Facebook. If you want to post something on Facebook, you have to abide by its standards. If you want to read something on Facebook, it shows you what it thinks you should see. It’s all curated by its algorithms.

Same thing with Google. Google is a huge database that keeps track of your search history, other people’s search histories, and shows you information by its algorithms that it thinks you’re looking for.

Nowadays, banks like PayPal and Square are just databases they keep track of who owns what. And this is why the blockchain is going to unleash this new Web3, because with a blockchain you can store information, and we can all agree that information is valid. But there’s no gatekeeper sitting there that’s allowing you to do that, regulating what you do.

This all started basically with the bitcoin whitepaper. It created a database, a record of who owns what. That isn’t governed by one bank or one person in particular. It’s governed by a network of miners that validate transactions, and this is the huge implication for Web3. It allows people who create digital value to transact and issue that digital value with other people who are online without the need for a middleman.

Why I’m Excited about Web3?

So, that’s why Web3 is going to be just massively disruptive in the next decade. Anything that you can obtain digitally, whether it be music or videos or pictures or, you know, NFTs can now be transacted without a middleman. And this is why Web3 is picking up so much steam.

You’ll see in the chart below that in 2021, you had $30 billion of venture capital investments go into these blockchain companies. That was a new record. 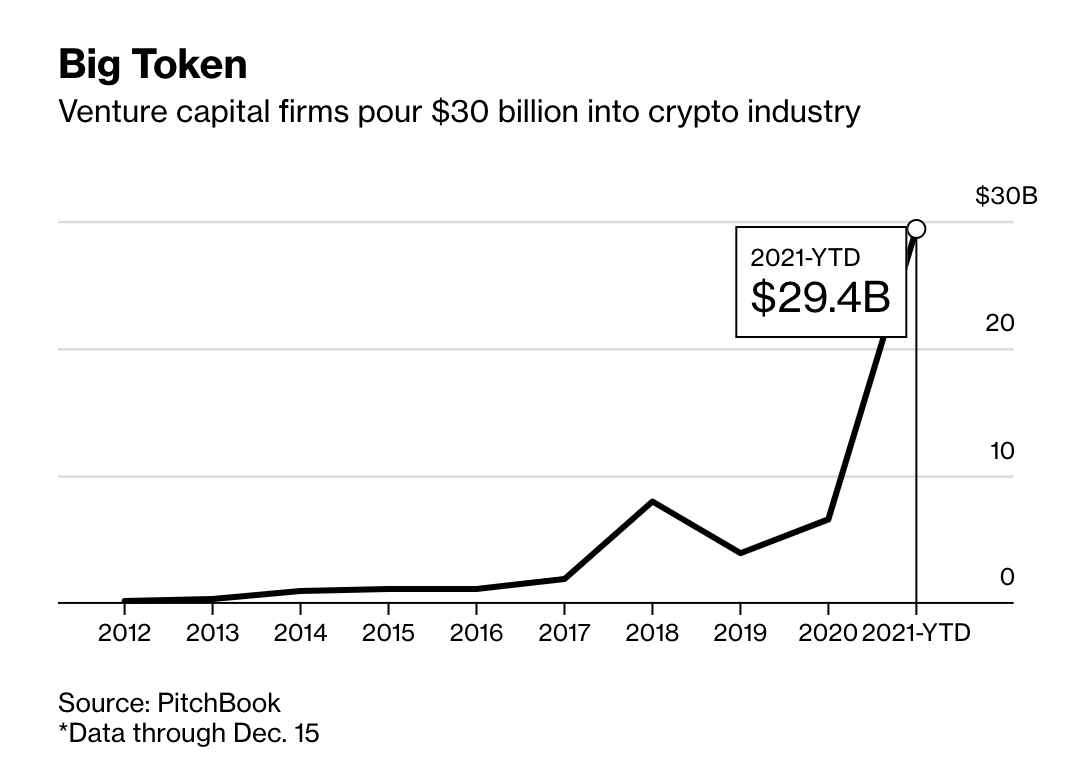 You’re seeing anecdotal news stories of very smart engineers from Facebook and Google and other Web2 companies jumping ship into Web3. And I always look for whenever there’s capital and smart people going to one sector, that’s where the innovation is going to happen.

And obviously, we’ve had an incredible year in the sort of building blocks that will create Web3. And by that, I mean Ethereum, which now at its recent price, about $3,800, is up about 8X in 2021.

Solana, which also creates building blocks for Web3, is up something like 10,000% in 2021. Luna, Avalanche, Blockstack, all these other Layer 1 solutions that allow you to create these type of Web3 protocols have seen tremendous years in 2021. And now we’re starting to see people using these building blocks to build new applications.

And so that’s why Web3 is so exciting. But, you know, like I said, disruptive innovation starts with one dimension first. And the dimension here is that the blockchain is permissionless.

You can write information to a blockchain database without needing someone’s permission. It’s slow. It doesn’t store a lot of information. Currently, the transaction costs are expensive, which is highly prohibitive in some situations. But that’s exactly how other technologies in the past have started out, whether it be the PC or the mobile phone or even the electric vehicle.

So, that’s what’s so exciting about Web3. You’re going to hear a lot more about it in the next year. I think it’s going to be a key investment theme not only of 2022, but throughout most of this decade. And that’s where we’re focusing our attention right now, not these old Web2 companies. I think that’s going to be the key theme of the 2020s.

I want to thank all of you for joining us this year. If you haven’t subscribed to our channel yet, please hit that subscribe button. If you like our content, please hit that like button. Any questions or any comments you might have about Web3? Please hit us up below, and we’ll be sure to answer them in future videos. 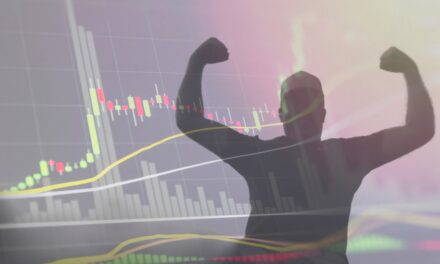 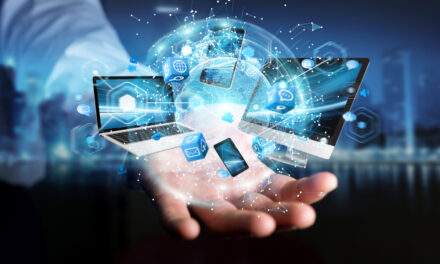