Unusual Options Activity: Nearly $10 Million Is Riding on These 2 Stocks 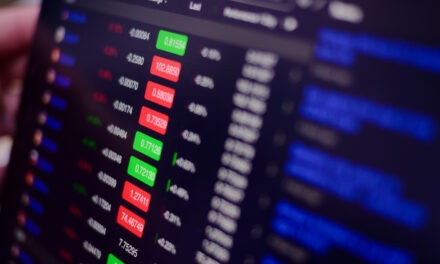 I hope you’re having a wonderful three-day holiday weekend.

The market is closed today to observe the Independence Day holiday.

But in True Options Masters, our research never sleeps.

And while you can’t jump into this week’s unusual options activity trades right now, I have two major big money bets to put on your radar.

The thing is, these aren’t short-term trades. These traders bought options that expire January 21, 2022. This gives you plenty of time to look into these companies and see if you want to follow the smart money.

And some true heavy hitters placed these trades. One is a $4.2 million bet and the other is a $5 million bet. Nearly $10 million is riding on these trades in total.

Let’s get right into it. Here’s what the smart money is trading…

First up is a $4.2 million bet on Cadence Design Systems (Nasdaq: CDNS).

This trader is eyeing the tech industry with this software and hardware company and they aren’t holding back.

They scooped up 3,000 contracts of the January 21, 2022 $135 call options. The option was slightly in the money when they purchased it (which means the strike price was above the stock price).

Every options contract represents 100 shares of stock. At $14 per share, that totals to $4.2 million on the line for the stock to rally 8% over the next six months.

For options with long expiration dates, you do have to pay a bit more in premium. But in this case, six months is plenty of time for an 8% move.

Take a look at the chart of CDNS below… 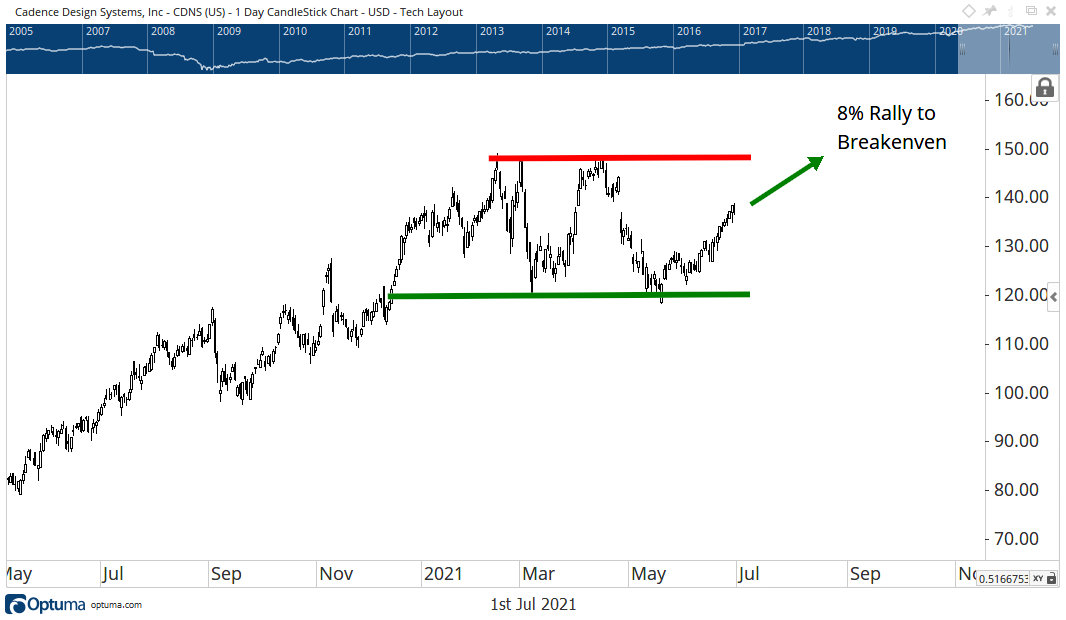 You can see the key resistance on the chart in red and support in green.

All this trader is betting on is for the stock to at least get back to the resistance level in the coming months. It’s hit it three times over the past six months, so it’s safe to assume it could hit it again before the January 21 expiration next year.

If the stock can rally to $163, just 20%, this trader would be in a position to double their money and net a $4 million profit.

A Daring Bet on a Volatile Stock

The interesting part about this trade is that they bought an “out of the money” option. The strike price, $19, was more than 10% away from where the stock was trading — roughly $16.50.

If the stock fails to jump 10%, this trader would lose all their money. In fact, they need the stock to rally 20% just to hit their breakeven price at expiration. 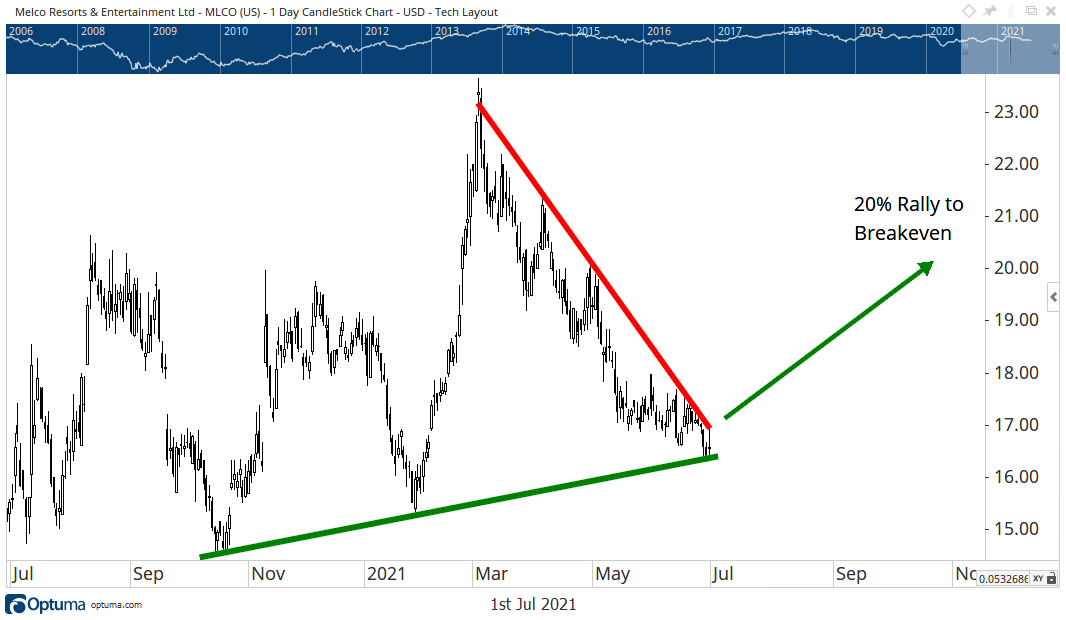 From the wild swings on the chart, you can understand why they’d be willing to place an “out of the money” option. This is a volatile stock.

Swings of 10% to 20% have been commonplace over the past year.

And since they bought the January expiration, they have another six months to see the stock rebound. Shares have dropped 30% since February, but that red resistance line is not likely to hold. It’s just too steep.

This trader is looking for a big, quick bounce to get them a nice payday.

And if the stock can find enough momentum to reach new 52-week highs over the next six months, this trader would be up more than $13 million in profit.

Large bets have the potential for large payouts — if they’re right.

Either way, when I see traders laying down millions on clear directional bets, I pay attention.

Players with this kind of capital aren’t typically willing to risk so much without confidence the trade will work out.

With that in mind, I want to quickly return to last week’s unusual options activity in Schrodinger (Nasdaq: SDGR).

At writing, the trade is down nearly 74% from the trader’s entry price. You’d think most big money traders would cut and run after a drawdown like that, but my scanner shows the trader is still holding on to the July 16, $85 calls.

That tells me the trader hasn’t quite given up yet. Perhaps they know something we don’t … and the stock will surprise us ahead of the options expiration in a couple weeks. For their sake, I hope it does.

Once again, I hope you’re enjoying the holiday. We’ll be back at it in earnest tomorrow. 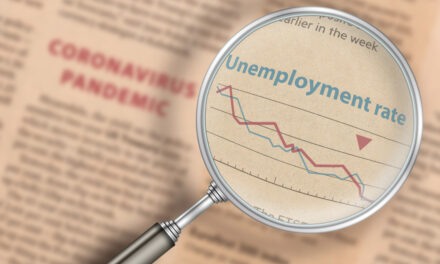