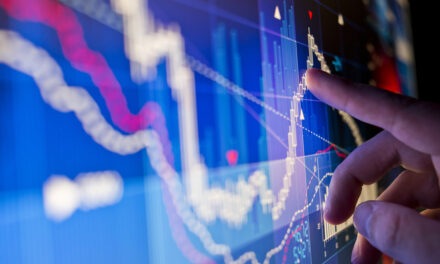 After the S&P 500 Index’s best August in 34 years, half of those gains were wiped out in a single day.

But the carnage was even worse for tech stocks. The Nasdaq suffered a one-day drop of 5% … its largest decline since the pandemic-driven March plunge.

But financial analysts struggled to identify the culprit behind the sudden downturn.

Now, here’s what I’ve found in my decades researching and investing in stocks.

When this type of sudden volatility emerges with no good explanation, you know a good story is about to come to light.

And that’s exactly what unfolded ahead of Labor Day weekend.

It appears that even “sophisticated” investors can’t resist the temptation of FOMO … the fear of missing out.

According to the Financial Times, the company recently loaded up on over $4 billion worth of call options on high-flying tech stocks. That gave the company the right to purchase another $30 billion in exposure.

Which now begs the question: Is this just a preview of a massive stock market bubble pop?

And more importantly, what should you do with your portfolio?

Bears have emerged to proclaim the bull market rally dead. But the truth is, we’re not about to see a repeat of the stock market disaster from earlier this year.

We were long overdue for a pullback.

Amid a record number of brokerage account openings through platforms such as Robinhood, amateur investors have piled into the most speculative names.

Tesla Inc. (Nasdaq: TSLA) alone has exploded nearly 400% higher this year, although the best evidence of a rally gone too far was nonsensical trading in stocks such as bankrupt Hertz Global Holdings (NYSE: HTZ).

And there were several technical factors I track that flagged the decline.

Let me give you a couple examples: 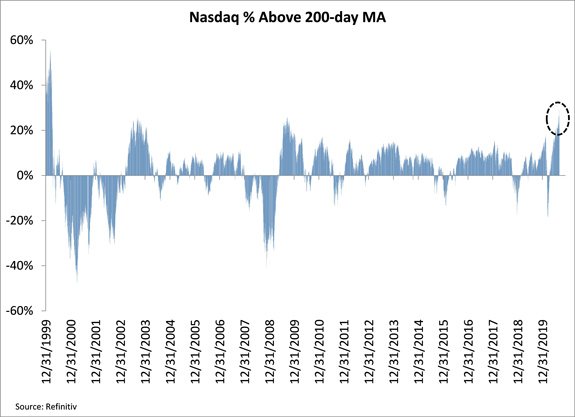 You shouldn’t be surprised to see further corrections in high-flying growth stocks.

How to Handle the Pullback

The sudden pullback is not the start of another bear market…

In fact, I see signs that new opportunities to profit are emerging.

Despite all the carnage in tech stocks, key market sectors have outperformed. That includes small-cap value stocks and companies operating in the transportation sector.

If things were about to get really ugly, these economically-sensitive stocks would’ve been smashed as well … just like earlier this year.

The rotation into more cyclical areas of the stock market is gaining traction.

It’s something that Ted and I have predicted on multiple occasions, including in a YouTube video last month.

And we’ve positioned the Bauman Letter portfolio to capitalize on this emerging trend.

Just last week one of our cyclical plays in the real estate sector jumped nearly 10% against a 2.3% decline in the S&P 500 Index.

And right now we’re putting the finishing touches on a report for Bauman Letter subscribers about yet another opportunity that combines manufacturing with the explosive growth in renewable energy.

So don’t fret over the turmoil of the past few days. The next group of market leaders is set to emerge and offer tremendous opportunities to profit.