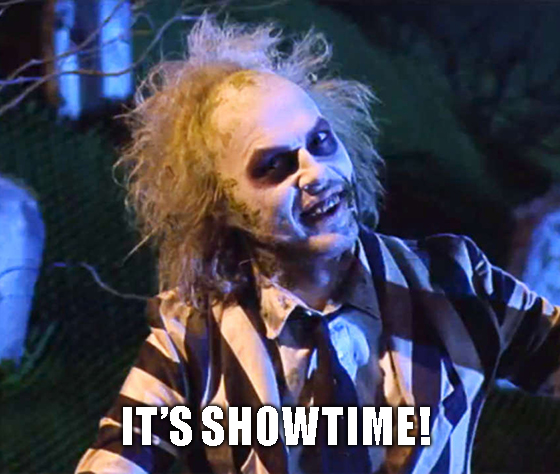 The Nightmare Before a Trade Deal

I hope you’re ready for a real old-fashioned Halloween, ’cause I’m long on tricks and short on treats today.

Of course, the U.S.-China trade deal is at the center of this endless nightmare. Earlier this month, President Trump tweeted that a “phase one” trade deal with China was finalized and ready to be signed.

To paraphrase Peanuts’ Lucy van Pelt, the funny thing about that phase one deal … it was never notarized. Trump administration officials “pulled the football,” so to speak, this week when they announced that this finalized deal may not be completed for next month’s Asia-Pacific Economic Cooperation (APEC) summit in Chile.

Luckily for U.S. officials, that meeting isn’t happening anyway. It’s like when you aren’t ready for a test and the teacher postpones it … only instead of a sick teacher, it’s because of civil unrest. Chile has canceled next month’s APEC summit in Santiago due to mass rallies, social distortion and widespread panic. (Anyone else having ’80s concert flashbacks now?)

So, we’ve got delays from the U.S. side and a canceled meeting due to civil mayhem. All we need now is for China to weigh in … and it has.

Reports emerged this morning that Chinese officials doubt that a comprehensive long-term trade deal will be reached. According to the infamous “people familiar with the matter,” China will not budge on the biggest issues, such as technology transfer and state-run businesses. China also wants the U.S. to cancel a new round of tariffs planned to take effect on December 15.

I’ve got that “the call is coming from inside the house!” feeling today, and it’s not just because it’s Halloween … and I’m working all alone in my house … and it’s dark and stormy … and something just fell downstairs.

Anyway, I’ve got this feeling because we’re trapped in a glitch in the Matrix. We’ve been stuck at “no progress is made” on the Great Stuff Trade War Cycle chart for more than two weeks. Something’s got to give … and soon.

Admittedly, even I was hopeful that I’d be wrong this time — that a phase one trade deal would happen and help push the market higher. I mean, I knew that a long-term deal was never on the table. I have no idea why Wall Street thought it was even a possibility given the current U.S. administration.

But that glimmer of hope is starting to fade fast with China’s latest comments, the U.S.’s incomplete phase one paperwork and the APEC cancellation.

All these delays are giving the “tweeter in chief” more time to say something that will potentially jeopardize the process once more — i.e., moving us into the “Administration is tough on trade with China” phase of the trade war cycle and toward the “market sells off on trade war fears.”

We’re getting a taste of that sell-off phase today due to Chinese doubts about a long-term deal. But a real decline won’t arrive without participation from the U.S. side. So far, Trump administration officials are exceedingly optimistic that a deal will happen.

And so far, that optimism is all that’s keeping investors from pulling a horror movie stunt — like hiding behind the chainsaws — and flooding Wall Street with red.

And there is an overabundance of optimism, as I pointed out with Tuesday’s CBOE Volatility Index (VIX) chart.

Of course, Great Stuff readers, you’re already prepared for just such a sell-off, right? I mean, you have the Trade War Cycle chart to follow. And you also have the keys to endless income and making money in a market downturn.

Wait, you lost those keys? Well, I have you covered … or, rather, Banyan Hill expert Ted Bauman does.

Click here for your own set of keys to the endless income empire!

Good: Coffee of the Undead 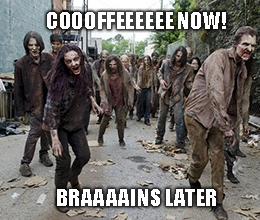 I’m convinced that if we brewed a strong enough coffee, we could raise the dead. And if anyone can do it, it’s Starbucks Corp. (Nasdaq: SBUX).

The company is already reviving millions of customers daily with its caffeine-infused concoctions. Last quarter, Starbucks raked in $0.70 per share peddling its pick-me-ups. That’s up 12.9% from last year and in line with the consensus estimate. Revenue was also par for the course, rising 6.34% to $6.7 billion.

Guidance was the coffin-cracker, however. Starbucks said it expects earnings of $3 to $3.05 per share on revenue growth between 6% and 8%. That’s slightly above Wall Street expectations.

Admittedly, the results weren’t enough to raise the dead, but they were enough to boost SBUX stock by more than 1% on a day when the markets are digging ditches.

Better: Death of the iZombie 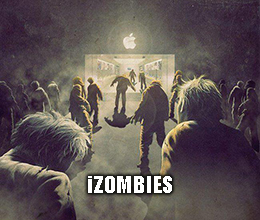 But it wasn’t the classic iPhone or iPad that lifted sales. In fact, iPhone sales declined for a fourth consecutive quarter. No, it was the company’s new cash cow, services. In fact, services revenue soared 18% to a record $12.5 billion.

The real kicker for Apple’s shares today, however, was its holiday quarter guidance. Apple projected sales of $85.5 billion to $89.5 billion for the Christmas quarter, topping expectations for $86.5 billion. Stocking stuffers such as AirPods and the Apple Watch are expected to sell exceptionally well.

Or so Apple hopes. Revitalized device sales, even if they are wearables, will help boost services revenue, which is slowly taking over as the company’s biggest source of new revenue. 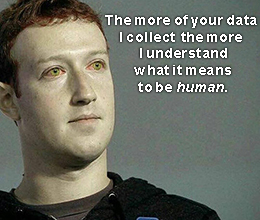 Despite the FTC’s record punishment, Facebook still beat the consensus estimate on both the top and bottom lines. Earnings jumped 20% to $2.12 per share as revenue soared 29% to $17.65 billion.

Advertising accounted for a whopping 98% of Facebook’s revenue. (I wonder how much of that was from the political ads Facebook is defending so adamantly?)

Mark Zuckerberg, Facebook CEO and part-time android impersonator, acknowledged the social media giant faces significant regulatory headwinds going forward. “A lot of the antitrust questions out there will be about our acquisition of Instagram. … At the end of the day, it is the FTC’s decision,” Zuckerberg said on Facebook’s earnings call.

Still, if a $5 billion fine from the FTC doesn’t materially impact Facebook’s growth, anything short of an actual forced breakup will likely not have an effect.

We’re diving right into the holiday spirit with Stephen A., who wrote:

In keeping with the Halloween theme, I think the man is getting scarier and scarier.

I have to say, “the man” really is a scary thing. But Stephen, you can’t let the man keep you down! When he tries, you just grab your copy of Great Stuff and … well, I don’t know what comes next, but you’ll think of something, I’m sure.

Next, we have Shane V., who takes the Ron Swanson approach to meatless investing:

I’ll be waiting for [Beyond Meat] BYND to return to the IPO price of $25 before I’m interested.

BYND at $25? Now that’s a scary thought. No offense, but unless we get a 4-for-1 stock split, I think you might be waiting a long time. Never underestimate the power of motivated millennials — it happens, you know, and it’s scary when it does.

Finally, we have Robert R., who thinks that every day is Christmas with Great Stuff:

I love Great Stuff! In-depth analysis and humor all in one neat, little package. It’s like getting a Christmas present every day. Well, maybe that’s going too far.

It scares me when I see new highs. It makes me wonder when the stock market apocalypse will start. With P/E ratios through the roof and staggering consumer and government debt in the stratosphere, I think it’s coming soon.

If Trump wants reelection, he better pray the party keeps going until November 2020.

Keep up the great work!

Thanks, Robert! I don’t think comparing Great Stuff to Christmas is going too far at all … but then, I’m clearly biased.

If you’re worried about the potential for a “stock market apocalypse,” as Robert puts it, then you must start preparing now. There’s no better time to prepare for a drop than when the market is at its highest.

But you don’t have to sacrifice portfolio returns even in a market crisis. Banyan Hill expert Charles Mizrahi has a very even-handed approach to value investing that can help guide you through this market morass.

Right now, Charles has a very lucrative opportunity in the tech sector that could ease those volatility war wounds. 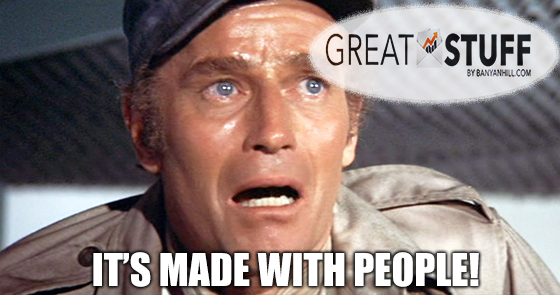 I’ve read that some of you really appreciate the broader market takes on things such as the Federal Reserve and U.S. trade war updates.