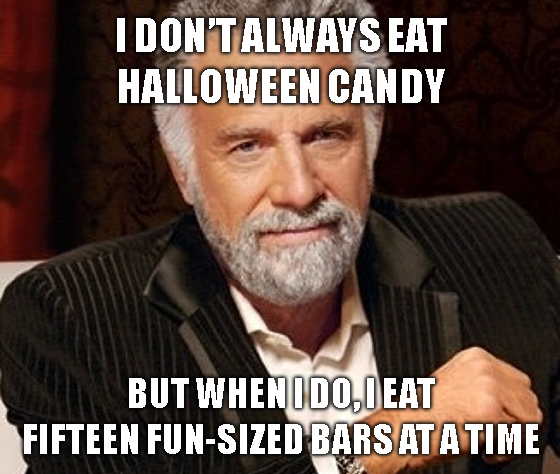 Let me set the post-Halloween scene in the Hargett house: If Alderaan were made of candy, and the Death Star blew it up in my kitchen … that’s what I’m living with right now. My girls are bartering candy like Jawas downstairs as I write this. (Oh, man … he’s making more Star Wars references!)

It’s both a blessing and a curse. Much like today’s October jobs report!

OK, that was a bad transition … sue me, I have a candy hangover.

The U.S. economy added a much larger-than-expected 128,000 new jobs in October, indicating an end-of-summer boom in the jobs market. Economists anticipated 75,000 new jobs. I don’t know who these “economists” are, but they’re not very good at their jobs. They keep missing these forecasts by wide margins. But I digress…

Driving the hiring boom were restaurants, which added 48,000 jobs. That food I’m ordering on DoorDash ain’t gonna make itself, after all.

But the U.S. jobs figure could have been a whole lot better — if it weren’t for the General Motors Co. (NYSE: GM) strike. According to the Bureau of Labor Statistics, the GM strike put some 50,000 people out of a job. Another 20,000 jobs were lost when temporary census jobs ended.

In short, the U.S. economy could have added an estimated 200,000 jobs last month absent these factors. But, as my grandmother used to say: “If ‘ifs’ and ‘buts’ were candy and nuts, we’d all have a party.”

That’s it for the blessing. The curse, meanwhile, is that the unemployment rate rose to 3.6% from 3.5%.

Honestly, it’s not much of a curse. The unemployment rate has been bouncing around this area for the past year, and it still remains near a 50-year low.

So, the U.S. economy continues to chug along despite calls for a recession. And yet, the Federal Reserve just cut interest rates again. It’s enough to make you go: “Hmmmm…”

We’ll come back to this topic next week when the candy hangover wears off. I’ve had more than a few Great Stuff readers ask about this exact topic.

Maybe I can get one of the Banyan Hill experts to weigh in as well. If there’s a particular expert you’d like to weigh in on the topic, email me at GreatStuffToday@banyanhill.com and let me know!

My, my, Great Stuff readers … I called it again!

In the September 23 edition, I said: “Alphabet Inc. (Nasdaq: GOOG) stands out as another potential suitor. It has a need for brand-name recognition in the wearables space, and it certainly has the cash for an acquisition.”

Of course, I’m talking about this morning’s news that Google has agreed to buy Fitbit Inc. (NYSE: FIT). Finally, this fitness product posing as a company has a home!

Google had the need in the wearables market and the cash, Fitbit had the hardware. It was a perfect fit.

The deal is going to make some adventurous investors very rich. Google is shelling out $7.35 per share in cash for FIT. That’s $2.1 billion for those not willing to do the math. Right now, the stock is up more than 15.5% on the news.

Google said it expects the deal to close in 2020, once it clears regulatory hurdles. 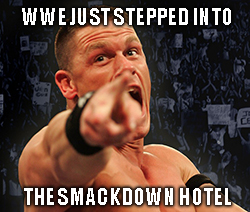 I have smelled (smelt? Whatever…) what The Rock is cooking … and I think he burned something badly.

Shares of World Wrestling Entertainment Inc. (NYSE: WWE) plunged more than 10% yesterday, reminding us of 1998, when the Undertaker threw Mankind off Hell In A Cell, and plummeted 16 feet through an announcer’s table.

Investors punished WWE — formerly known as “WWF” before the World Wildlife Fund sued in 2002 and told the wrestling association to get the “F” out — for lackluster earnings and lowered 2019 guidance.

But WWE is bouncing off the mat today, rebounding nearly 1% despite the bearish analyst news. 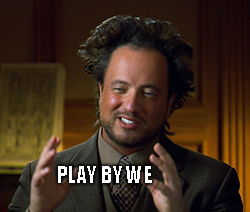 Watch out professional gamers, WeWork is coming for you.

Fresh off its failed initial public offering and SoftBank bailout, WeWork appears to be moving into the esports market. The company filed a trademark with the U.K.’s Intellectual Property Office for “Play By We.”

According to WeWork’s application, Play By We will provide “facilities for video gaming events” and is targeting “entertainment services in the nature of online video game playing and esports.”

Esports is one of the biggest buzzwords in the video game industry right now, with events raking in millions in the Asian market. The trend is even gaining considerable momentum in the U.S., as Banyan Hill expert Paul pointed out earlier this year.

That said, while WeWork has a history of talking a good game — an existential “tech” real estate company? Take my money! — it remains to be seen how the company will move forward with a business plan in esports.

The esports market is estimated at a value of about $1 billion for 2019, and it’s growing rapidly. Projections put that valuation near $1.79 billion by 2022. It’s an interesting play for WeWork, but investors should clearly stay away without more hard facts to go on. 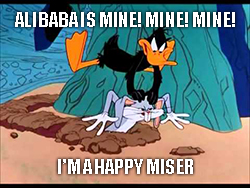 The Chinese internet giant once again posted impressive quarterly results, with earnings rising to $1.83 per share and revenue soaring 40% to $16.65 billion. What’s more, Alibaba has averaged revenue growth of 40% for the past two years. Eat your heart out, Amazon.com Inc. (Nasdaq: AMZN)!

And that’s not all. Cloud-computing revenue surged 64% to $1.3 billion, and mobile monthly active users jumped by 20 million to 785 million.

In short, Alibaba beat on every single metric Wall Street laid out for it. And it did so amid a U.S.-China trade war and slowing Chinese economic growth.

Despite these numbers, BABA shares are up less than 1% on the news. Investors just don’t have a taste for Chinese stocks like they used to … which is understandable given U.S.-China relations. I still think these investors are missing out.

If you want more proof on why you’re missing out, stay tuned for Alibaba’s Singles Day shopping event. It’s like Black Friday, but so much bigger. Last year, Alibaba reported its Singles Day sales reached $30.8 billion.

To put that in perspective, Black Friday, the biggest shopping day of the year in the U.S., only raked in $5.03 billion for all U.S. retailers.

Great Stuff: Rise of the BioBots

That really should be the rallying call for this new biotech revolution.

This isn’t Sara Conner’s postapocalyptic robot revolution. This is the health revolution of the future — today!

Or, if you want to connect on a more personal level, you can watch Nick present the biobot virtues in the video below:

And that’s not all … you also get this nice set of Ginsu steak knives! OK, not really. But you do have the chance to get in on an artificial intelligence investment opportunity that has already risen more than 33% since Paul recommended it.