Home » Economy » Government & Politics » Our Military Has Been Hijacked

Our Military Has Been Hijacked

Last Monday I wrote about the size of the U.S. military budget, and compared it — unfavorably — to the situation of the late Roman Empire.

Given the high status of the U.S. Armed Forces in our society, I expected some critical responses.

But I didn’t get any.

Every one of you who wrote in agreed that our military spending —and indeed, our military role in the world — is out of order … and as dangerous to us as it was to the Romans 1,800 years ago.

The critical issue is why we persist on this path … and your responses suggest an alarming answer.

Politics by Other Means 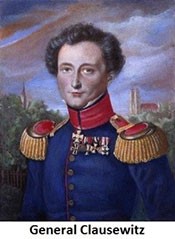 Prussian General Carl Philipp Gottlieb von Clausewitz was the modern era’s greatest military theorist. Unlike many of his contemporaries, who aspired to turn warfare into a rational and infallible science, Clausewitz treated it as an aspect of human social activity … like politics, religion or sports … and analyzed it as such.

So when Clausewitz said: “War is a mere continuation of politics by other means,” he didn’t mean it’s always deployed rationally to a defined end by self-aware political leaders.

He meant that it is an inherently unstable interaction of calculation, emotion and chance.

The same applies to the role of the military in broader society.

Most of us see warfare as a necessary evil. To make it more palatable, we treat serving and risking death as a noble sacrifice, the highest expression of service to kin and country.

That’s exactly what it is for most individual soldiers, sailors and Marines.

But for the politicians and businesspeople who control and supply the military, the latter’s nobility is a convenient political and emotional tool.

When abused, it turns everything associated with the military — including massively expensive and profitable weapons programs and ill-advised adventures such as our involvement in Libya — into just another way to “support the troops.”

Don’t ask questions … just put your hand over your heart and pay your taxes.

For most of our history, most ordinary Americans saw the military as an honorable institution, above politics and deserving of support.

Although our initial response to 9/11 was well-supported at home, the disastrous invasion of Iraq and its ongoing consequences — including the increasing use of battlefield techniques against citizens at home — led many of us to start to reconsider our carte blanche support of the military.

To such people — including many of you — it’s not that the goal of the military is wrong. It’s that selfish interests have hijacked and corrupted it:

I’ve watched our nation wage war for profit my entire life. We create conflict and rush to war to solve the conflict. Waste of money, but it does make a few families and politicians rich. I look at the world, and the nations that are doing better are the ones we don’t mess with. Sadly, we have become the bad guys, the evil empire. So many of our children get killed, maimed and mentally damaged, and for no real reason other than profit for a few.

I love America, but no one asked us to be the world’s cop. In many instances, we have taken on that role to protect our own economic interests, so we shouldn’t kid ourselves that we are this amazing humanitarian agency when we do not even treat our own population humanely.

A reporter asked Frank Zappa, who was critical of military spending, “Who do you think will defend the country without the army?” Zappa’s reply: “From what? The biggest threat to America today is its own federal government. Will the Army protect anybody from the FBI? The IRS? The CIA? The Republican Party? The Democratic Party? The biggest dangers we face today don’t even need to sneak past our billion-dollar defense system … they issue the contracts for them.”

Our military spending is completely out of control, not to mention the waste and the nonvalue factor. It is all about power and big money making more money at the expense of you and me.

Abusing … and Losing … Our Faith

A writer I respect said this the other day about Western-style democracy:

Special interests have abused our institutions to the point where they’re incapable of allowing the real desires of the voters to get through. The result is that every recent election — Brexit, USA 2016, France — has become a showdown between the hated status quo and someone who wants to tear the whole thing down. Most people, disillusioned by that choice, stay home, guaranteeing a result nobody wants.

Rampant abuse and self-serving behavior by our elites have destroyed public support for Congress, political parties, big corporations, banks and many other institutions essential to our society. Their favorability ratings are now in the low teens or single digits.

Until the other day — when its trust rating amongst young Americans fell below 50% for the first time in decades — the exception was the U.S. military. It was the most admired and respected institution in the country across all age groups.

What happens to a society when ordinary people come to see the last major institution they respect cynically, as just one more corrupted vehicle … through no fault of its own, but through its abuse for the purposes of self-enrichment and political power?

What happens when people lose faith in the last solid thing they believe in?

Sadly, we may soon learn.

P.S. While our attention has been focused on overseas military conflicts, Congress has quietly passed a 700-page act that may have made your retirement account obsolete. There’s a new kind of account that offers a 100% tax-free benefit … potentially adding an extra $591,000 to most people’s nest egg. To learn why an (H)IRA is a much better way to retire, click here.