The collapse of oil prices has convinced many investors that U.S. oil is dead. However, that couldn’t be further from the truth.

From July 2014 to January 2016, the price of oil fell $78 … a decline of 74%. A wave of devastation passed through the industry as company after company went bankrupt. Prices recovered, but only partway. Now, U.S. crude trades between $40 and $55 per barrel.

The common perception was that this would spell the end of U.S. shale. Saudi Arabia gambled its own fortunes on that idea. Rather than cut its own production to keep the oil price high, Saudi Arabia did the unthinkable and produced more. That helped push the oil price to its lowest point in over a decade.

The Saudis hoped to sink U.S. oil production so that they could reclaim the market. It didn’t work…

Today, the U.S. oil industry isn’t dead — far from it. The chart below shows how the price collapse affected production: 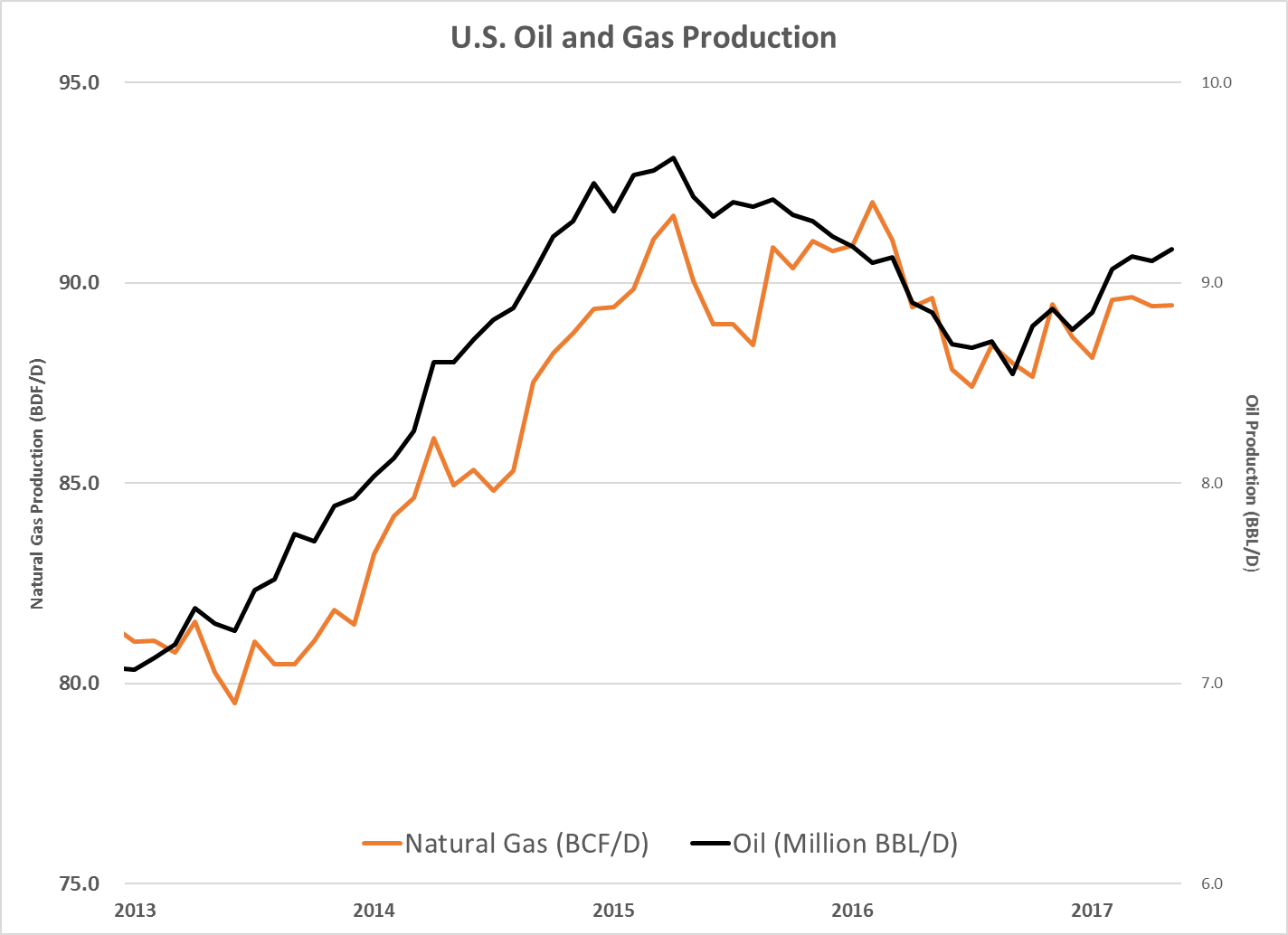 But that certainly isn’t the case for all the production. Today, there are plenty of companies that can drill and produce oil profitably. That’s why we’re seeing a resurgence of oil production in the U.S. Invest accordingly.

A 10%-Plus Drop Is Imminent for This Commodity