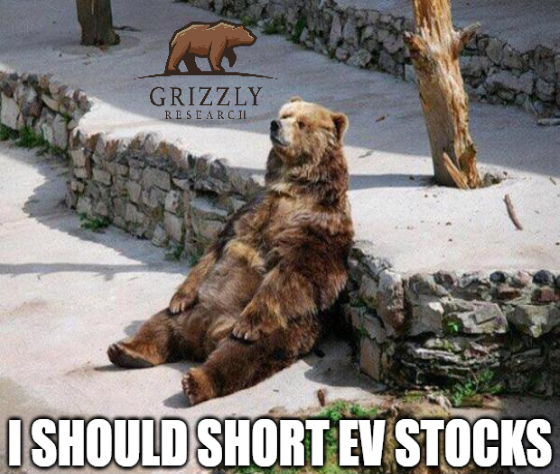 It’s not quite Fourth of July weekend yet, Great Ones, but that didn’t stop the fireworks from flying in Nio’s (NYSE: NIO) neck of the woods this morning.

Yeah, it didn’t stop my neighbor at 10 o’clock last night either…

I’ve been there … and you have my deepest sympathies (especially if you’re a pet owner).

Grizzly believes Nio’s sales to Wuhan Weineng Battery Asset Co. — a company that Grizzly says was formed by Nio and a few investors — have unjustly propped up Nio’s revenue by about 10% and its net income by 95%.

Hey, whose side are you on? I get it. Grizzly’s claims aren’t “pushing trucks downhill” kinda exciting for investors on the sidelines, waiting with popcorn in hand.

Nevertheless, Nio quickly fired back that the report “is without merit and contains numerous errors, unsupported speculations and misleading conclusions and interpretations regarding information relating to the Company.”

It’s spicy stuff over in the EV world, I assure you. Still, the typically tight-lipped Nio is siccing all its auditors on the case to review Grizzly’s allegations and act accordingly.

Basically, show me the money … and the receipts, while you’re at it.

So what is this Wuhan Weineng Battery Asset Co. that Grizzly has in its … umm … bear claws? (Yeah, that kinda works.)

Y’all might remember that Nio’s been experimenting with a battery-swap program, where EV owners just … swap batteries instead of recharging.

It’s not “hydrogen power” levels of innovative, but for battery tech, it’s potentially innovative — “potentially” here meaning, you know, not inflating your sales.

So customers can sign up for this “battery as a service” through Wuhan Weineng, which then provides the actual battery replacement subscription. According to Grizzly:

Instead of recognizing revenue over the life of the subscription (~7 years), Weineng allows NIO to recognize revenue from the batteries they sell immediately.

As for whether or not Nio has been using these accounting games to inflate its sales figures … that’s not for Great Stuff to decide. What do I look like, an EV income auditor?

No, siree — but I have something to tell y’all by auditing the court of public opinion.

We all know how Mr. Market works by now. You said “short seller?” I heard “sell sell sell.” Never mind the fact that we still don’t know if Grizzly’s claims are legit or not, the desired effect has been achieved: Nio stock dropped 7% on the report.

Of course, Nio regained 3% once the company clapped back at the short seller report — because honestly, what else was Nio to do? Say “lol, yeah, you caught us fibbing?” Absolutely not.

We’ll be hearing from Nio’s lawyers — er, auditors, next.

If all this sounds a bit familiar, it should. Pretty much every major (and some minor) EV maker has been in the short-selling crosshairs before. If the stock’s a-droppin’, it’s mission accomplished for the short sellers.

My question for you is: Should this be, you know, possible? Should short sellers be able to throw out ridiculous claims to move stocks … or is that market manipulation by another name?

Let us know in the inbox: GreatStuffToday@BanyanHill.com.

After you’ve shared your thoughts, feast your eyes on something else that has the EV industry head over heels today:

It’s what Charles Mizrahi calls “the Forever Battery,” and it will be the biggest story in the automotive industry for at least the next 10 years … probably more.

That’s a bold statement, but as you’ll see here, the technology could reshape everything about our lives and our planet.

Luckily, from an investment standpoint, you still have time to get in. The battery revolution is just starting to crank up.

In fact, Charles says he’s uncovered the No. 1 stock to profit from the situation.

‘Tis The Season … For Bland Chicken 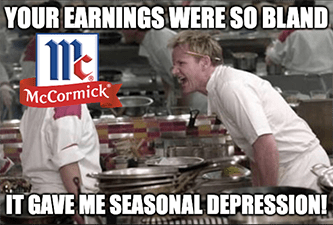 The company’s earnings came in way below estimates at just $0.48 per share. Revenue also disappointed, dipping to $1.54 billion — down from $1.56 billion this time last year.

McCormick also said it expects a whole host of issues to impact its performance for the rest of 2022 — including unfavorable foreign currency rates, inflation, China’s COVID crackdown and the Ukraine/Russia war.

This outlook was way too spicy for Wall Street, and MKC stock tumbled 4% today. 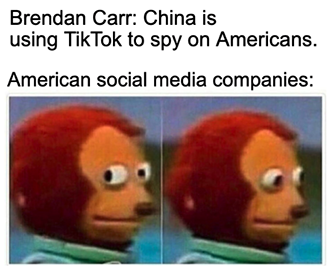 If you thought time-consuming social media app TikTok only existed so people could share viral videos and memes with one another, think again.

According to Brendan Carr, a leader of the U.S. Federal Communications Commission (FCC), TikTok is a wolf in sheep’s clothing: “At its core, TikTok functions as a sophisticated surveillance tool that harvests extensive amounts of personal and sensitive data.”

That … umm, sounds like every social media app, no?

Well, yes. But the problem is that TikTok is headquartered in China … and we all know how the U.S. and China feel about sharing information with one another. That’s why Carr, via the FCC, wants Apple and Google to remove the app from their stores — permanently.

So much for China and the U.S. turning a corner on privacy concerns.

Where The Party At?

Not at your Airbnb (Nasdaq: ABNB) rental, that’s for damn sure.

After putting a temporary ban on “party houses” back in 2020, Airbnb is permanently closing the door on all open-invite gatherings for houses on its app.

To prove it’s super-duper serious about being a killjoy, Airbnb’s promising to permanently ban anyone who’s caught violating its terms. Maybe CEO Brian Chesky and Brendan Carr should link up. 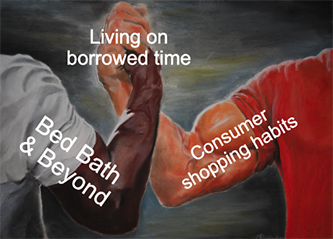 Mark Tritton isn’t so much stepping down as CEO of Bed Bath & Beyond (Nasdaq: BBBY) as he is getting booted from the company by its board members.

With activist investors circling like bloodthirsty sharks and Bed Bath still — still — hemorrhaging losses every quarter, it was either cut bait on Tritton or admit consumers just don’t want the overpriced junk the company has to offer.

New leadership under interim CEO Sue Grove may keep Bed Bath afloat for now. But if inflation keeps ratcheting up … and we all know it will … look out below, BBBY investors.

I kid, I kid. It’ll still be a long while before Sony (NYSE: SONY) has the infrastructure in place to rival Microsoft’s (Nasdaq: MSFT) gaming grid now that it’s buying up Activision-Blizzard and closing the gaming console curtain.

But that’s not stopping Sony from trying to become its Big Tech brother.

Since people clearly aren’t prepared to abandon their PCs for console-only gaming, Sony’s rolling out its own line of PC gaming gear under a new brand called Inzone.

For now, Sony’s testing the waters with a relatively small hardware selection that includes three different types of headsets (thrilling) and two monitors. But it sets the stage for Sony to move beyond PlayStation consoles, which it will need to do if Sony wants to stay competitive in the gaming industry.

Sony stock climbed less than 1% today on the news… And somewhere, a Microsoft exec had a good laugh.

If you have thoughts to share on Airbnb’s fun ban, Sony’s best attempt at becoming Microsoft or Nio’s nosedive … drop us a line! GreatStuffToday@BanyanHill.com is where you can reach us best. 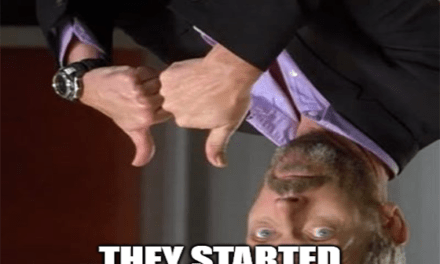 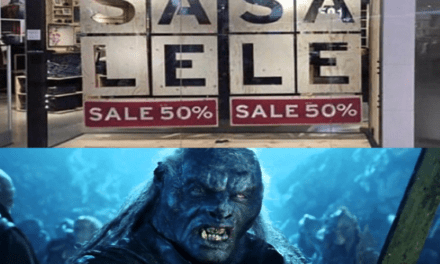 The “Stuff” Surplus Has Started; Like Taking Candy From Buybuy Baby