Home » Great Stuff » Flipping Off The Housing Market; These Boots Weren’t Made For Walking 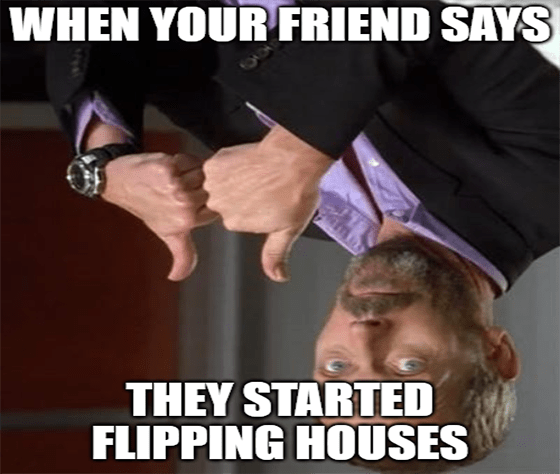 ‘Cause This Is Shiller

It’s close to 9 a.m., and something evil’s lurking in the dark.

No, it’s not “Thriller” under the moonlight — it’s the latest Case-Shiller Index!

I know, I know. The widely used gauge of housing market health isn’t so much “thrilling” as it is … chilling? Yeah, let’s go with “chilling.”

You see a sight that almost stops your heart: the first signs of house price acceleration easing — albeit a slight slowdown. And I mean very slight.

March’s Case-Shiller Index showed house prices rising at an annual pace of 20.6%. This morning’s report saw that figure falling to 20.4% for April.

Yay! That’s the sound of the bubble popping, right? We’re all saved!

Ha… Not quite. In case you didn’t notice, we’re in June now (almost July) and still looking at price action for April.

As such, the Index is what those in the biz would call a trailing indicator, and the actual housing market situation right now could be in far, far worse shape.

We noted last month that mortgage financing has become more expensive as the Federal Reserve ratchets up interest rates, a process that had only just begun when April data were gathered.A more challenging macroeconomic environment may not support extraordinary home price growth for much longer.

You catch all that?

I predict this won’t be the last time we see this “price deceleration” in the Case-Shiller Index — yet that’s not the only crosswind hitting the housing market.

Remember that time when Great Stuff noted how the only people buying houses now are “only the most well-off and financially secure” folks? Oh, and the “permanent capital” of Wall Street institutional buyers?

One in 10 houses sold in the first quarter of this year was flipped, meaning bought and sold within a year. All y’all who viscerally remember the house-flipping craze of the mid-2000s will be glad (or terrified) to know … this is the highest level of flipped homes since 2000. Oh, happy days.

Of those 114,706 flipped houses, two-thirds of the flippers paid in cash … or zero financing whatsoever.

I’m gonna venture a guess that these aren’t your average first-time homebuyers. This is Wall Street … or Main Street pretending to be Wall Street as everyone tries to pile into the wannabe landlord market before it’s too late.

ATTOM, which runs a national real estate database, notes that the moneymaking potential for house-flipping is dropping, and that “profit margins sank to their lowest point since 2009.”

So let’s get this straight:

• We have a metric #&@% ton of people who want to buy houses but have been priced out to live in renter’s purgatory.

• We have homebuilders trying to meet demand who literally can’t due to the supply chain — and now, that demand is weakening.

• We have flippers/investors with uncompete-able (yeah, that’s a word) amounts of cash buying up remaining properties as investments.

I hate to ask, but … what comes next?

For buyers and sellers, the road ahead will require more flexibility in pricing, brushing up on negotiation skills, and acknowledging that market conditions today are different than even six months ago.

Translation: You need to prepare to lose money on those home “investments” you made.

Buyers who need financing are finally starting to hesitate when outbidding other buyers for properties. But cash buyers are able to keep flipping and fixing in a higher interest rate market … until eventually they, too, are priced out.

Any guesses as to when this will all come crashing down, Great Ones? Place your bids here: GreatStuffToday@BanyanHill.com.

Great, so now that we’re all appropriately bummed out, got anything that could actually … idk … make us money as all these pretty houses burn down around us?

Oh, you better believe I do!

This strategy is all you need to make simple trades and profitable returns in a week or less in any market. It’s called One Trade, the culmination of over 30 years of Mike Carr’s research from his illustrious career as a star trader.

The Good: Nike Kicks It Into High Gear 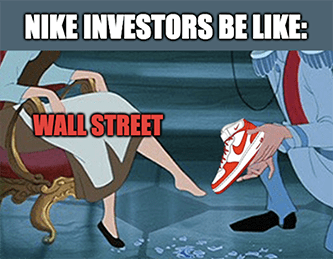 With inflation spiraling out of control across the country, you wouldn’t think so many people would still be buying name-brand shoes. (I mean, you have your priorities when it comes to spending your paycheck … and I have mine.)

But Nike’s (NYSE: NKE) new earnings report tells a different tale: Loyal customers are still spending money on the company’s products, even if inflation pains them to do so.

For the quarter, Nike managed to sneak by Wall Street’s expectations, earning $0.90 per share on revenue of $12.2 billion. That’s in contrast to the $0.80 per share the Street projected.

Nike’s North America business was off by about 5% this quarter, but by focusing less on wholesale partnerships and more on selling directly to shoppers, the company kept more of the money from the products people bought.

According to Friend, not only is production surpassing pre-pandemic levels, letting inventory flow into Nike’s “largest geographies,” but the company isn’t seeing any changes in consumer shopping habits … yet.

Was it a complete knockout quarter for Nike? No. But with retail investors remaining on high alert for the next shoe to drop, Nike’s report provided a rare bit of hope that inflationary concerns might be brought to heel … or at least successfully managed.

The Bad: Boots Of Expensive Leather 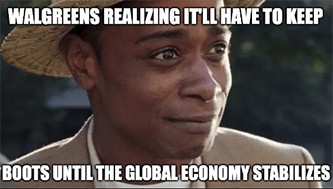 Turns out, now’s probably not the best time to try to sell a multibillion-dollar branch of your business — as Walgreens Boots Alliance (Nasdaq: WBA) is finding out the hard way.

For those of you not up to date on all your friendly neighborhood pharmaceutical happenings, Walgreens has been trying to sell the “Boots” segment of its UK operation for a while now.

Technically, its No7 Beauty chain is also up for grabs … if any Great Ones have an über-rich relative with several billion dollars to throw around. (In that case, let’s be friends.)

And with the global financial market being what it is — Not great, Bob! — it’s unlikely that Walgreens will get the kind of offer it wants to let these business segments go.

So what’s Walgreens’ solution? Give up entirely, as it would seem:

WBA has decided that it is in the best interests of shareholders to keep focusing on the further growth and profitability of the two businesses.

If you can’t beat ‘em, keep ‘em … or something like that.

The Ugly: Well, That Was Awkward 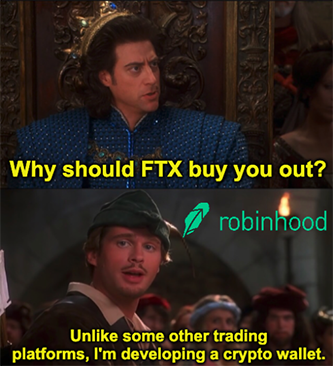 I guess the infamous “people familiar with the matter” aren’t always as informed as they’d have us believe, Great Ones.

After a recent Bloomberg article said crypto exchange FTX was interested in acquiring digital trading platform Robinhood (Nasdaq: HOOD), Chief Executive of FTX Sam Bankman-Fried had to clear up the matter right quick before any more rumors started to churn:

We are excited about Robinhood’s business prospects and potential ways we could partner with them, and I have always been impressed by the business that Vlad and his team have built. That being said there are no active M&A conversations with Robinhood.

That’s … awkward, considering Robinhood’s stock got a rush of new buy orders (and climbed 14%) on Monday after investors caught wind of the potential sale.

It seems everyone would feel a whole lot better about Robinhood’s prospects if fearless leader Vlad wasn’t the only one charting the course on the company’s new crypto wallet endeavor … or figuring out how to reactivate Robinhood’s crumbling daily active user count, which is down to 15.9 million from 17.7 million a year ago.

For now, investors will need to wait for another Hail Mary to come along and save Robinhood from itself.

The way HOOD stock’s been trending, they may not have to wait very long before its plummeting share price catches the wandering eye of another crypto exchange … or one of the big boy brokerages Robinhood pretends to be.

In real crypto news, Ian King says this recent downturn is actually good for the crypto market … because it’s setting up what could become one of the biggest rallies we’ve ever seen.

However, Ian says that not every coin will survive this latest pullback. That’s why it’s important to understand which cryptos have staying power and which could cause your portfolio more harm than good.

Learn which cryptos are safe by clicking right here.

After you’ve checked that out, write to us whenever the market muse calls to you! GreatStuffToday@BanyanHill.com is where you can reach us best. 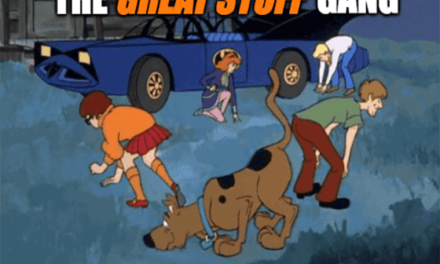 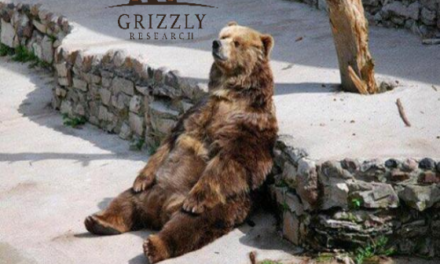