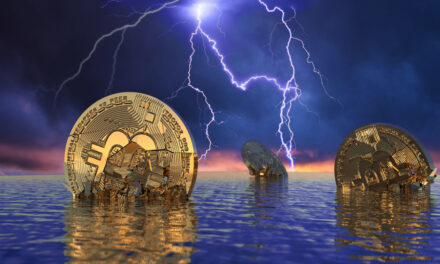 Summer 1995: I was working on the Jersey Shore as a beach lifeguard, Braveheart was the biggest movie in theaters and Major League Baseball was on strike.

But the biggest event in my household was a new subscription to AOL.

AOL introduced everyone to the internet, bringing the World Wide Web to millions of households.

But by the early 2000s, AOL started to fade away. Its dominant lead as an internet company was usurped by more nimble upstarts such as Google and Amazon.

In the next few years, the same pattern is likely to play out in the crypto markets as bitcoin loses market share to a wave of more useful cryptocurrencies.

What AOL Can Teach Us About Bitcoin

In the ‘90s, AOL introduced Americans to the World Wide Web with a disc that could connect your home computer to the burgeoning world of cyberspace.

AOL offered email, a new way to communicate announced by the iconic catchphrase, “You’ve got mail!”

By the end of 1994, AOL had brought 1 million households online. A year later, that number grew to 5 million, as it added AOL Instant Messenger (AIM) to let users communicate instantaneously online. Its network effect grew.

In the mid-1990s, most people viewed the internet as a passing fad. There was no dot-com bubble yet. There was no Google or Amazon, and certainly no social media. Mark Zuckerberg was still in grammar school.

However, at the turn of the millennium, AOL was the nation’s largest internet provider with 20 million members. Its stock had risen 70,626% from its 1992 initial public offering, with a market cap of $125 billion.

That was the top. For AOL, it was all downhill from there. Soon after, the company merged with the iconic media brand Time Warner.

In the next few years, AOL Time Warner failed to live up to the combined company’s growth expectations. It couldn’t fend off challenges from more nimble internet startups such as Google and Yahoo. Its dominant market share as an internet service provider slowly eroded away.

AOL sparked the dot-com bubble and bust. While the overwhelming majority of dot-com stocks went kaput, the ones that survived the bust — Amazon, eBay and Priceline — are multiples larger than they were 20 years ago.

As they say, history doesn’t repeat itself, but it often rhymes. There’s a similar occurrence playing out in the cryptocurrency markets right now.

Bitcoin: Dethroned as King of Crypto

Bitcoin is to crypto as AOL was to dot-com. It was the first cryptocurrency to gain widespread acceptance. It introduced the idea that something of digital value could be safely sent across the internet without the need for a middleman.

Like the internet in the mid-90s, blockchains and their native cryptocurrencies offer a new way of bringing the physical world into cyberspace. They’re also looked at as a passing fad.

Nothing could be further from the truth.

Bitcoin is the first iteration of cryptocurrency. It serves as a “digital gold.” However, like gold, most users would rather store it than spend it as a hedge against runaway fiat spending. Ironically, this means bitcoin’s value as a true form of money has its limitations.

All of that is changing. Ethereum is bitcoin 2.0. It’s a form of programmable money. Specifically, it’s a standardized token that can be programmed for specific digital use cases — such as buying cloud storage, computational power or network bandwidth.

It takes all the properties of bitcoin that make it money (durability, portability and scarcity) and builds on them.

Ethereum serves as the base for new cryptocurrencies that power the burgeoning space of decentralized finance (DeFi). These new tokens can be programmed to recreate traditional financial infrastructure to allow for digital trading, lending and derivatives.

By using a cryptocurrency, the new world of finance can be conducted without a middleman. You won’t need an institution such as Bank of America to lend you a line of credit or an online broker such as Schwab to settle your stock market trade. All of these financial practices can be handled autonomously.

DeFi is growing exponentially. According to DeFiPulse.com, total value locked in decentralized finance protocols has skyrocketed to over $6 billion recently. That’s up over 500% from under $1 billion in May:

The largest project, Maker DAO, allows for a USD-pegged token that’s backed by crypto collateral. This allows anyone with internet connection access to something that represents the USD. And they can purchase and trade this USD-pegged token without the need for an intermediary such as a bank or a government institution. It can also be sent as easily as sending an email.

This is why central banks around the world are working on central bank digital currencies. China is pushing for a decentralized yuan, and launched the underlying blockchain in April. They realize this technology is here to stay and will revolutionize the traditional financial markets. It’s better to get ahead of this wave of innovation than be caught off guard.

Outside of national currency-pegged crypto tokens, the other low-hanging fruit is the securities lending industry, which generated $8.66 billion in 2019. In this scheme, your broker lends your stocks or bonds to someone else that wants to borrow them to trade on margin and pocket the rate paid by the borrower.

These are only two ways cryptocurrencies are targeting traditional finance but many other markets such as insurance, derivatives and security tokens are on the way.

These new techniques will soon make bitcoin’s technology look as outdated as AIM.

P.S. If you’d like to stay up to date on other technologies that are set to disrupt everyday life as we know it, make sure to join my Automatic Fortunes service. I have my readers positioned to profit as trends such as 5G, self-driving cars and precision medicine skyrocket. To learn how you can join today, click here. 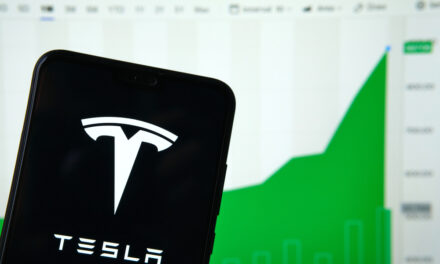 Is Tesla the Next Bitcoin? 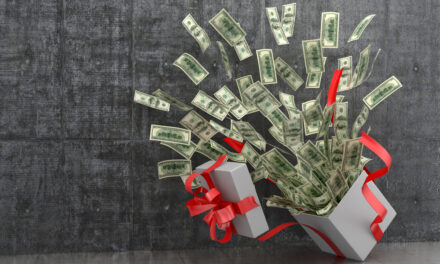 The Surprising Stocks Set to Soar Next