Home » Investment Opportunities » Get Ahead of Holiday Shopping: Retail Stocks Are on Sale

Get Ahead of Holiday Shopping: Retail Stocks Are on Sale

Most investors are focused on the market meltdown in recent days.

But they’re missing a great opportunity — and important all-clear signal — that was handed out last week amidst the carnage on Wall Street.

The opportunity? The chance to buy retail stocks on discount ahead of the year-end holidays.

And the all-clear signal?

It’s an important one because of its source: the bond-rating behemoth Moody’s Investors Service.

The “Death of Retail” Was Overhyped

Granted, I’ve been telling you to buy retail ETFs like the SPDR S&P Retail ETF (NYSE: XRT) for more than a year.

The whole “death of retail” thing was way overhyped. Retailers’ stocks were too cheap. Americans’ wage and employment gains made retailers a screaming buy. 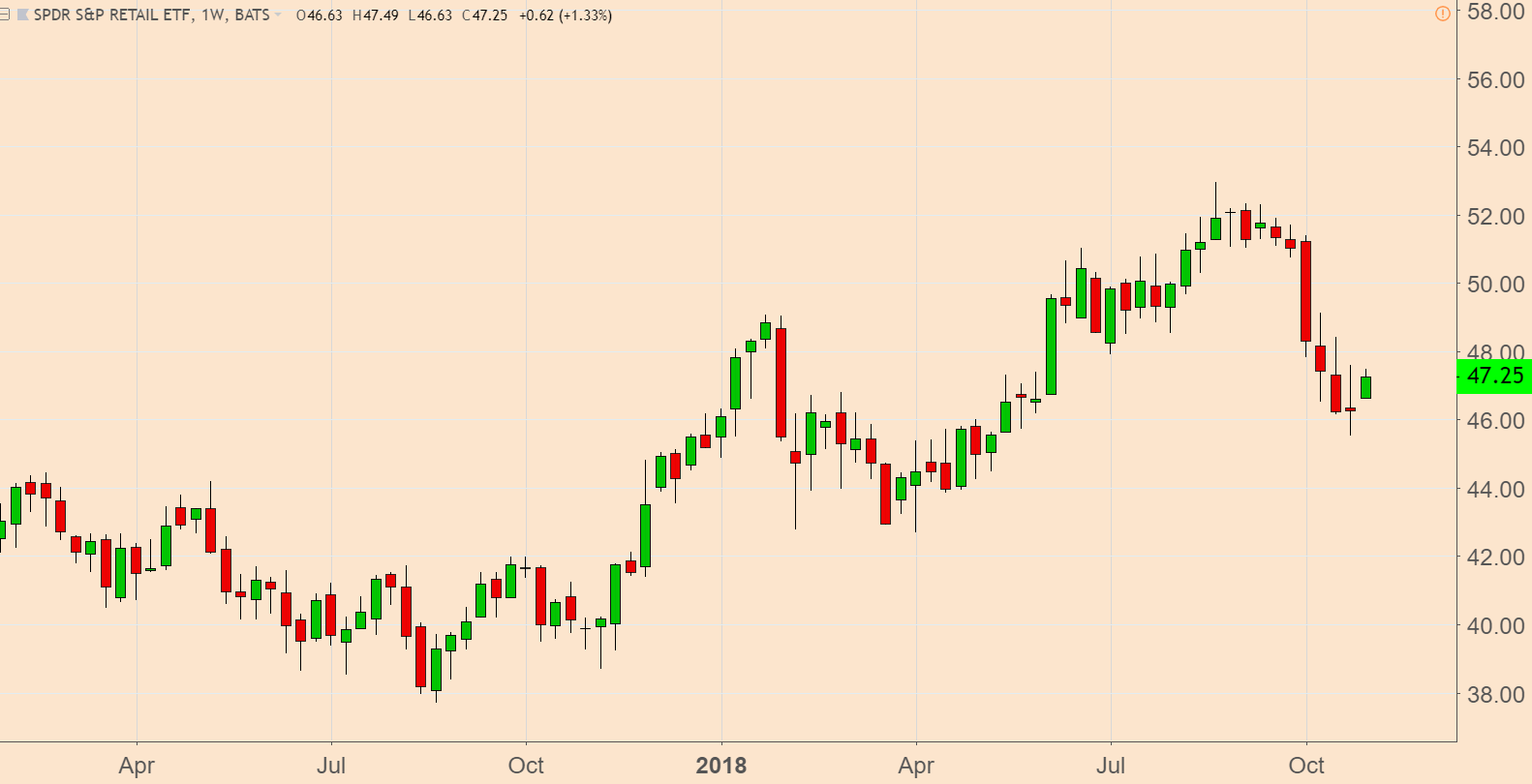 The individual stocks I’ve recommended to subscribers in the Total Wealth Insider model portfolio are up more than triple that amount — with plenty left to go.

So when Moody’s changes its outlook on America’s retail sector to “positive” — for the first time since 2015 — it’s an important (though late) confirmation.

Best of all, latecomers now have a second chance to buy into this sector at a discount.

The sell-off in the stock market in the past month knocked down the prices of most retail stocks by at least 10% or more.

The National Retail Federation expects Americans’ holiday spending to hit at least $717 billion and rise by as much as 4.8% this year. 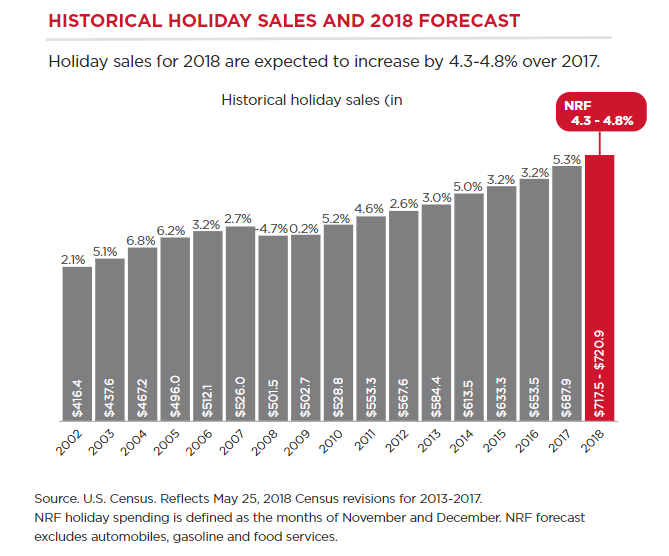 And what to make of Amazon.com Inc. (Nasdaq: AMZN)’s disappointing year-end forecast?

The company recently said it expected fourth-quarter sales to hit a range of $66 billion to $72 billion for the period, which was less than analysts’ forecasts.

Perhaps that’s a reason to be pessimistic on holiday sales and retail in general?

Well, as I noted more than 18 months ago, Amazon’s competitors are learning how to do online sales every bit as well. It’s possible that those inroads are finally making a dent on Amazon’s results.

How else to explain why a stock like Walmart Inc. (NYSE: WMT) is up 20% since July 1 while Amazon’s shares are down more than 8% over the same period?

And that’s just Walmart. It gets a premium from investors because it’s the biggest bricks-and-mortar retailer in existence.

But plenty of other retailers — those with a presence in malls and stand-alone stores — now generate substantial amounts of profit from their online divisions.

Retail Stocks Are on Sale

Despite some predictions of a recession for 2019, the overall outlook for American consumers remains robust.

The latest estimate from the Commerce Department pegs second-quarter gross domestic product growth at an annualized rate of 3.5%.

With spending like that, the holiday period ought to be very kind indeed to retailers.

It should be even better for investors who buy their stocks now while they’re on sale.

When Everyone Is Selling, It’s Time to Buy